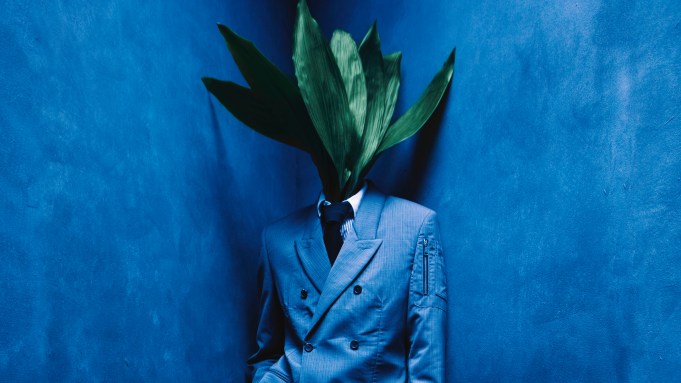 The Nigerian designer born in New York and raised in the U.K. is a recent recipient of the Karl Lagerfeld Prize at the 2022 LVMH Prize Competition and plans to put his 150,000 euro winnings toward building e-commerce infrastructure, online marketing and hiring a product manager in Italy where the label is based.

Balogun set up shop in Vicenza to develop his contemporary men’s collection comprised of modern takes on traditional menswear, drawing from time spent in Nigeria during his childhood and his tutelage on Savile Row. Winnie NYC boasts luxe basics produced with a tailored sensibilities, like shirts with raglan sleeves, nuanced pockets and jackets and cargo pants. The label’s price point ranges from for $285 for a hoodie to $500 for trousers, and up to $1,745 for a sheepskin leather jacket.

Prior to launching Winnie NYC in 2018, Balogun was senior director of menswear for Tom Ford’s made-to-measure business, owned a factory in New York City where he produced his line, and though he’s now in Italy producing the label, the ultimate plan is to bring things back to New York.

Operating in Italy has its advantages. In addition to production, the brand is closer to Paris where it has been a regular at Paris Fashion Week since its second season.

Since the label’s fall 2021 collection, Balogun has teamed with an artist for inspiration, beginning with Tau Lewis and the late South African contemporary visual artist Dumile Feni for the fall 2022 line. For spring 2023, he looked to artist Alida Rodrigues whose work on perception and identity informed the collection look book that has a half person, half plant modeling a double-breasted suit with zipped shoulder pocket. He also held an installation during Paris Fashion Week where clothes were suspended in midair and in different expressive formats, inviting attendees to feel the fabric and interact with the line.

“I discovered Alida’s work and I loved it and I decided to reach out to her,” Balogun said. “I don’t like to take directly from someone’s work. It was a true collaboration, because I pulled from conversations and what I want her work to represent. She was extremely involved and an amazing collaborator.”

Balogun was on a shortlist of designers invited to participate in the LVMH Prize in 2022, and along with Eli Russell Linnetz’ brand Erl, took home the Karl Lagerfeld Special Jury Prize, 150,000 euros and a year of mentoring, though Steven Stokey-Daley of London brand S.S. Daley won the overall 2022 prize.

“It was crazy to be honest,” Balogun said of the experience. “One really amazing thing was meeting other designers that started brands during or through the pandemic. After being in the pandemic for so long, it felt good to have the judges see and feel the clothes.”

But his participation almost didn’t happen. Part of the collection was stuck in Customs so he took random past styles in his closet to augment the offering. “It worked in our favor, because the one comment we got is I could take [everything in] this booth and wear it and add it to my closet,” Balogun said.

Balogun named the label after his grandmother who passed away prior to his 2018 launch. “She was so supportive of me and my career path and embarking on this fashion journey,” he said. “After she passed it was a moment of introspection. I’ve worked at Burberry [as director of menswear] and at Tom Ford, but I didn’t get to show her all of this. So I decided to start something in her name as an ode to her.”

Long before establishing his own label, Balogun, at 14 years old, went door to door asking for an apprenticeship and was eventually hired at Hardy Amies where he was recruited by Christopher Bailey who, at the time, was at Burberry as design director. “Bailey offered me a job but I didn’t do it because I didn’t know what design was,” Balogun said.

Instead, he moved to the U.S. to study at the Fashion Institute of Technology and to work for bespoke clothier Duncan Quinn. He finally joined Burberry in 2013 and then at Tom Ford, where he said he learned the most as a designer.

“Hardy was traditional craftsmanship and Burberry was a business that tried to cater to different customers. Tom Ford married the two. He took fashion as a scope with detail and scaling. It was almost Savile Row, and married the Burberry approach,” he said.

Phase one for Winnie NYC was growing the wholesale business, which has experienced “solid growth especially in the last three seasons,” Balogun said, due to lifted restrictions, merchandising and the look book. Bloomingdale’s, Ssense, Matchesfashion, Mytheresa, Highsnobiety, Nitty Gritty and 10 Corso Como are some of the retailers that have stocked his line and are expected to feature his pieces this fall. For spring 2023, new doors will include Eraldo and Quaranta in Italy, as well as Cave, Volga and Tessabit. Balogun’s aim, however, is to cap the number of wholesale accounts to 50 and grow with those retailers.

Phase two for Winnie NYC will focus on e-commerce, which is launching next season. Eventually, Balogun would like to open a store in the label’s namesake city.

“Phase three is to have a physical space in New York City where you’re thrown into the Winnie world,” he said. “There’s a café but it’s a showroom, and in the back, there’s a made-to-measure situation. Something front facing and [it will] be a Winnie hangout spot.”