Founder Pharrell Williams talks about the brand's three distribution channels and direction and future plans, including a store in Miami.

Billionaire Boys Club is entering a new chapter with the official split of its U.S. and European divisions.

“The brand had to evolve to be able to grow,” said Billionaire Boys Club and Icecream founder Pharrell Williams. “We have great partners globally that worked with us to move with us. We have grown every year but at a pace that works for us. ‘Slow and steady wins the race’ should be our other motto.”

Ford said, “​Despite initiating and executing our own collections we’ll remain an authentic ​incarnation of the brands’ original vision and we’ll continue to push it forward, with a focus upon high-level fabrication and an ever-evolving product range.”

Williams launched Billionaire Boys Club and Icecream in 2004. A fan of the brand of A Bathing Ape, Williams met with that brand’s founder, Nigo, and started discussing BBC and Icecream with him. This led to the Japanese creative and his longtime collaborator, Japanese graphic designer Skate Thing, creating artwork for the brand, including the “original curve logo” and “the standing astronaut.”

“We had our core art done within 48 hours,” said Loic Villepontoux, general manager of Billionaire Boys Club, who has worked with Williams in and out of music for 20 years and facilitated projects with Nike and Rizzoli. He also has ongoing relationships with Chanel and Adidas. Nigo also produced apparel for BBC and Icecream, which featured BBC and Icecream branding on products with Bape tags.

Williams sold a 50 percent stake in the company to Jay-Z’s Rocawear in 2011 to license and distribute Billionaire Boys Club. Iconix Brand Group at the time owned the rights to Rocawear, which it acquired from Jay-Z for $204 million in 2007.

BBC EU and Japan launched alongside the U.S. brand in 2004 (Williams partnered with the distributors through Bape), and U.K.-based fashion distributor A Number of Names took over the EU license in 2015. When Williams took full control of BBC and Icecream from Iconix and Jay-Z in late 2016, he planned to unify the offerings of the three distribution channels in the U.S., EU and Japan that were working independently at that time. This proved difficult because the EU and Japan businesses developed their own offerings.

“Their distribution is much different than the U.S.,” said Villepontoux. “They do a lot more department store business and high-end department stores and they’re also in high-end boutiques, while here in the U.S. we’re in better streetwear boutiques and sneaker stores. The distributions are just licenses, so we still own all of the brands.”

The spring collection for BBC EU, which was inspired by Codetalkers, the Navajo efforts in World War II, feature military-inspired multipocket jackets and outerwear, denim jackets that nod to Levi’s Type 2 trucker jacket, and a C-1 survival vest. Pieces in the collection also sport a seasonal camo that has a slightly tribal pattern.

“It would almost be sabotage for me to make them pull it all the way back to match the U.S. collection so we decided as a group it was better to officially separate the brands and give the EU a ‘purple label’ treatment. It’s something we’re still developing and working on,” said Villepontoux.

Williams added, “It also allows our partners to be more in tune with their markets by producing collections more tailored to their customers.”

BBC U.S. and Japan creative director Joseph Au oversees the creative on all three entities, and is further establishing their unique outputs. He describes the U.S. brand as “more democratic,” saying that “everyone has access to it.” The EU brand is more exclusive, with a smaller distribution and refinement that stems from a deeper understanding of fabrics and textiles, while the Japanese brand offers capsule collections rooted in brand heritage and nostalgia.

“It’s a balancing act,” said Au. “When I started, it was like the two lines were trying to be one. It was really hard to manage and didn’t really make sense, so I was pushing that they complement each other rather than compete. I’m looking at it now as sort of playing to the strengths.”

Au, a native of Sydney, is a longtime fan of BBC and Icecream and Williams’ music. He worked for Ralph Lauren on RRL and designed for the company prior to joining BBC and Icecream as creative director in 2018.

“One of the first times I interacted with the brand was when I went to the Hong Kong store on Line Street,” he said. “I remember very vividly that you go in there and it’s Icecream [on the main level] and you go up this spiral staircase and it’s this moon galaxy on top with moon craters on the floor.”

The company’s former West Broadway store in New York, which it operated for 10 years, had a similar format, but the location moved to Mercer Street toward the end of 2016. Today the brand is neighbors with VFiles, Stadium Goods, Palace and NikeLab. The BBC store also carries Nigo’s Human Made brand, Neighborhood, Comme des Garçons, Medicom toys and artist Takashi Murakami’s brand Kaikai Kiki.

BBC also operates a store in Tokyo’s Harajuku district that focuses on BBC product, Adidas and a few additional brands. There’s also a store in London that is operated by the EU distributor and carries BBC, Icecream, Adidas and other brands. The Japanese distributor is the only one offering all three brands, while the U.S. offers its homegrown and EU collections. 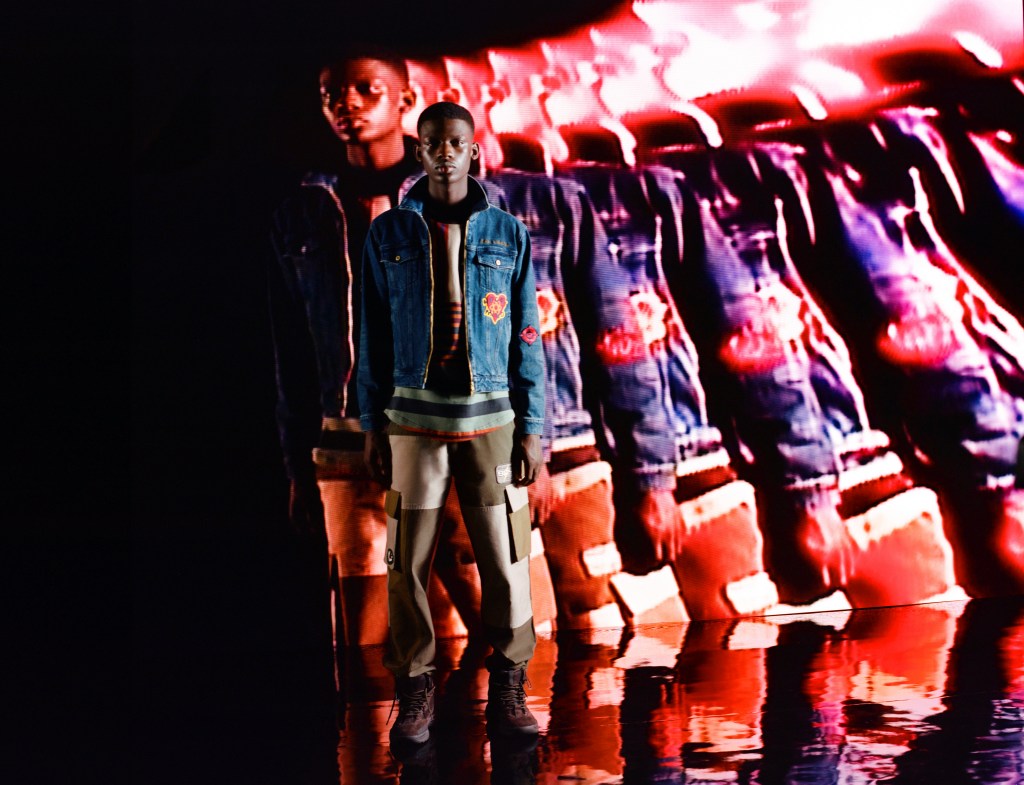 Billionaire Boys Club has gone through many iterations over the years. At one time, the brand took a back seat to its brother label, Icecream, that had a footwear offering developed with Reebok, and polo shirts and apparel that rivaled Lacoste, Le Tigre and Fred Perry. BBC was not far behind, however, because of its popular dollars and diamonds print and New Era caps with Billionaire Boys Club branding and subtle B design.

The label also had sublines — BBC Black, which was designed by Dyne founder Christopher Bevans, and Bee Line, which was a project with Mark McNairy that was developed separately from Roc Apparel when the label was co-owned by Jay-Z and Iconix.

Villepontoux declined to discuss sales and revenue, but said Billionaire Boys Club has grown every year. “We’re at a point now where we don’t want BBC to grow. As a brand, we don’t want to go into any sort of different distribution than we’re in now. If we grow, it’ll be only within the doors we are currently in.”

The brand collaborated with Spongebob Squarepants, the Nickelodeon cartoon character that Williams had been a fan of for some time, for ComplexCon, and with Reebok on footwear, which is a full-circle moment for the sneaker relationship that began with the brand’s inception. “With the original Reebok deal, they were supposed to be Icecream and BBC, and Icecream was only going to be footwear and BBC was the apparel,” explained Villepontoux.

He said Reebok pulled away from the partnership because of the costs to manufacture in Japan and being unfamiliar with the price point. The company decided to partner on footwear, and use the graphics that Nigo developed for Icecream on apparel to go with the sneakers.

“I think BBC always got the main focus, because it’s always been the bigger brand and because we never got to fully spend enough time to develop Icecream outside of it being a footwear brand,” said Villepontoux. “We see Icecream as a huge potential for growth in the U.S. to be on par or above BBC. We’re also working on kids, which has been a good start and we feel is a good opportunity for us to grow the business and other categories within that.”

The trio sees growth potential in Icecream as a stand-alone brand, in global retail — the brand operates three stores in New York City, London and Tokyo — and footwear and accessories. Williams also made a note about Bee Line, which will continue a partnership with Timberland that began in 2015.

The company opened a BBC and Icecream pop-up in Los Angeles in December and in Miami for Art Basel in 2018; Williams said it is looking for a permanent location there. “Now that I’m spending more time in Miami, it only makes sense that we make it permanent,” he said. “There’s also a shop-in-shop at the new Parco in Shibuya and there could be more opportunities for more stores in Japan soon as in a few other countries in Asia.” The brand also has a shop-in-shop at Selfridges that was remodeled in 2018.

“I think the greatest accomplishment in our growth is that it doesn’t revolve around me,” Williams added. “Some people know that I own the brand, some people don’t, but that’s what makes the brand so strong. It can stand on its own. I never like to talk about what’s in the future as it ruins the surprise. I will say that I work closely with the staff at BBC to find collaborations that fit with the brand. You can expect to see some of these at [my music festival] Something in the Water coming up this April.”