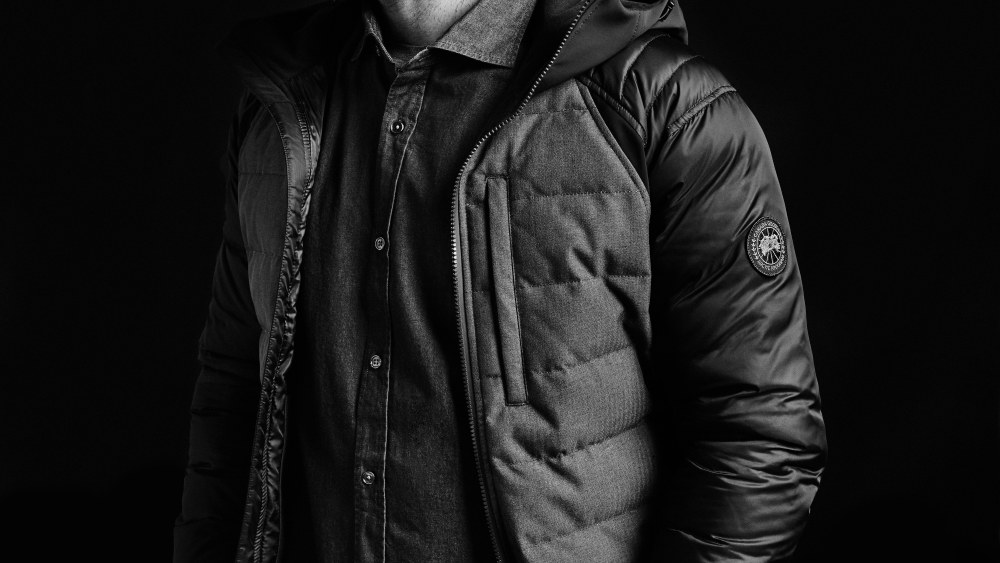 José Bautista may have been born in the Dominican Republic, but the slugger for the Toronto Blue Jays has embraced his adopted home country, including its fashion industry.

Today, the right fielder and perennial Major League Baseball All-Star will unveil a collaboration with Canada Goose for a limited-edition jacket.

The jacket, which will be introduced at an event at Harry Rosen’s Bloor Street flagship in Toronto on Thursday night, was created by Bautista and the design team at the Canadian outerwear brand.

The Canada Goose x José Bautista is packable and offers flex points at the shoulder, elbow and waist. It features a herringbone pattern and proprietary Strati-Forma 30D lightweight water-repellent fabric on the sleeves. Suede tricot is used at the collar and windguard and there are underarm inserts for movement and fleece shell panels on the undersleeve and side panel. The jacket will retail for $995, around the same price as most of the brand’s outerwear. It will be sold at Harry Rosen and the Canada Goose website starting Friday.

“I’ve been friends for a long time with Dani Reiss [Canada Goose chief executive officer] and have been a fan of the brand. And we’d talked on and off for a while about doing something,” Bautista told WWD. “It’s very humbling for such an iconic Canadian brand to want to work with me.”

Bautista said he was “100 percent involved” in the creation of the jacket since the beginning to ensure “I put my flavor in it. It’s sleeker and more form-fitting and it’s easier to travel with. It’s different than the other things in the repertoire.” He will promote the collaboration on his social media sites and will also be at the launch event.

Bautista said while there are no plans to collaborate on other products at this point, he never says never. “We’ll see where this goes.”

Last year, Bautista worked with another Canadian brand, Silver Jeans, to create a collection of denim called the Joey Series, a nod to his nickname, Joey Bats.

“That sold out in record time,” he said. “We sold 14,000 jeans in 14 days and targeted a certain segment of their demographic. It was successful, but we couldn’t come to terms on a renewal. But maybe we’ll do something in the future.”

For now, he’ll satisfy his flair for fashion with Canada Goose.

“I love putting myself together and looking confident and comfortable,” he said. “My style is classy but sporty — edgy with flair.” He said he likes his wardrobe to be “versatile,” so he can “go from a relaxed environment in the clubhouse out to a dinner meeting.”

And he always caps off looks with one of the watches from his large personal collection. “I’m a lover of watches,” he said. “It’s a great way to accessorize. It’s also a good hobby to have, and a great investment.”

At home, Bautista and his longtime partner Neisha have three daughters. So does the athlete feel a little competition in the style department? “My wife does a great job putting herself together all the time,” he said. “I see it as an inspiration. So I have to do my part.”

The soon to be 36-year-old outfielder, whose contract with the Blue Jays ends this fall, is reportedly mulling free agency. But for now, he’s focused on helping his team make it into the post-season playoffs again this year.

“That’s the plan,” he said. “We’re doing amazing and hopefully we’ll get back there. It’s just a matter of executing.”