The investment will also fund the launch of Ntwrk Presents, an event franchise.

The Ntwrk platform was founded in 2018.

Ntwrk, the e-commerce and content platform started by Agenda and ComplexCon founder Aaron Levant, has secured a second round of investment from Live Nation Entertainment and hip-hop artist Drake that will be used for collaborations and a new event franchise called Ntwrk Presents.

Although the size of the investment was not disclosed, the Canadian rapper and the events promoter will partner with Ntwrk to offer concert tickets and exclusive merchandise, as well as artist-driven collections that will be sold exclusively on the Ntwrk mobile platform. In addition, the companies will offer access to a variety of Live Nation concerts and create promotional bundles that will include tickets to concerts and exclusive merchandise.

Levant, chief executive officer of Ntwrk, said the platform will have access to up to 100 different licenses and rights. “In general, music-driven merchandise has been moving culture and retail, and permeates across sports and music,” he said. 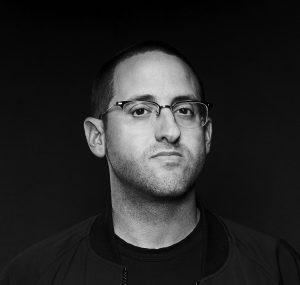 Musicians such as Kanye West could be credited with sneaker companies’ love affair with rappers. His “The Life of Pablo” clothing sold $1 million in a weekend in March 2016, according to his tweet, and he sold “church clothes” during his Sunday Service on Easter Sunday during Coachella in April.

The investment from Live Nation will also help fund the fourth-quarter launch of Ntwrk Presents, a pop-up concept where aspects of the app can be experienced in real life. Levant said that it’s too early to reveal exactly what that will entail, but there is “lots of potential in motion, lots of ideas.”

Levant spoke of the “aggregation of influence, personalities, brands,” something he did with ComplexCon and continues to do at Ntwrk through exclusive product releases and collaborations such as the Ghostbusters x Transformers 35th anniversary collaboration, a Levi’s collaboration for NBA All-Star Weekend in Charlotte, N.C., the Kappa x Gumball 3000 capsule, and web content and episodic programming that has featured Jonah Hill, DJ Khaled, Odell Beckham Jr., A$AP Ferg, Billie Eilish and Eddie Huang among others.