Skate legend Tony Hawk is rolling into new territory with licensee Cherokee Global Brands, debuting a signature collection of street and sporty clothing and accessories that will land on shop floors in June.

Although Hawk has done sports-inspired collections before, most recently with Kohl’s, this is the first time he’s fronting a clothing line that nods to fashion and aims to appeal to a wider audience. He’s tapped the photographer and director Anton Corbijn to shoot the first ad campaign, which features Hawk, members of his family and fellow skaters.

The photographs went on display Friday during Paris Men’s Fashion Week at a private exhibition at Galerie M21 in Le Marais, Paris and online at Tonyhawksignatureline.com. 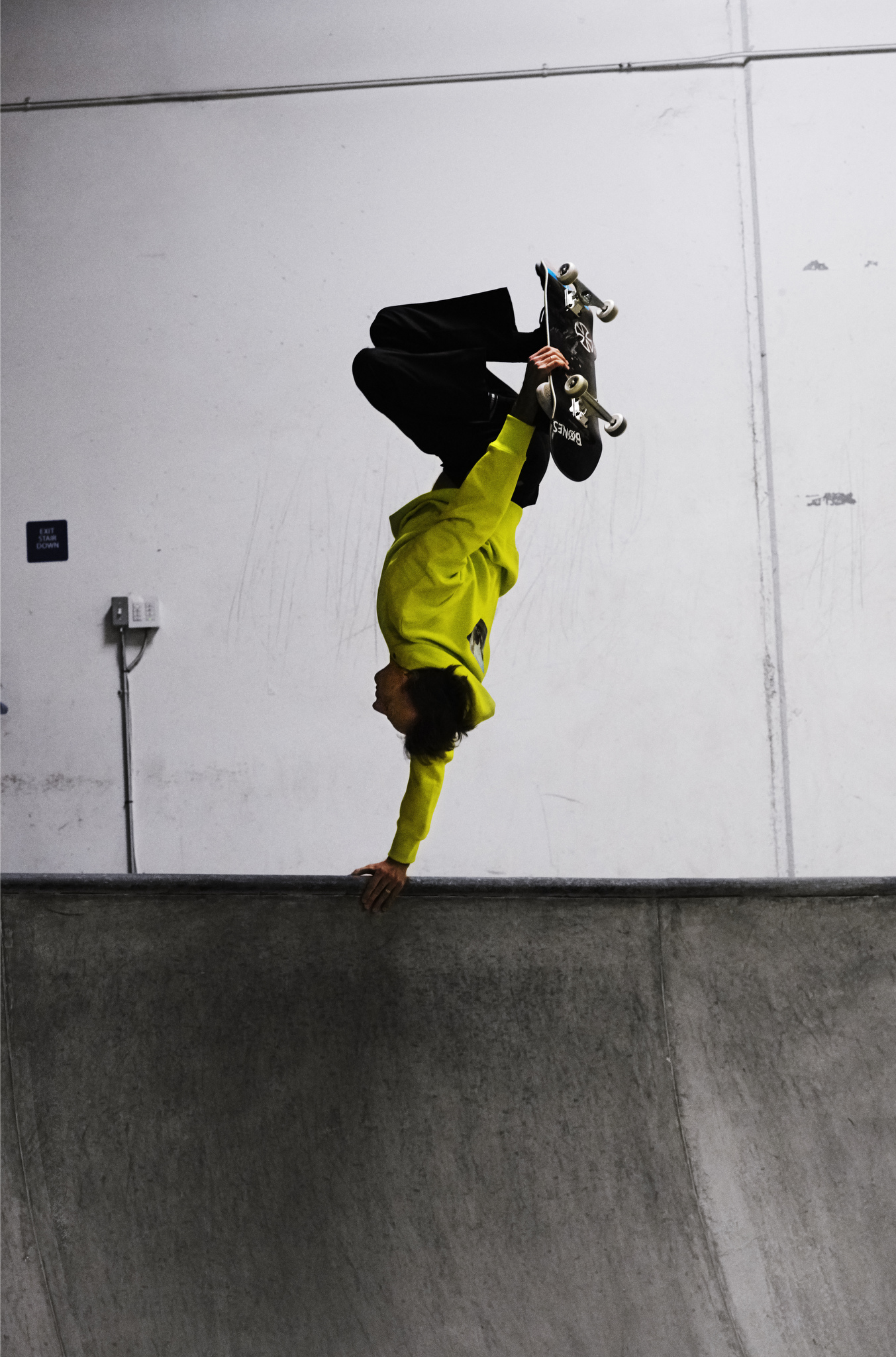 “The vision behind the range was to give fashion and skate enthusiasts alike a rare glimpse into my life before and beyond skating,” Hawk said. “So, when the opportunity arose to work with Anton Corbijn — someone who shares a mutual passion for music and raw, unfiltered art — I knew instinctively that the creative direction would be extraordinary.”

He described the fall 2019 range as “designed for fans, innovators and iconoclasts.” It will be sold at top fashion and specialty skate stores globally, including Dover Street Market.

Corbijn said he aimed to capture “some of that intriguing combination of playfulness and seriousness I see in Tony. In any case, a really fun day out in a brave new world for me.” 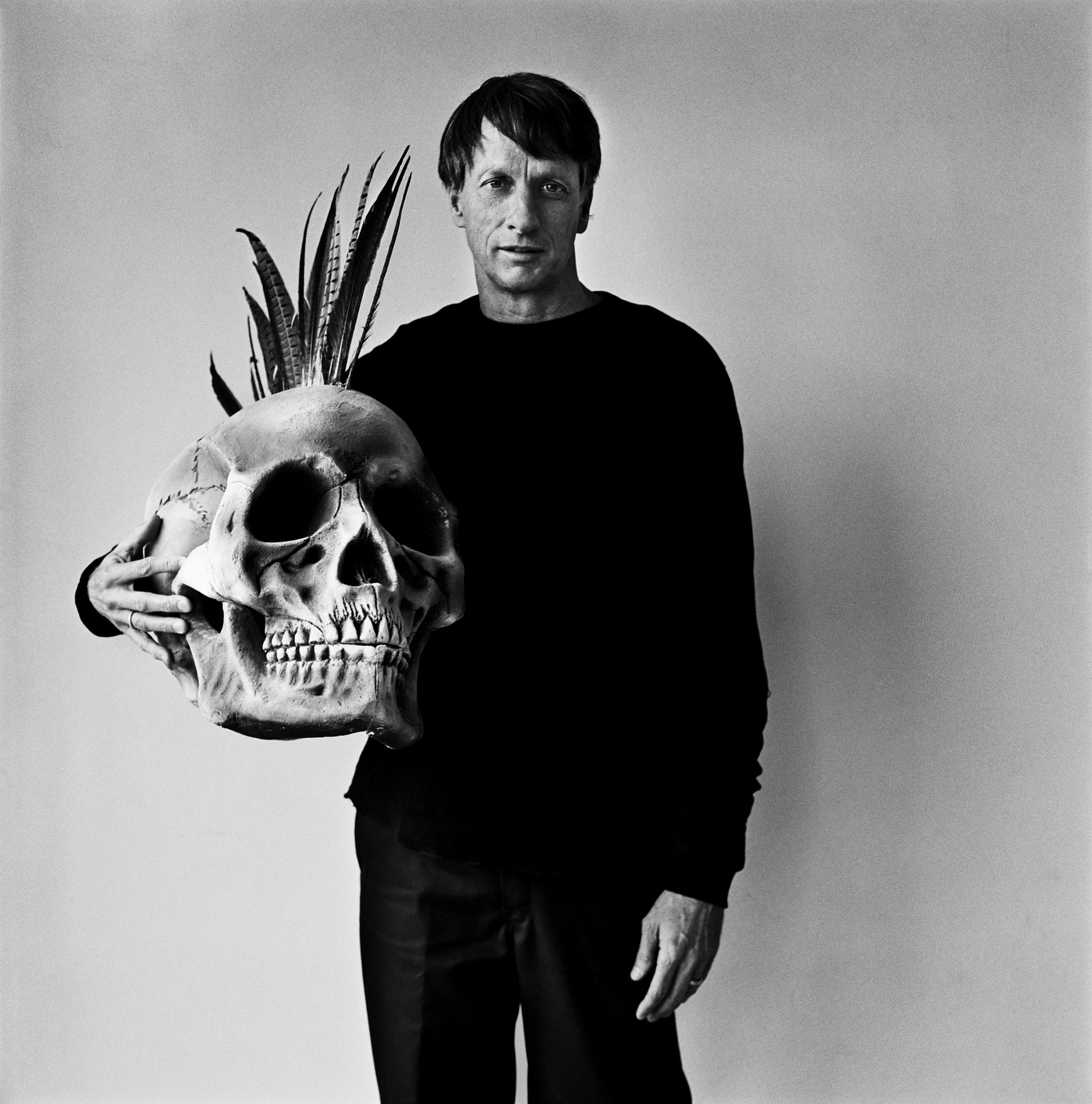 The collection includes a melton wool check overcoat and matching slouchy trousers based on Hawk’s love for punk and music; souvenir shirts with the Tony Hawk signature logo; long- and short-sleeve T-shirts and hoodies with images of Hawk as a kid, and drawings of hawks and devils. There are opportunities for layering, too — skaters love piling on tops and then peeling them off again — with pajama style shirts and hoodies in colors such as acid green.

Henry Stupp, chief executive officer of Cherokee Global Brands, said the 2020 Summer Olympics in Tokyo, which will feature skateboarding as an official sport for the first time, will be a key moment for the new brand, although the marketing push won’t stop there. Cherokee’s vision for the Tony Hawk Signature Line is a long-term one.

“Continuing to raise the profile of skateboarding and streetwear globally as we move toward the 2020 Summer Olympics was part of the motivation behind this launch,” Stupp said.

“Most importantly, the collection was inspired by the multifaceted, self-made man that Tony is: He is unequivocally the most credible and iconic voice in skate culture. We are proud to celebrate Tony — the father, entrepreneur and philanthropist,” he added.

In an interview at the Paris showroom, Stupp said Cherokee welcomed the opportunity to take the new brand to multiple outlets, now that the Kohl’s deal has ended. “It was an opportunity to diversify and get Tony involved,” he said, adding that working with Hawk has been a dream. “He’s the smartest guy in the room. I’ve never had a collaborator like him,” Stupp said.

He said Cherokee has a “multiyear, fully international marketing plan,” and promised that Hawk would be “extremely visible” during the 2020 Summer Olympics. He added that the new brand is looking to appeal to a bigger audience, too, embrace female skaters and like-minded athletes from “dozens of cities around the world.”