Streetwear Sizzles in Russia Amid a Tepid Men’s Market 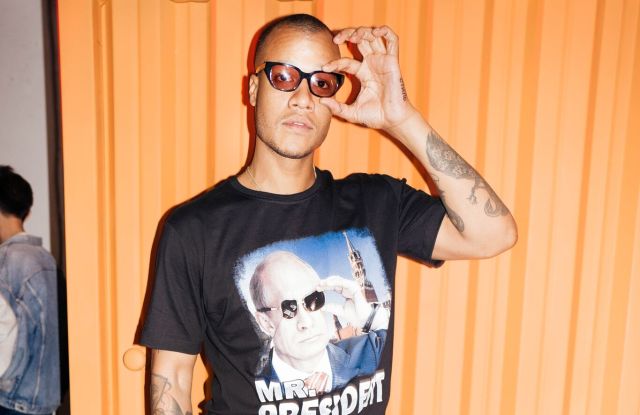 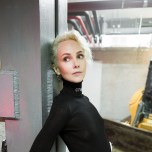 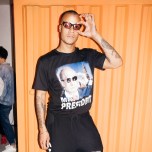 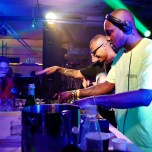 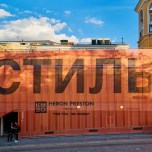 MOSCOW — The building that will house the future, larger Kuznetskiy Most 20 store here was last week wrapped in a giant orange banner declaring “стиль” — the Russian word for style.

The trendy crowd, mostly men wearing the latest urban labels and collectible sneakers, shattered the stereotype that Russian men are indifferent to trends — and possibly signaled a light at the end of the tunnel for a country that has been mired in the retail doldrums.

“I think style is universal and fashion is small,” mused Preston, whose fall collection was showcased in a pop-up boutique in the raw space, decked out with vodka bars, a DJ booth — and a full-sized bulldozer — for the occasion. “The common thinking is that if you are not into fashion, you are not into style. But style is not only about clothes. It could also be how you ride a bike. My logo was picked because everyone can be connected with style without being in fashion.”

The tensions that have flared between Russia and the U.S. in recent months were not lost on the two men.

“I love youth culture around the world. We are all open-minded, so politics do not affect us — that is why I am in Moscow today,” Abloh told WWD.

“My partner, New Guards Group, the same as Off-White’s, proposed Moscow as the first global launch. It makes sense as my sublogo is connected with Moscow as it is written in Russian. I think this is a great idea. Typically, such a launch would happen in New York City, but I would like to be different and unique and Heron Preston is also about sharing culture. I think an American designer launching in Moscow is a strong message for the community,” said Preston, who wore a T-shirt depicting Vladimir Putin in shades. “More brands should leave f–kin’ Paris or New York or f–kin’ Milan. Listen, we have been there already, the world is way bigger than three cities. This industry is huge — the second most polluting industry in the world — and people follow and wear clothes around the world. Why do we express this only in these cities? So I decided to launch in Moscow, something new, it’s all about real life and sharing experience and connect with people.”

Abloh, who toured Red Square and its environs, detected a genuine affinity for cutting-edge casualwear in the local market.

“Today the street fashion industry is all about hype, but I feel in Russia kids do that with love, without caring about the recognition through Instagram,” he said in an interview. “I think they do true fashion, which is led by love. This is very special for the community — be influenced by your heart rather than just the hype.”

He credited KM20’s Kaput for leading the charge.

“Olga supports us and this is the future of fashion and retailers, a beginning for a new community,” he said, noting that he’s mulling creating a specific collection for Russia, having noticed local tastes differ even from Moscow to Saint Petersburg.

Founded in 2009, KM20’s more expansive location is to open this fall at 2 Stoleshnikov Pereulok 2 in the center of Moscow.

For the launch party on Friday, Preston enlisted Abloh to spin records alongside DJ Cyber 69, who hails from Vladivostok and immigrated to Toronto.

Preston acknowledged that his Russian-language logo was born out of aesthetic appreciation, but expresses a broader value.

“I find the Cyrillic alphabet stylish, somehow the letters are familiar, but unfamiliar at the same time. So I decided to write ‘style’ in Russian,” he said, noting the logo also connotes a “community that is more linked by style or ‘стиль’ rather than fashion that today has not a nation or color, but has the same way of thinking no matter if you are from Russia, the USA or China or Japan.”

There are signs of a fizzy market for streetwear and athletic-inspired style in Russia. According to Euromonitor, Adidas is among brands making solid progress.

“Adidas led the highly fragmented category of men’s wear in Russia in 2016 with a 3 percent value share. The company enjoys high brand awareness among Russians and Adidas focuses on the opening of outlets in strategic” cities, Euromonitor said. “In addition, the company has heavily invested in its online operations, which also positively influenced its overall performance within men’s wear in 2016. Adidas successfully targets middle-income Russian consumers.”

Interest in new casual brands and trends is helping to offset an overall weak men’s segment, which is lagging as the general retail picture slowly improves. Euromonitor points to declining fashion consumption among men, who prefer to wear their existing apparel as long as it is still in good condition, and allocate budgets to clothes for their spouse and children.

Dress codes have been liberalized since the new Millennium, when the “casual Friday” phenomenon spread across Russian offices.

According to Döpfer, men have moved to “mix and match” of clothing and footwear brands, including street and athletic ones, to build up “smart casual” outfits.

“The recession in Russia furthered this trend because men discovered how to mix affordably priced items with upper medium-priced pieces, or leftovers of luxury or premium brands,” he explained.

According to Fashion Consulting Group, men’s accounts for 27 percent of the total clothing retail market in Russia, generating $2.4 billion in 2016.

“My expectation is that the Russian women’s wear market is the most promising segment,” Döpfer said, citing healthy attendance at the Collection Première Moscow trade fair in Moscow in February and healthy order-taking.

It’s also expected that big sporting events, notably the European Soccer Championship in 2018, will have a positive influence on clothing expenditures.

“This current year is expected to bring retailers moderate growth at between 1 and 2 percent,” Döpfer said. “I see the glass as half-full.”

“We saw already the past two seasons a movement from formal wear to casual wear. It is a general trend that touches all our clients,” he said. “More mature customers are buying the more casual part of classic brand like Brioni or Kiton and luxury casual brands such as Loro Piana or Berluti. Younger customers are excited about all the fashion brands and all the high-end streetwear is performing really well. We increased the number of sneaker brands and clients love it.”

The retailer plans to add 30 men’s brands this year including the first and only Russian Nike Lab shop inside Tsum. “We will be the only store in Moscow carrying Calvin Klein by Raf Simons, Thom Browne men, Balmain, Loewe, J.W. Anderson, Tomas Maier, Watanabe and many others,” he added.