The Sneakers Are Still Dropping, but for How Long?

Reality is catching up to the sneaker world.

The past two weeks have seen the postponements of Jordan sneaker launches, as well as Sneaker Con, the show where enthusiasts can buy, sell and trade rare, covetable and custom sneakers, in both Phoenix and Cleveland. The resale market has also been impacted, with sellers becoming more aggressive on pricing in order to complete sales. And on March 17, Dior and Jordan postponed their collaboration launch that was also to include ready-to-wear and accessories in several pop-up locations.

But for some retailers and brands, it’s still business as usual.

Resale players StockX and Goat also took part in Air Max Day with special contest giveaways. On StockX, shoppers who spent $50 or more were able to enter a contest to win one of five Nike Air Max sneakers, and Goat held a mock scavenger hunt where shoppers could hunt for Nike Air Max sneakers priced at $3.26 hidden in its app. Even LeBron James took part by showing off his Air Max collection.

Prior to the global lockdowns and quarantines instituted to prevent the spread of the coronavirus, New Balance and Aimé Leon Dore released their New Balance 827 sneaker and collection exclusively on the Aimé Leon Dore website, and Nike released its highly anticipated Dunk Low sneakers on its Snkrs app. On April 3, Nike launches its latest collaboration with Stussy, and New Balance on April 4 drops collaboration sneakers with men’s wear brand Casablanca.

But with the global lockdowns and quarantines continuing, will the drops continue at the same rate?

“The air is certainly different — especially on Air Max Day,” said Kyle Riggle, director of the Philadelphia sneaker boutique Ubiq. “Usually we’d be hosting Nike parties at the stores in Philadelphia and Washington, D.C., to bring together communities to celebrate the iconic style. COVID-19 will do a lot of damage to our industry. It already has, but as time goes on, the virus will impact fashion and footwear more and more.”

Sneakersnstuff cofounder Erik Fagerlind said his company had an activation planned for Air Max Day, but had to cancel it and replaced it with a creative competition on social media. “We are hoping for the best but preparing for the worst,” he said. “That is both medically, mentally and financially. We’re expecting this to halt about 50 percent of our business worldwide for about three months.”

SNS operates seven locations in Stockholm, Paris, Berlin, London, New York City, Los Angeles and Tokyo. Six of the seven are closed and store hours in the remaining one open have been reduced. 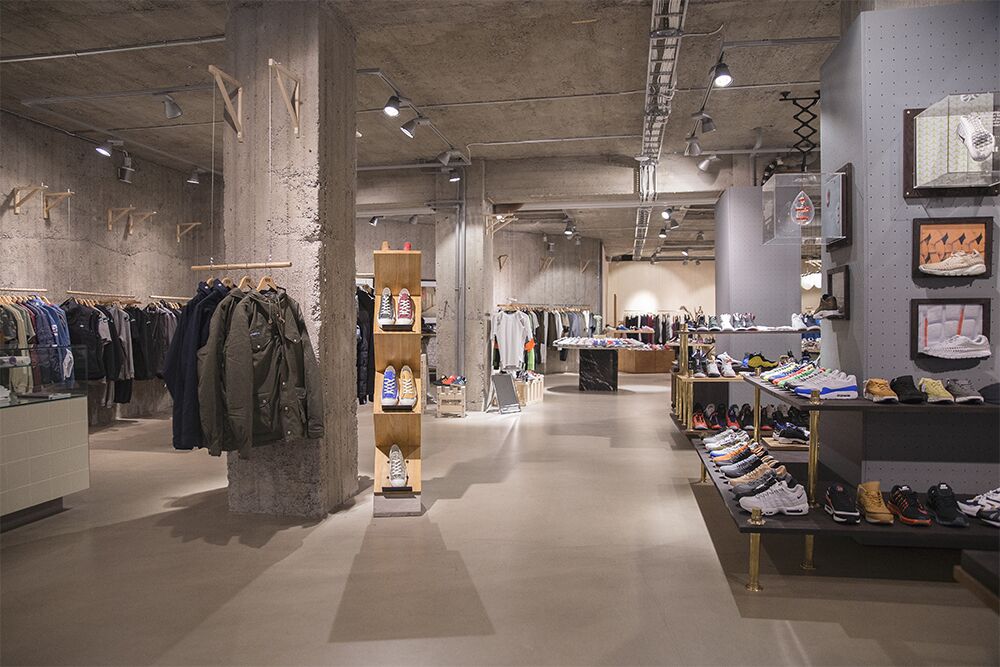 “Since we have business in a lot of places in the world, we saw each country wake up at different times,” he added. “France started lockdowns and quarantine rules quite early. Looking at the latest Nike or Adidas shoe is not a priority. We saw the U.S. enter the same phase. That’s when our online traffic came down.”

Riggle explained that factories in China haven’t produced goods in a month due to the outbreak, meaning “millions of units of footwear and apparel didn’t get produced to sell during late summer and fall — one of the busier times each year because of back-to-school,” he said.

The production delays are also impacting product launches, with Riggle saying Ubiq’s distribution center is only able to ship but not receive fresh inventory and Fagerlind adding, “There have been a couple of launches that have been postponed because of the manufacturing.”

Among them is Jordan, which has reportedly delayed a number of sneaker launches slated for March, April and May by a few weeks as factories in China began reopening.

Closer to home, SNS is still planning to launch on April 4 a new Venice, Calif.-themed collaboration sneaker with Vault by Vans to celebrate the one-year anniversary of the Sneakersnstuff Los Angeles store. The launch will now be digital only, said Fagerlind.

Greats, the New York City-based sneaker label owned by Steve Madden, doesn’t partake in hyped sneaker drops, but launched its Royale Court Hi sneakers during this quarantine period. “We don’t drop shoes as frequently as Nike. We release shoes every few weeks,” said Greats cofounder Ryan Babenzien. The Italian-made sneakers were produced eight months ago. “We just don’t feel it’s appropriate to release [more] frequently. It’s not really a necessity if you’re not leaving the house. We still have to do what we do. We’re just a little more mindful. We’re not being super promotional.”

Babenzien, who cofounded Greats in 2013, said the brand has also shifted its social media content to share posts related to working from home, promoting virtual workouts on IG Live, and what music they’ve been listening to.

Jordan has been sharing similar posts on Instagram of athletes at home, as did Adidas under the #hometeam tag, and Reebok shared a #PermissiontoPause hashtag for those that need a break while working from home.

“I think brands need to be responsible in how to manage this crisis,” said Babenzien. “We do have to maintain some level of consistency for our business. I’m hopeful that we’re going to get through this. We’re probably a couple of months away from that.”

Babenzien said 90 percent of Greats’ business is online and mobile — the footwear brand also operates a Williamsburg, Brooklyn, store that is closed right now — and believes that this event will shift people more to online shopping. The brand only ships domestically, but produces footwear in Italy and China. Styles previously scheduled to launch in April have been pushed back by a few weeks. “There was a slight delay and we’re still coming out with new product,” he said.

Fagerlind said, “We tried to look at the pattern in China and Italy and project the future based on that. It’s very tough, but from our point of view you need to focus on having liquidity to get through. A month ago everyone was worried about a depression, because of the loss of supply, but supply is now catching up.”

Despite what Fagerlind calls the “demand depression,” he has still seen an increase in online traffic and business compared to last year. Riggle at Ubiq also saw an increase in online traffic. For SNS, traffic in Italy, France and Germany increased during the week of March 23 with customers apparently adjusting to the idea of being quarantined for an extended period of time. “They might not be eager to buy, but are looking for things to occupy their mind,” he said. Eighty-five percent of the SNS business is online and that too continues to grow month by month. “We are not affected too much,” Fagerlind said.

The resale market, on the other hand, has seen an impact as the global pandemic continues. One source said sellers on Goat “are being more aggressive on pricing and we’re seeing some hyped sku’s drop as much as 20 percent from their recent highs, which is proving to be a great buying opportunity.” Ebay and Stadium Goods on March 30 launched Sneaker Showdowns, a series of polls where consumers can decide on Instagram and Twitter which coveted sneaker will go on sale on April 8 at a reduced price.

StockX said the average prices of the 500 most popular sneakers on its marketplace declined 4 percent from February to March, and of those 500 sneakers, 300 decreased in value while the other 200 increased in value.

“There’s still a lot of value in the resale market,” said Riggle. “It’s more accessible and less volatile than the stock market, especially for the young consumer.” He added that he expects hyped sneaker releases to continue to sell because of their resale value.

StockX senior economist Jesse Einhorn shared the same sentiment. ”The sneaker market and stock market function in very different ways,” he said. “Stock prices are highly sensitive to macroeconomic changes and the performance of specific businesses. Sneaker resale prices are largely driven by supply and demand for a specific commodity. Speculation plays a far smaller role in the sneaker resale market, which makes for less volatility across the market as a whole. With the exception of certain high-priced sneakers that have seen some downward pressure, we are not seeing major price movements in the broader secondary sneaker market.”

In addition, resellers are struggling with shipping delays as warehouses are impacted by the virus. StockX chief executive officer Scott Cutler said via e-mail that the business is remaining open, but shipments may be delayed.

How Independent Men’s Wear Brands Intend to Protect Themselves

WATCH: The Best and Worst Trends of 2019