The collection of apparel and footwear launches May 20.

Todd Snyder, the king of collaborations, is partnering with Converse for the first time on a Jack Purcell-themed collection.

The Jack Purcell shoes are recognizable by the “smile” on the toe, a nod to the athlete’s nickname, The Smiler, and have become commonplace for sports played on a court as well as boating and golf. 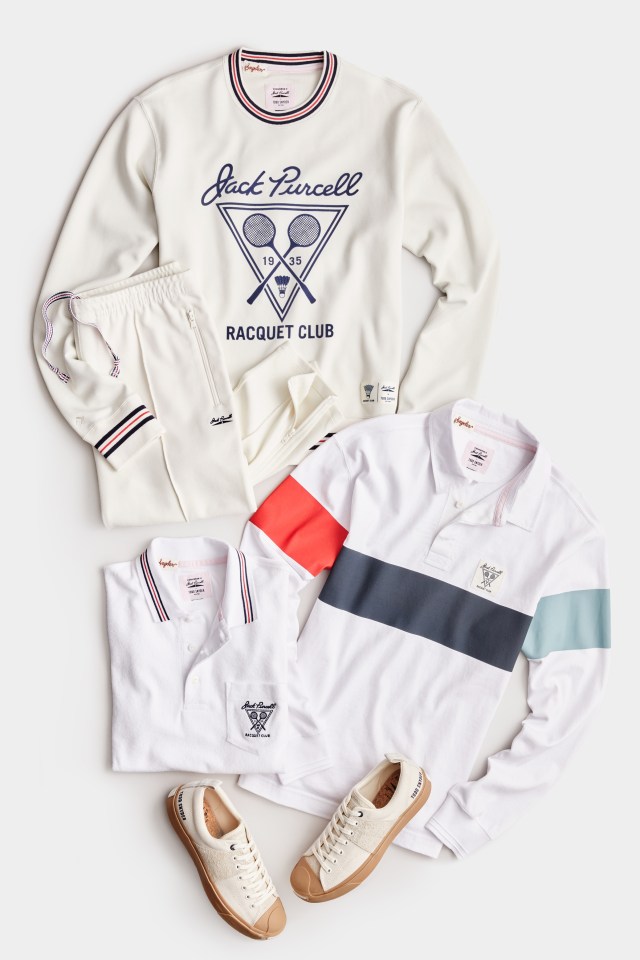 The designer has reimagined some key silhouettes for the capsule.

Using that as a backdrop, Snyder designed a footwear and apparel capsule intended to celebrate the spirit of Jackness. The line bears a plaid motif and bold Jack Purcell Racquet Club graphics on Harrington jackets, polos, crewneck and rugby shirts, as well as joggers and a cap. Snyder also reimagined the footwear, offering a suede and canvas upper in two colorways, obsidian and egret, with contrasting eyelets and a cork sock line, both of which feature a remastered high-traction herringbone rubber sole. 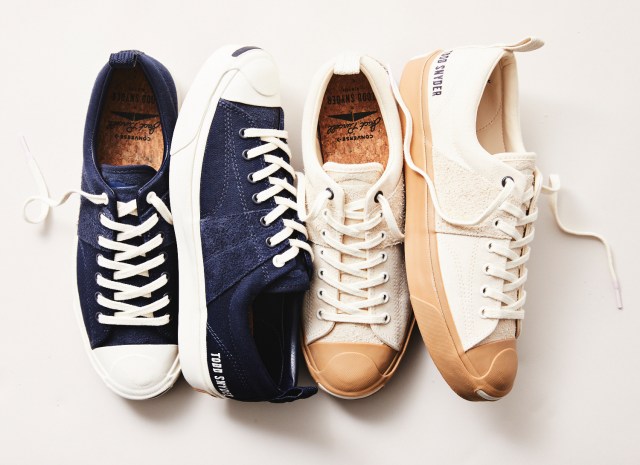 The first Jack Purcell sneakers came out in 1935.

Snyder praised Converse, saying the company “creates iconic silhouettes like the Jack Purcell, a court classic with almost 100 years of history. I love the idea of the rebel athlete who plays by their own rules, and wanted to create a collection that feels classic, but offers something a bit unexpected and irreverent.”

“The Jack Purcell boasts a unique persona in our footwear lineup and it’s exciting to see Todd Snyder embrace the attitude of the silhouette to present the most cohesive collection of apparel inspired by the court classic to date,” said Jon Tappan, vice president and general manager of global apparel at Converse. “Todd effortlessly combines the craftsmanship and irreverence of Converse with his quintessential sensibility and classicism on a distinctly elevated assortment of footwear and apparel.”

The accompanying Converse x Todd Snyder campaign is intended to celebrate the spirit of “Jackness” with a focus on a group of people who embody the spirit of a champion, while breaking barriers in their fields. They include WNBA star and Converse athlete Natasha Cloud, Olympic fencer Miles Chamley-Watson, ballet dancer James Whiteside, bull rider Alex Fine, producer DJ Clark Kent and 17-year-old skateboarder and Converse athlete Bryce Wettstein. A film centers around the tag line “You don’t know Jack.”

The Converse x Todd Snyder Jack Purcell collection will launch globally on May 20 and be sold on the Todd Snyder and Converse websites, at Todd Snyder retail stores and at other select retailers.

Snyder, who launched his own label in 2011, has partnered with a variety of brands over the past decade including Champion, L.L. Bean, Timex, FootJoy, New Balance and Legent, a bourbon brand.