What to Watch: Supreme Street Cred Challenged With Luxury and Art

The streetwear brand risks forgoing its street cred with younger consumers in favor of its new positioning in the art world.

The past 10 years have seen the rise of streetwear to the mainstream and one of the undisputed leaders of the movement was skate brand Supreme.

Limited releases, countless drops and a myriad of collaborations gave the masses a glimpse into the hysteria surrounding the brand and defined what “hype” looked like in real time. And companies from luxury houses to fast-fashion brands have since adopted the Supreme model.

A few key moments from recent years helped cement Supreme’s prestige and marked a new beginning for the brand, which began in 1994. In 2017, The Carlyle Group paid $500 million for a 50 percent stake in the business, giving the company a $1 billion-plus valuation. Supreme then teamed with Louis Vuitton as well as Rimowa, aligning the label with luxury fashion. The final seminal moment was the closing of its Lafayette Street store in September 2019, which marked a symbolic end to its 25-year ascent.

The label is no longer a niche branded T-shirt, apparel and tchotchke purveyor catering to Millennials and Gen Zers, but a legitimate leader in the growing and ever-evolving streetwear market. With contemporary streetwear designers, premium brands and retailers, and lower price point offerings vying for position in the streetwear market, all eyes continue to look to Supreme for its winning formula that still has young consumers lining up outside its stores.

But will Supreme’s reign continue? A $1 billion valuation is the antithesis of what a skate brand and counterculture fashion stand for. How does a brand retain its street cred when it has the figures to show that it’s more of the top dog than the people’s champ?

The Louis Vuitton x Supreme collection was not universally well-received, with skaters who preferred anonymity saying the collection was “stupid as s–t,” and that “it solidifies Supreme’s place in fashion, which is so stupid. They started the brand as a f–k you to fashion, and now they’ve become it.” One student said, “People are saying it’s going to separate the men from the boys. Also change and divide the audience,” and another teen said, “If you buy that Louis Vuitton s–t, you’re stupid.”

Despite some naysayers, the collection drew throngs to various pop-up shops around the world, created a frenzy and sold out. 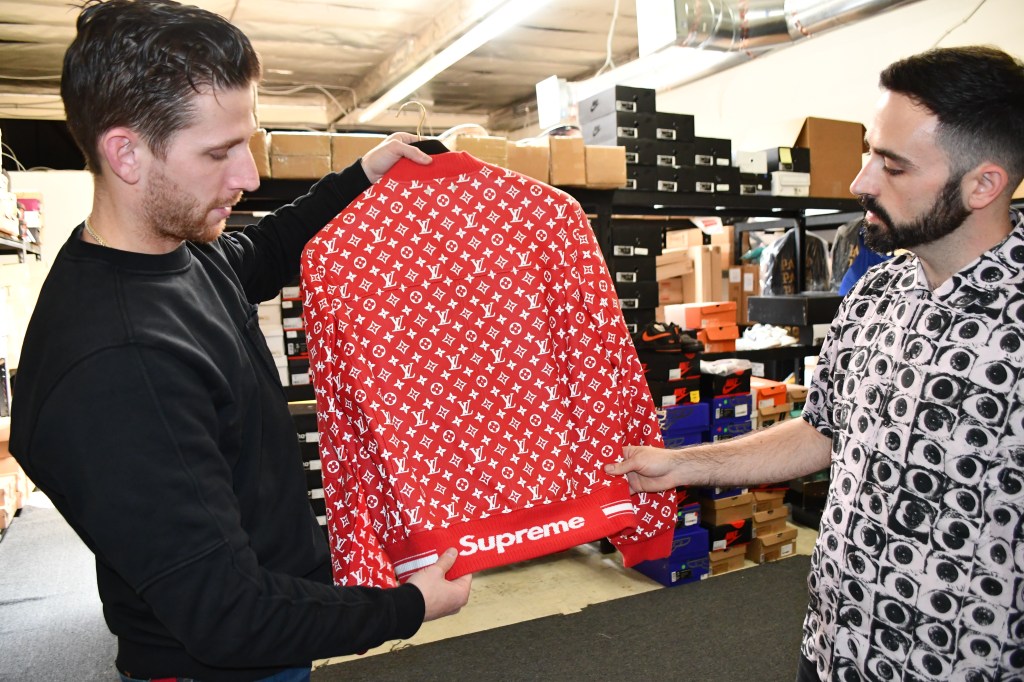 Despite the competition, Supreme still holds its crown. The brand’s box logo T-shirts that launched in fall 2019 resold on StockX at very high margins, closing the gap between this season and previous seasons. But premiums are still down between 10 percent and 20 percent and are expected to get lower as the season continues. Fall 2019 was down 25 percent on StockX but with the box logo Ts reselling well, it cut that decline to only between 10 to 20 percent.

However, at The RealReal, Supreme was the fourth most-searched brand behind Yeezy, Off-White and Nike, signifying that the hype is still real and ahead of longtime competitor Stussy, and brands like Anti Social Social Club, among others. Search demand on the site was up 112 percent year-over-year, and the average resale value of a Supreme item was 141 percent over MSRP, which is a 78 percent increase in resale value year-over-year.

“Supreme’s popularity isn’t waning at all. It’s bigger than it has ever been,” said The RealReal streetwear and sneaker expert Sean Conway. “Demand is up, therefore production is up. Supreme is dropping releases weekly, and we’re seeing this positively impact the secondary market — search demand for Supreme this year was more than two times greater than last year. Supreme drops brought streetwear into the mainstream resale market, and — when you look at the past decade — Supreme has had the strongest resale value of any streetwear brand.”

In addition, Supreme was the number one most searched fake and replica clothing brand for the third year in a row.

What separates Supreme from other streetwear labels, aside from its valuation, is how its offering has transcended the product level and ventured into the art world. Like Nike SB sneakers and Air Jordans in the Aughts, rare Supreme products from that same time period and the 2010s racked up high price tags that mirror new luxury products like handbags and watches. 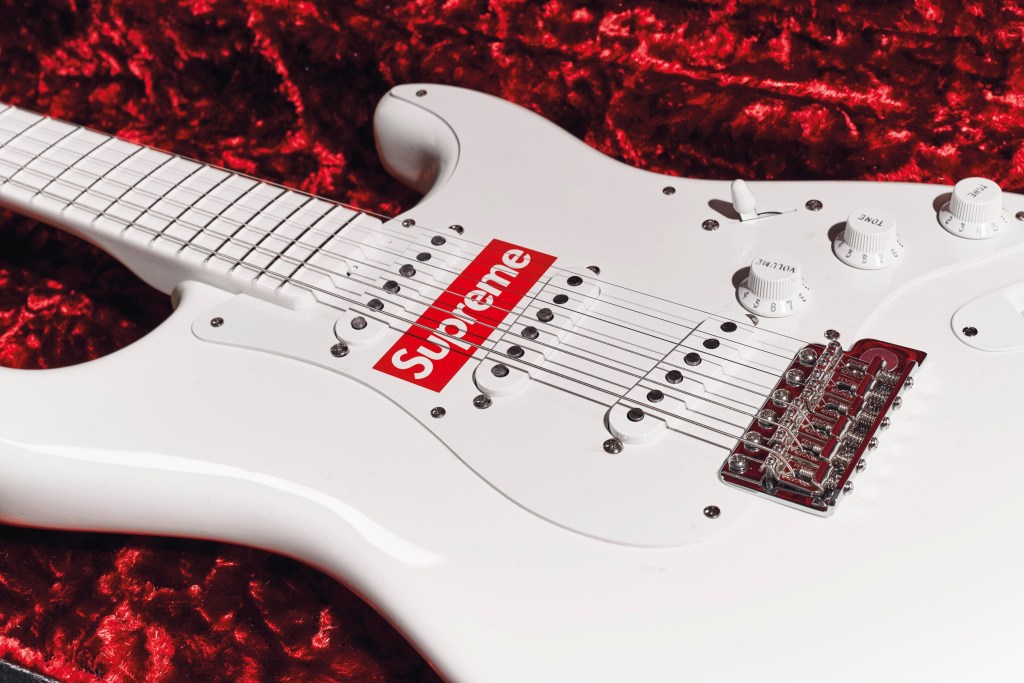 A Supreme-branded guitar that was on auction at Christie’s Handbags x Hype event.  Courtesy Photo

Christie’s recent Handbags x Hype auction showcased Supreme skateboards, featuring artworks by Takashi Murakami, Kaws and Jeff Koons, among others, pieces from the Louis Vuitton x Supreme collection, and collectibles like a Supreme-branded punching bag and pinball machine. A Louis Vuitton x Supreme trunk sold for $125,000, double its estimate, while the punching bag and pinball machine went for $17,500 and $32,500, respectively.

Sotheby’s dedicated a full auction to Supreme skateboards in January, all of which were acquired by Chinese collector Carson Guo (the collection was on view at the Jason Vass Gallery in downtown Los Angeles the month prior to the auction), and held a second auction of 1,300 Supreme accessories between the years 1998 and 2018 from the collection of Yukio Takahashi. The collection sold for just under 200,000 pounds.

The shift in positioning allows the brand to expand its perception beyond the hype and grow up with its older consumers, while still maintaining its young customer. Even if the hype wanes with the predicted death of streetwear, or at least a slowdown in the category’s growth, Supreme can thrive in a new art-focused lane.

But there’s no guarantee that it will keep its street cred.