The replica of the designer's first shop in England will remain in place through the holiday season. 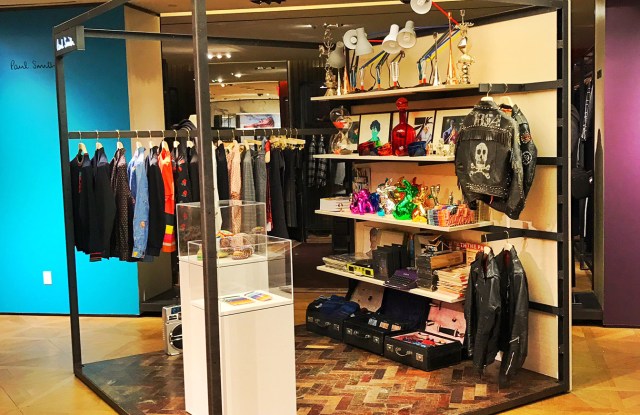 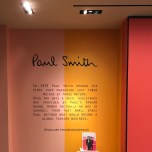 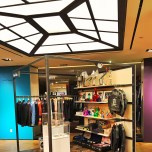 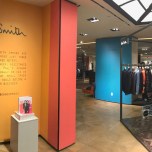 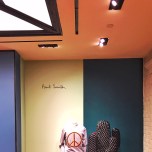 NEW YORK — Bergdorf Goodman’s men’s store has come up with a novel way to make use of the landing on its third floor. The spot, right off the elevators, is being used to spotlight new brands or collaborations. Sir Paul Smith is the latest recipient of that focus.

On Nov. 15, the upscale retailer unveiled the Paul Smith cube, an installation that replicates the designer’s first shop in the U.K. in 1970.

Bruce Pask, men’s fashion director of Bergdorf’s, said he came up with the idea after seeing an exhibit in London in January where the “three-meter by three-meter Nottingham store” was re-created and “all these amazing objects and gadgets” were on display. So he worked with the designer to bring the concept to New York.

The cube showcases an eclectic assortment of gifts — everything from manual typewriters and colorful glassware to Smith’s book on cycling and his collaboration with Anglepoise lamps. The beaten-up herringbone wood flooring is also a replica from the Nottingham location.

Bergdorf’s has carried Paul Smith’s accessories consistently for many years and its apparel on and off. The cube also includes a collection of ready-to-wear ranging from leather jackets, sweaters and sweatpants to shirts in addition to the colorful bags, socks, hats and small leather goods that also define the brand. The assortment is focused heavily on embroideries and “great prints,” Pask said.

He noted that the assortment is “a way to show extraordinary and exceptional holiday gifts.”

Pask said the spot has become increasingly important to the retailer. “More and more, we’re using the landing as a rotating designer presentation area to create excitement,” he said.

In the recent past, it has housed Off-White as well as Sacai. The Paul Smith cube will remain in place through early January.