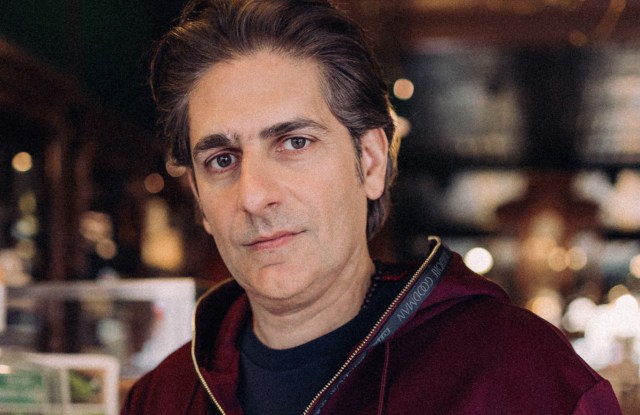 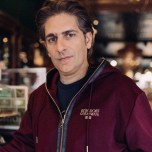 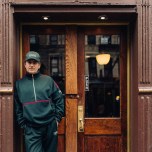 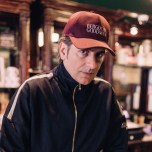 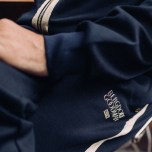 Over the past two years the upscale retailer has increasingly been partnering with some of the more trend-setting streetwear labels on special capsules and in-store events to update the mix on the third floor of its Goodman’s men’s store.

Brands from John Elliott and Kith to Off-White and NikeLab have worked with the retailer on special installations, and the latest one will hit today when Kith’s second capsule for the store is delivered.

Exclusives are nothing new for retailers. Merchants are constantly negotiating with vendors for something unique they can offer their customers that also differentiates them from their competitors.

But in the past few years Bergdorf Goodman has pushed the envelope, aligning with hot brands that have generally eschewed traditional retail. The result has been a win-win for both.

“When we joined three years ago, we examined the third floor and where we saw fashion moving,” said Bruce Pask, Bergdorf’s men’s fashion director. “Then we set a direction to put designers in place to address that.”

So together with Melissa Lowenkron, senior vice president of men’s, women’s footwear, handbags and beauty, the store worked initially with John Elliott, who was the first of the new breed of men’s designers to create a capsule collection for the men’s store. “We identified a void in the assortment and a way to reach a younger customer,” Lowenkron said. “So we approached brands we believe in as a way to introduce ourselves.”

Elliott was a featured designer in April 2015 at the store’s twice-yearly A Good Time at Goodman’s promotion, which identifies niche designers and showcases them over one to three days.

Pask described A Good Time at Goodman’s as an “in-store event we established in order to introduce our fashion customer to exciting new men’s wear talents we’ve discovered during our travels throughout the world.”

The most recent A Good Time at Goodman’s promotion last month, for example, brought in niche designers including Advisory Board Crystals, Atelier and Repairs, Frescobal Carioca and Sneaker Lab.

Elliott said his collaboration with the store three years ago was “pretty major.” And it was successful. “Many of the products were sold out as soon as they hit the floor and we saw great sell-throughs overall. As a result there was an appetite to continue to run exclusives through their doors. Our second collaboration, a joint effort with Bergdorf Goodman and United Arrows & Sons, dropped for spring 2016 and the momentum we saw from that collection reaffirmed what an invaluable relationship we had.”

In addition to the Good Times promotion, Bergdorf’s has more extensive in-store installations that can last for as long as four weeks. Or in the case of Kith, it can turn into a permanent shop. “Kith was very big and successful,” Lowenkron said. “It’s the only one that launched into a hard shop.”

For the second installation, Kith built on that momentum and created a capsule that will include a full-zip hoodie for $235, a half-zip pullover for $215, a track pant for $195, a short for $165, a T-shirt for $80 and a hat for $65. A look book for the collection features actor Michael Imperioli from “The Sopranos.”

Ronnie Fieg, owner of Kith, said Bergdorf Goodman had always “held a special place in my heart. It is a New York retail institution. I remember shopping there with my mother when we couldn’t really afford anything they carried. So since my childhood I’ve had my eye on Bergdorf and everything they’ve been doing.

“A few years ago I noticed that they were subtly making efforts to branch out their retail strategy. They were taking some unexpected risks that resonated with me and led me to wondering if there was potential for a future partnership. I met with Bruce and Melissa one day and instantly there was interest on both sides. Things began to move pretty quickly after that.”

He said creating the capsule, which used the store’s logo on apparel for the first time, was his idea. “It is such a classic and timeless logo and at that time it had never lived on the outside of a garment before, so I wanted to showcase its significance to my consumer. Simultaneously, their team wanted to cater to their core audience while also reaching a new demographic, so they were very supportive of the idea,” Fieg said. “The goal was to create product that was relevant to both the Kith and the Bergdorf consumer, thus dispelling the idea that these two types of customers can’t shop in the same place.”

The partnership was very successful, both in the traditional sense and a more esoteric way, he said. “Success to me is no longer predicated on if a collection sells out,” Fieg explained. “If it does, then that’s an added bonus, but I’m looking more at the impact of the release on a wider scope. How did it affect Kith, Bergdorf, the culture and the consumer? For Kith, having to uphold the standard of the Bergdorf logo being on the garments pushed us to create some of our highest-quality product to date. Especially for this second round, I have no hesitation in saying that it is the best apparel we’ve ever produced. Our consumer is now going to Goodman’s to experience the store and their elite brand assortment, which obviously is a boon to Bergdorf as a brand as well.”

In the beginning, Fieg admitted the Kith shopper may have felt a “little out of place” at Bergdorf’s, “but now it’s as if they are being welcomed with open arms. Together, Kith and Bergdorf are connecting different cultures and age gaps and that feeling of unity is the true reward of our partnership.”

With Kith and the others, including Off-White, Bergdorf works with the brands to help them create a unique identity within the store. Virgil Abloh, the designer of Off-White, was trained as an architect so he created an actual model of the third floor for his installation, they said. For Gucci in January, the brand created a customization shop, and in February, a New York-centric NikeLab Shop opened with exclusive footwear and apparel.

The merchants said that while not every installation turns into a permanent shop like Kith, all the brands the store has partnered with are now part of the overall mix.

While most of the collaborations are on the third floor, where Pask said the store attracts “a real fashion customer — the early adopters,” the program is replicated on the other floors as well.

There was the Crafted at Goodman’s event on the main floor last fall where artisans were introduced to customers, while the more traditional brands on the second floor — Loro Piana, Kiton, Brioni, Ermenegildo Zegna, Brunello Cucinelli and the like — still attract their fans. “Within our core customers, they have a very loyal clientele,” Lowenkron said. “But he’s not looking for buzz.”

Although the merchants won’t tip their hands on who they’ll collaborate with next, Lowenkron said there are some additions to the mix coming this summer including Palm Angels, Stampd, Heron and Aimé Leon Dore.

“It’s been refreshing for us and the customer,” Lowenkron said. “We’re reaching a whole new audience.”

Pask said when the merchandise hits the floor and the word gets us, lines form outside. “That’s the first time in the history of this store,” he said. “And the customers then visit regularly. The delivery structure with these brands is that they drop almost weekly. Scarcity is the new aspiration and it creates a clubhouse of sorts.”