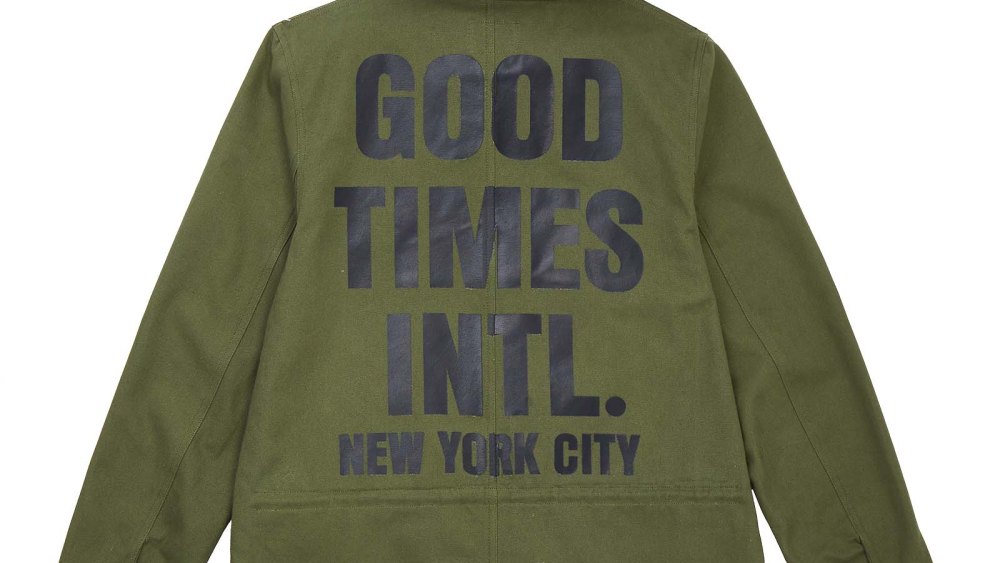 It’s perhaps a meeting of the minds: East and West collide for the well-dressed as Kinfolk makes its foray into the Los Angeles market.

The Brooklyn retailer and apparel brand is bringing a bit of Wythe Avenue to Los Angeles with a pop-up at American Rag Cie’s La Brea Avenue store beginning Friday, giving those on the West Coast a sneak peek at the company’s fall collection, called Good Times International. There are also limited-edition items — $50 T-shirts and $250 to $300 reworked military-style jackets with chainstitch embroidery — done in collaboration with American Rag that will be sold exclusively at the L.A. retailer.

The brand will have about 100 square feet of floor space previously taken up by Comme des Garçons and will be there for a few months or until the collection sells out.

That the two purveyors of culture decided to team was a no-brainer from both parties’ perspectives.

“It’s all about the partner,” said Kinfolk creative director Jey Perie. “I think we’re still going to keep the U.S. vertical for us and keep the online store, but doing something with American Rag, because of their history and their location and their audience in Los Angeles, makes sense.”

For American Rag executive vice president Caleb Lin, Kinfolk thoughtfully stocks its store with hard-to-find brands in the vein of Wacko Maria or Bedwin & The Heartbreakers, adding it’s a must-stop when he’s in New York — from the Kinfolk store to the café and music venue.

“For us, we only do these kinds of things with people that we have a relationship with that inspire us and [who] we just like to be around,” Lin said. “We want to be an extension of that and help them tell their story in Los Angeles. What Kinfolk represents to me is so meaningful. It’s more than just a clothing store. It’s a lifestyle that goes beyond apparel and that’s what we’re about too.”

It’s not often American Rag hosts pop-ups within its selling space. “For us, we’re a big store with a lot of different kinds of projects going on and so we have a limited amount of bandwidth. So whenever we do it, it’s usually [done] out of something that came out organically,” Lin said.

It’s an approach applied to much of the rest of the American Rag business with the company now turning its focus on growth of its online business and expanding its virtual footprint while also eyeing a few other pieces of real estate for potential stores in Southern California.

Kinfolk, launched in 2008, was born in Tokyo and later found its way to New York with a team of founders that travel constantly to major cities where they’re exposed to different cultures and ideas. It’s that cultural exchange that the Kinfolk fall collection is expected to reflect, Perie said.

Additional pop-ups will be in keeping with the founders’ constant travel. So, while a permanent L.A. store is not something being considered any time soon, more temporary shops are certainly top of mind, Perie said. Those may not necessarily be with partners and may simply entail renting space for a few days, with Toronto and Chicago possibilities for the winter, Perie said. Up next for Kinfolk is a collaboration next month with Levi’s on the denim brand’s trucker jacket.