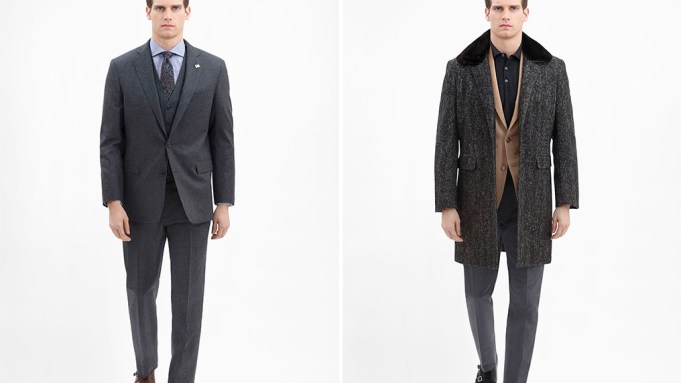 Brooks Brothers will kick off the celebration of its 200th anniversary in the home country of its owner, Italy.

The venerable retailer will be partnering with the Pitti Uomo show in Florence, where it will stage its first runway show on Jan. 10.

The show will be at the Salone dei Cinquecento in the historical Palazzo Vecchio, which will also be the site of a comprehensive retrospective from Brooks Brothers’ archives. The special exhibition will then be open to the public from Jan. 11 to 14.

“Our anniversary marks a significant and historic milestone not only for Brooks Brothers but also for the fashion industry,” said Claudio Del Vecchio, chairman and chief executive officer of Brooks Brothers. “This is a moment to celebrate 200 years steeped in both tradition and innovation.”

He added that Pitti Uomo “is the global platform for the men’s wear industry and Brooks Brothers proudly accepted the invitation to celebrate our bicentennial this year.”

Raffaello Napoleone, ceo of Pitti Immagine, parent of Pitti Uomo, said the show was honored that Brooks Brothers chose Pitti Uomo as the kick-off of its yearlong celebration.

“Brooks Brothers will be the special event at this coming edition of the fair: an occasion marking the 200 years of history of a brand that has become a true icon of style, with a series of events that will take place in a symbolic venue of the city,” he said.

Brooks Brothers will stage a large anniversary celebration in New York in April but is keeping the details under wraps at this point.

The company was founded in 1818 as a small family-owned haberdashery in downtown Manhattan. Over the years it was the first to offer ready-made suits, the button-down collar shirt and was responsible for popularizing fabrics such as madras and seersucker. It has also dressed 40 out of 45 U.S. presidents as well as countless business leaders and celebrities. Today it operates 280 stores and more than 700 units around the world in 45 countries.