The minimalist collection features eight styles to be sold at the designer’s flagship store and Revolveman. 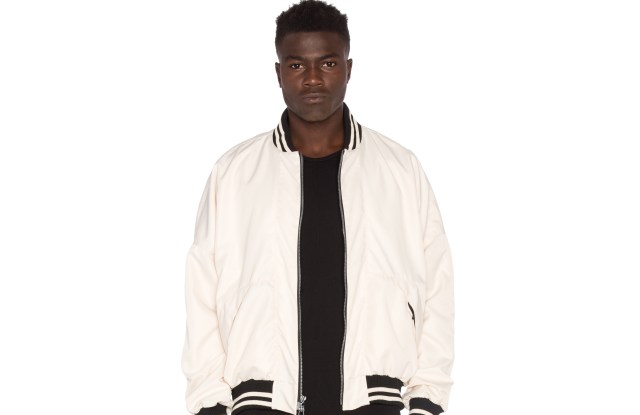 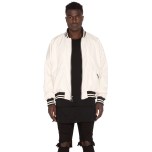 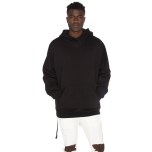 It started as most things do these days.

Los Angeles high-end streetwear designer Daniel Patrick direct messaged Tyga on Instagram about a year ago after Patrick saw the hip-hop artist wearing his label during New York Fashion Week. The two traded messages, Tyga came into Patrick’s store and bought more from his line and expressed interest in collaborating. Now, the born-online capsule collection between Patrick’s eponymous line and Tyga is set for launch Sept. 22 and will be sold exclusively in the U.S. at the Daniel Patrick Los Angeles store on Melrose Avenue and online shop, along with contemporary e-tailer Revolve’s Revolveman.

The Daniel Patrick x T-Raww collection, priced from $110 to $600, consists of eight styles, including a bomber jacket, oversize T-shirt, hoodie and skinny jean.

All of the pieces were made in Los Angeles.

An event to kick off the collection’s launch is scheduled the same day as its release and will be held at the Revolve Social Club on Melrose in which Tyga and Patrick are expected to be in attendance.

The collaboration is another notch in the belt for Patrick, whose business has been gaining steam.

The designer, originally hailing from Sydney, moved to the U.S. in 2011 and launched his label, which draws influences from hip-hop and military styling.

His edgy minimalism is realized in French terry joggers, cropped cold-shoulder tops and long bomber jackets for women — a segment the company got into roughly a year ago. On the men’s side there are sleeveless bombers, denim jackets and parachute track pants. The business also includes a similarly designed children’s line. Calf suede and leather high-top sneakers from the line are handmade in Italy.

The company had been operating out of a store in downtown and in January relocated corporate operations to a 7,000-square-foot warehouse in the area. The space supports a lean team of about a dozen employees.

Patrick opened a flagship on Melrose in April and business has been robust, according to the designer. The door, totaling about 850 square feet, will undergo an expansion with construction  taking place next door to grow the store to 2,200 square feet.

“Having 850 square feet to showcase the product lines we have is now inadequate,” Patrick said. “We have footwear. We have kids. We have men’s. We have women’s.”

Opening more stores is in the cards, with the company planning an opening in New York this year, Patrick said.

The line is in about 70 boutiques worldwide in places such as H. Lorenzo in West Hollywood, Calif., Traffic in Los Angeles, Rand + Statler in San Francisco and Shop Untitled in New York. Patrick is set to release more footwear styles this year. The company is also developing men’s and women’s accessories, with backpacks and totes made in Italy.