The 400-square-foot store offers the largest assortment of Drake's product in America. 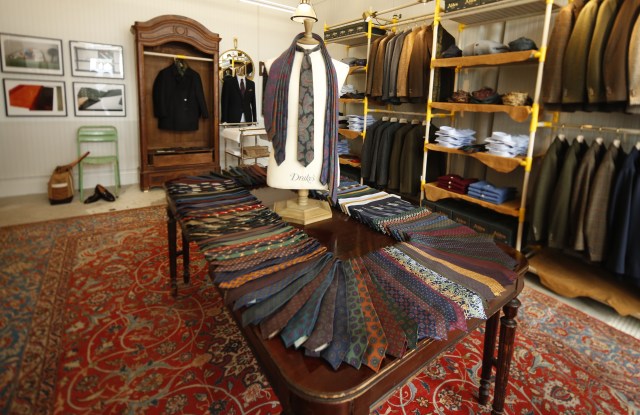 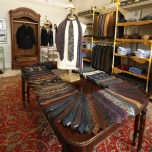 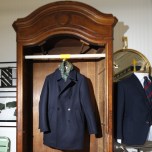 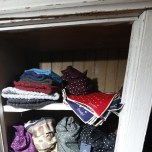 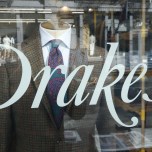 Drake’s has planted its flag on U.S. soil.

On Friday afternoon, the London-based furnishings and clothing label opened the doors to its first store outside of the U.K., a 400-square-foot boutique at 120 Prince Street in the heart of SoHo.

The only other full-price unit is located on Clifford Street in London and there is an outlet store at its factory on the aptly named Haberdasher Street.

“We could have done more in London,” said Michael Hill, creative director, who owns Drake’s along with a partner, Mark Cho. “But we looked at our online orders and saw that New York was equal to London. That doesn’t mean we’ll succeed here, but we saw where we’re strong so we think we might have a chance.”

Barneys New York and Bergdorf Goodman also carry the brand’s furnishings and J. Crew offers an assortment of women’s printed ready-to-wear and accessories that sport the brand’s neckwear prints in pajamas, shirts and pants. “Drake’s is not about the tie for us, but a look and a feeling,” he said.

Hill said because the full assortment was not available anywhere in the States, “we haven’t connected through to the customer. We were selling only accessories and wanted the opportunity to flesh it out properly.”

Hill said that by opening its own store, customers can see the full breadth of the assortment created by the company. “We started with ties, scarves, handkerchiefs and foulard squares,” Hill said of the brand that was founded by Michael Drake in 1977. But since opening its store on Clifford Street five years ago, Drake’s has expanded into shirts, knitwear, sport coats and outerwear. Suits will be added in the future, Hill said.

While the furnishings, which are all produced in the U.K., are quite English in feeling, the tailored clothing is manufactured in Italy and has a different sensibility. “They’re soft, unlined, comfortable and casual,” he said. “That’s where we diverge from our Englishness.”

Hill said that with men today wearing fewer ties, it made sense for Drake’s to expand into other categories. Neckwear had accounted for 75 percent of sales five years ago and is now 40 percent.

The store will serve to introduce the brand’s selvage denim as well as dress trousers, and all told offers the largest selection of Drake’s merchandise presented in America. The only third-party brand offered is Alden shoes, which Hill said “works with the aesthetic of what we do.”

Prices are not inexpensive, but the merchandise is hand-crafted and the patterns and prints are unique. Ties retail for $165, dress shirts are $175 to $215 and sport coats are $1,295.

While the finishing touches and final mix were not complete when the store opened on Friday, it will eventually feature photographs by Kevin Davies that will tell the brand’s story. A curated selection of art from the Hales Gallery, including works by Sebastiaan Bremer and Martin Wilner, will also be added.

Hill, whose father worked with Michael Drake in the early years of the business, was involved in the company for as long as he can recall. “I grew up in the factory,” he said. “I drove around in a car with bales of silk.” Before purchasing the brand six years ago, Hill worked at weaving and printing mills and also for Savile Row tailor Richard James.

Hill is hopeful that the store will do well and attract existing and new customers. “Our guy can look good in any major city of the world,” he said. “So we hope we have a customer in the city. I’ll tell you in six weeks.

“We have a history manufacturing and wholesaling, but we always had people knocking on our factory door to buy our ties in London,” he said. “So we felt like we had to start retailing.”

Beyond this, Hill said Drake’s will work with its Japanese joint venture partner to open a store in Ginza next. Beyond that, there are no plans to add other retail stores at this time.

“There are no concrete plans, but maybe in a year or so,” he said. “You have to walk before you can run.”