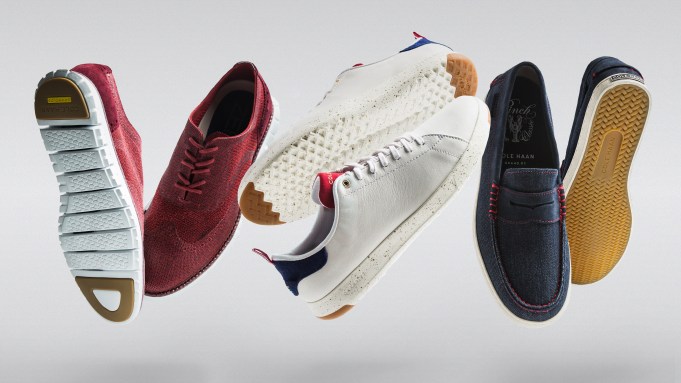 JackThreads is relaunching its footwear vertical.

The online men’s wear retailer, which targets Millennials, is unveiling its private label of footwear this August and partnering with brands including Cole Haan and Reebok on limited-edition shoes.

The site, which started out as a flash sale site in 2008 before transitioning into a full-price site in October, previously worked with Otabo shoe factory and Hillsboro shoes to produce an in-house line of footwear that was sold under the Hillsboro name and retailed from $85 to $100. Now the brand is releasing the line for fall under the JackThreads name and using real leather. The assortment will retail from $80 to $140.

“We’re launching the JackThreads footwear line to continue what we started with the JackThreads clothing line,” said JackThreads’ creative director Tony Kretten, who joined the team last year and previously worked as head of men’s global design at the Gap. “We want to offer our Millennial guys pieces made with quality materials at reasonable prices that will elevate their personal style.”

The line, which has been designed by Michael Vincent, JackThreads’ head of nonapparel, includes classic men’s footwear — chukkas, Chelsea boots, brogues and lug boots — that have been updated with athletic soles.

Vincent, who joined JackThreads as footwear buyer in 2011, is also rethinking sneaker collaborations. Instead of relying on colorway changes, Vincent is working with brands to create new silhouettes and utilize new technology.

For its Cole Haan collaboration, which was inspired by the Olympics and will be available starting today, Vincent used a hot-melt knit upper with clear wool for the Zerøgrand, which isn’t normally used on a wingtip. And for its collaboration sneaker with Reebok, Vincent has inverted the logos and used pigskin suede on the interior and exterior of the shoe. He also used JackThread’s signature orange color on the sole. While its summer capsule with Cole Haan is a one-off partnership, JackThreads will drop its exclusive sneakers made in partnership with Reebok throughout the year.

Since spinning off from Thrillist Media last October, JackThreads has made numerous changes. The brand recently launched a try-on feature, which lets shoppers select as many items as they’d like to be shipped to their home to try on for a one-week period and only be charged after they select the pieces they want to buy. They also hired Joseph Dos Santos as vice president, head of production. Dos Santos was most recently the head of production at British Heritage Brands Inc. and Music Entertainment Sports Holdings, a subsidiary of Li & Fung Ltd.