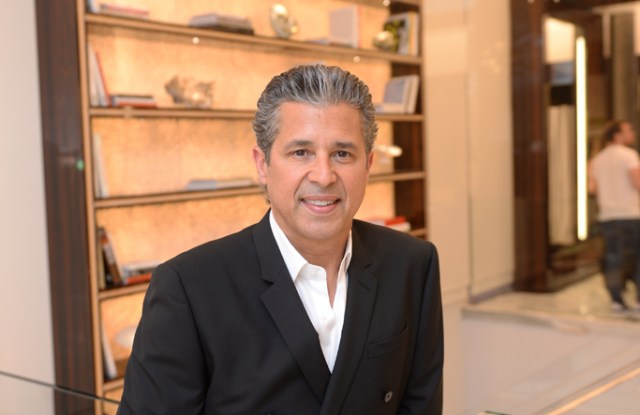 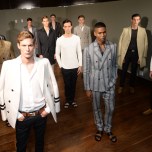 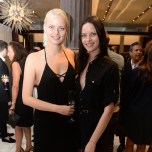 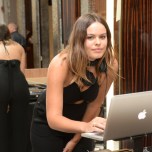 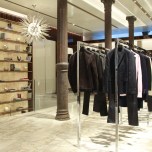 Jeffrey Rudes now has a flagship store in Manhattan’s SoHo section for his fledgling brand of luxury men’s wear, but it’s unlikely to remain the sole brick-and-mortar home for it.

Rudes, often cited as one of the patriarchs of the premium denim business for his founding and stewardship of the J Brand, opened his 5,800-square-foot store at 57 Greene Street Thursday after a presentation of his spring collection and opening party on Wednesday night. Even as he and his team struggled with last-minute details for the presentation and opening, he was already open to discussion of what’s next for what, until now, has been a self-financed enterprise.

“We expect to have a global, multichannel retail footprint,” he told WWD, “but first we want to get it right in our store and on our Web site. Would we use franchisees or finance the rollout internally? It’s too soon to say, but if I’m thinking in terms of a global rollout of the brand, I’m not going to be doing it myself.”

Rudes founded J Brand 10 years ago and resigned as its chief executive officer in May 2014 after selling his equity in the business. Fast Retailing Co. Ltd. acquired control of 80.1 percent of the brand for $300 million in December 2012.

Rudes seemed inclined to enter better men’s wear from virtually the moment he departed J Brand, convinced that, after a career spent principally in women’s and juniors’ apparel, it was essentially his destiny.

He’s had no second thoughts in the time since and notes that the strength of the apparel market has gravitated toward men’s — luxury men’s in particular.

“Men’s wear is growing, and luxury in men’s is its fastest-growing segment,” he said. “That’s not something that I think is short-term. For guys who want to dress, look and feel good, the wardrobe is more important than it’s ever been.”

His approach to the market has essentially embraced a day-into-night attitude, with items as sartorial as the wool and cashmere topcoats he offered for spring and as casual as the jeans that have been part of both collections so far. Rudes has come to view the blazer and more sporty outerwear as the staple of the men’s wardrobe, just as jeans have proven to be for many women.

“It’s about sexiness and attitude,” he said.

In his search for modernity anchored in tradition, Rudes is looking to redirect the man’s wardrobe by taking familiar men’s wear staples and presenting them in light fabrications. And as one might expect, denim, in white and lighter finishes for spring, remains at the core.

On Wednesday night, the store still smelled freshly of paint as Rudes greeted Amar’e Stoudemire and Atlanta de Cadenet plus editors and industry figures like Fern Mallis. Racks lined with the fall 2015 collection filled the space while downstairs, a fleet of models showed off the line.

“You know, it’s been such a lead up to now, that this feels kind of natural,” Rudes said of his new venture. “And they timed fashion week just for our opening.”

Standouts of the spring 2016 assortment included double-breasted suits in a boxier construction with lower and wider peak lapels, a deerskin soft leather biker jacket and a cashmere and suede trench.

As Rudes looks to evolve from a collection into a lifestyle brand, he expanded on the introductory grouping for fall with suits as well as accessories, which included a range of bags, shoes and belts. A trouser silhouette has been added to the jeans offering for spring but, his addition of suits for spring notwithstanding, he is not offering unfinished trousers.

“The collection is starting to evolve into a lifestyle conversation,” he told WWD, “from classic elegance to sexy modernism.”

The store was conceived by Rudes in collaboration with Steed Hale, principal of Interior Design & Co. Renovated red brick and an iron-columned facade help to reinforce the historic sense of the cobblestone street outside. Marble floors and ebony wood, often accented by chrome, plus a 9-by-12-foot video wall, balance heritage and the modern.

“The store is the backdrop for the clothes themselves,” Rudes noted.

Rudes has an office in Bologna that oversees the activities of the seven Italian plants producing the collection.

“Italy’s the real deal and we take pride in being produced in factories that are also producing for Hermès, Givenchy, Dior, Lanvin and Loro Piana,” he said.