WWD outlined a walking tour of the memorable stores, galleries and restaurants on the block. 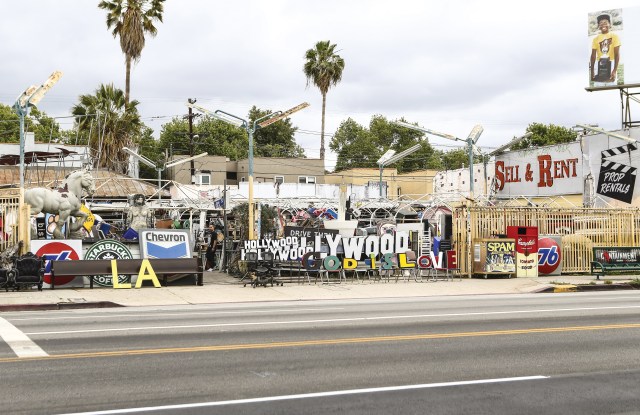 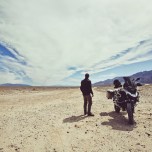 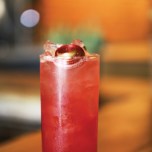 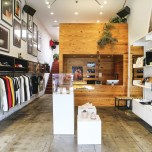 This story first appeared in the May 11, 2016 issue of WWD. Subscribe Today.

Over the past half-decade, La Brea Avenue has solidified its standing as an epicenter for men’s fashion in Los Angeles. While American Rag Cie, Stüssy and Union were the pioneers on the retail front between 1st and 2nd Streets, other brands — including Bonobos, Steven Alan, Garrett Leight and Unis — have followed. The Local, a General Pants Co.-owned retailer that carries brands such as Ksubi, Zanerobe and Neuw, is the latest newcomer, targeting a June opening.

WWD outlined a walking tour of the memorable stores, galleries and restaurants on the block.

Imagine testing the warmth of a ski jacket on a mountain in northern Iceland, doing an interview in a snowcat that’s slowly climbing Baldface in British Columbia and trying out motorcycle gear through Death Valley, Switzerland, France and Italy. Such is the life of Aether Apparel cofounders Palmer West and Jonah Smith, both 43. While West grew up in Philadelphia and Smith came from Connecticut, the former filmmakers have made L.A. home for the last 15 years. They try to get outdoors as much as they can. “For us, it’s about the travel and going to as many places as you can and creating memories,” West said.

Here, he talks about what he and his business partner like to do outside of the office:

How outdoorsy and active are you and Jonah Smith?
We both have a love for the great outdoors. I went to college in Montana. It’s important for me to get on the snow 120 days out of a year.

Are you both that good on motorcycles and the snow?
We don’t prop ourselves up as the greatest of all time. We’re just avid, avid fans. We make a choice to ride as much as we can and get on the snow as much as we can.

What are some of your favorite outdoor activities to do in California?
This is nature’s playground. We were just in Death Valley riding motorcycles during the tail end of the bloom. I’m not a pro surfer but we enjoy the waves. It’s hard not to. We frequent Mammoth quite a bit. Part of Southern California is when you talk about your weekend plans, you say, “Where are you going? What are you doing?” Here, it is much more about early rise, get out and go.

Do you do a lot of business on the road?
Really, it’s about testing our gear. It’s hard in Southern California to not test it.

Stone Island is making its presence known in the U.S. market with the 3,000-square-foot store it opened last February. As the first Stateside flagship for the Italian company, it’s a showcase for the reflective garment-dyed bomber jackets, orange cargo shorts and knits made with design guru Errolson Hugh.

But it’s merely a temporary stop. Stone Island likes the neighborhood so much that it is constructing a two-story building, covering 5,000 square feet, on the lot across the street from sushi spot Sugarfish.

Karen and Quinn Hatfield left behind the Michelin star they earned at Hatfield’s to fire up the grill at Odys + Penelope. What goes best with grilled wild white prawns and Niman Ranch skirt steak? An icy rye cocktail flavored with rhubarb and hibiscus. Tinted like a Jolly Rancher candy, the drink delivers a tang before the rye whiskey’s Tootsie Roll-like flavor sinks in. As the restaurant’s beverage director, Matthew Rogel, put it, “It’s light and relaxing and refreshing.”

For the rhubarb-hibiscus syrup:
• 2 cups water
• 1 ½ cups sugar
• ½ cup rhubarb, chopped into 1-inch chunks
• ¼ cup dried hibiscus flowers
Combine the ingredients in a pot. Bring to a boil. Lower heat to simmer for 10 minutes. Steep for 10 minutes and strain.

A Twist to OG Style

Along with Stüssy, which used to share the same space, Union is one of the OG stores on the avenue. Opened in 1991, it helped usher streetwear brands such as And Still and Black Scale onto the block.

Recently, under the direction of Rique Strong, it has begun supplementing its streetwear stock with designer labels. In addition to Visvim, Thom Browne, Junya Watanabe, Raf Simons and Fear of God, it serves as the sole L.A. retailer for Ganryu, Born x Raised and Noah.

Union may apply its wide-ranging philosophy for buying to designing. Tags for a potential line of private label clothing have been floating around the office: “We’ve been able to carve out our own niche,” said owner Chris Gibbs.

Drake’s fans have flocked to the first U.S. store for his fashion brand, October’s Very Own, since it opened in December. Some denizens on the avenue are still clueless about the rap star’s retail business. Other shopkeepers simply call it “the owl store” after the brand’s bird logo.

Without the celebrity imprimatur, it appears to be just another store marketing pricey basics: $40 logo T-shirts, $130 neon fuzzy sweatpants and $795 parkas from Drake’s Canada Goose collaboration.

Sprucing up a home for the summer is easy as 1-2-3 when one sticks to lights, planters and chairs. At A+R, modern design gets a masculine edge with steel, sheet metal and weather-resistant finishes. With its $850 My Chair Net, France’s Friends & Founders modernizes traditional caned seating in steel that has been colored and then powder-coated so it can go from indoors to outdoors. Modular lights from San Francisco-based Pablo also blur the line between inside and out; they retail from $249 to $259. Pad Outdoor has streetwear roots for its planters that cost between $170 and $240. Eli Bonerz, cofounder of the seminal brand X-Large, created minimally designed but vibrantly colored pots out of hand-spun aluminum. Bonerz makes the planters in L.A.

With two freestanding stores in its base of New Zealand and another pair in neighboring Australia, I Love Ugly made a bold move to open its first U.S. outpost on La Brea Avenue two years ago. To make an impression on locals and foreign tourists who shop on the street, founder and creative director Valentin Ozich chose strong, striking decor. Light wood shelves and stark white graphics are bright counterpoints to the matte black ceiling, walls and tables. He’s also keen on quotes that represent the brand:

• “When you’re good, no one remembers; when you’re bad, no one forgets.”

• “Quiet people have the loudest minds.”

• “A man who wants to lead the orchestra must turn his back on the crowd.”

Chris Stamp’s eye for design goes beyond clothing and shoes into home decor. Tucked on the second floor above a tattoo parlor, the 1,400-square-foot store for Stampd highlights his appreciation of Japanese and Scandinavian design, whether it’s in the form of button-up shirts with clean lines, skinny paintbrushes produced by Germany’s da Vinci, marble apple boxes or $20,000 custom surfboards made by Futura.

Few things faze Chrissy Phelan, who runs the barber shop in the clothing store General Quarters. After all, the tatted-up Angeleno hangs a Louisville Slugger engraved with her motto “Clean It Up” next to the back door. Yet, when she runs out of gummy bears stored in a glass bowl next to the complementary pours of whiskey and bourbon, she’s astounded by her customers’ reactions. “Grown men go crazy for gummy candies,” she said.

After sharpening her scissors at Baxter Finley and Rudy’s, she launched her business in September 2012 with General Quarters owner Blair Lucio. She’s like a therapist, hugging one customer decked out in a blue buttondown and chinos and exclaiming, “We have so much to talk about — holy s–t.”

Phelan’s 300 clients keep returning for the $60 cuts, which include a shave of the neckline with a straight razor and a hot towel infused with eucalyptus oil. While her specialty is a classic men’s hair cut, she can do anything that Justin Bieber has tried. “People like the Biebs’ hair,” she said.

Men trust her, becoming converts to the wonders of blow dryers. “Guys freak out when they hear a blow dryer,” Phelan said, “but then they say, ‘My hair is much better when I blow dry it.'”

Greg “Craola” Simkins has seen his handiwork migrate from graffitied walls to clothing lines and video games to the homes of famous collectors. In his new exhibition, “Beyond Shadows,” at KP Projects, the 41-year-old ponders the relationship between the known and the unknown. Creatures interact with adventurous children.

“I wanted to capture a sense of awe that a child has the first time they encounter a waterfall,” he said.

Trading Post by Dr. Collectors looks like an indigo-drenched frontier store run by a Frenchman steeped in Native American mysticism. The scent of copal incense wafting through the shoebox-sized store owned by Teddy Grasset also evokes indigenous traditions. Made from the resin of the copal tree and emitting a warm, heavy scent, the bluish-gray incense is believed to have the ability to burn away negative energy and alleviate feelings of depression. In other words, it’s an auric alternative to retail therapy.

The line of sneakerheads vying for collector-worthy kicks starts worming around Undefeated in the wee hours of the night. Given its influence, the shoe store has done well in designing exclusives, including the $135 Nike Cortez that it customized for Los Angeles with Dodger blue soles and the city’s abbreviations printed on the back of the black nylon and suede shoes. For toddlers with swag, the $60 marbleized Air Jordans can give enough boost to grab the monkey bars on the playground.