The trade shows changed their dates to run concurrent with the New York men's fashion shows this time. 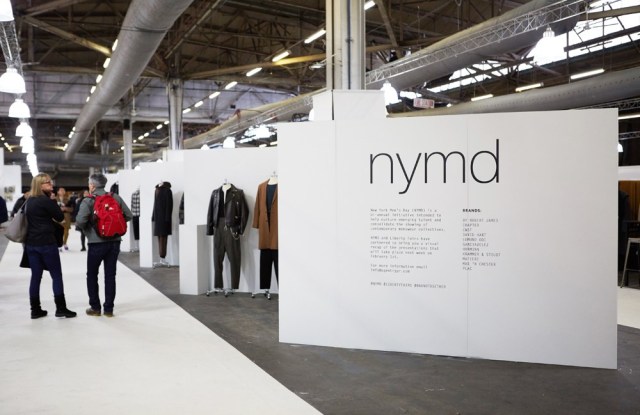 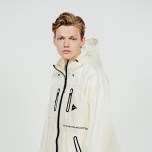 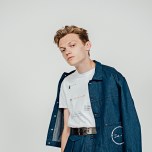 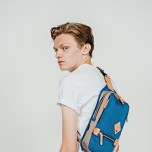 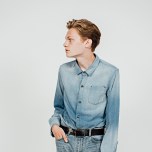 NEW YORK — Retail is rough. Between the contentious presidential election, pockets of violence and a consumer seemingly more interested in Pokemon Go than picking up the latest jogger or technical jacket, retailers have to work harder than ever to find products to lure customers to buy.

With that as the backdrop, buyers hit the spring men’s market here to shop the Liberty Fairs, Capsule and Man exhibitions earlier this week — fitting a stroll through the aisles in between runway shows and presentations.

The three events opted to run concurrent with the New York Fashion Week: Men’s shows this time, while Project and MRket will start Sunday.

Ken Giddon, of New York-based Rothmans, said he thought the “energy was good at the shows on Monday, but it was kind of a funny calendar this time around that might have hurt attendance.”

He said that unlike a lot of the larger stores, Rothmans business is “not terrible,” which he attributed to its flexibility.

“We’re definitely not set in our ways. Retail is either really fun or really frightening. It’s a business that has changed more in the past three to five years than ever before, and you have to keep your eye on the ball, because it’s always moving.”

Giddon said he walked Liberty and Capsule and “saw a few good things.” He especially was drawn to Alternative, which he described as “like a lot of other sportswear lines, but well-priced. It was on trend.” He also thought Twenty looked good. “But it’s early for us,” he said. “We didn’t really have our buying shoes on yet.”

Eric Jennings, vice president and men’s fashion director for Saks Fifth Avenue, found time to walk Man between shows and liked what he saw. “It’s one of my favorites,” he said. “I always find new things.”

He was especially drawn to N.Hoolywood, which showed a different collection than on the runway, as well as Several, YMC and Kappa, which he called “really distinctive.”

Jennings also singled out Homecore as a new favorite.

“A lot of times, we’re not shopping for this season, but next,” he said. “And these lines are now on my radar.”

Here are some highlights from the shows.

Inspiration: Watson and Oshin grew up in the New York streetwear scene but wanted to create a line that was more suited to their adult sensibilities. Hence, Death to Tennis, which is in its third season and currently sold at retailers such as Gentry, Opening Ceremony and C’H’C’M. The brand, which makes most of its collection in Japan, is delving into footwear via a collaboration with Brooklyn-based sneaker line The Greats, which debuted Tuesday during New York Fashion Week: Men’s.

Key styles: The collection consists of streetwear staples featuring elevated details and silhouettes. High-waist denim pants are modeled after fisherman trousers, while denim workwear jackets are embroidered with the Death to Tennis logo. T-shirts, which are new to the line and made in New York City, are covered with illustrations drawn by Oshin. The collection also includes sporty separates ranging from hooded sweatshirts to oversize parkas.

Inspiration: Sondag held design stints at Engineered Garments and Chucs before starting his own line, which is made in New York City’s Garment Center using mostly natural fibers. Sondag said the collection, which is in its third season, draws from his multicultural background — he’s German, Chinese and Irish — and classic military pieces. The line — the “S” stands for his last name and the “K” stands for kindred — is currently sold at retailers such as Meyvn, Gentry, C’H’C’M’ and Nepenthes New York.

Key styles: Sondag focuses on sophisticated but relaxed pieces, including linen tank tops, drawstring shorts and matching pullover parkas, unlined blazers with a tie and button closure and wide-leg drawstring pants. Sondag worked with a floral Indian woodblock pattern, which is his first time working with prints for the line. The print appears on cotton pants and matching parkas, along with split-neck shirts and matching shorts.

Inspiration: The brand was established in 1995, in Osaka, Japan, with the intent to offer a differentiated, affordable collection of lifestyle accessories. It originally offered men’s bags inspired by military design and functional aesthetics. Since then it has evolved into a unisex collection of day packs and backpacks in a variety of shapes and sizes.

Key styles: The brand’s top seller is currently its Tourer backpack, which features a triangular shape that can expand for more storage when needed and uses weatherproof Cordura fabric, according to Fumi Suzuki of Molla Space, the brand’s U.S. representative. Harvest Label also offers a sling pack series of cross-body bags, available in three fabrics, with zippered pockets, a padded mesh rear panel and an adjustable shoulder strap.

Price points: Everything retails for less than $100, with the sling pack selling for $58.

Inspiration: The mountaineering-inspired brand was founded in Tokyo in 2011 and offers outerwear that works in the outdoors as well as in the city. The designers, whose backgrounds include Issey Miyake, employ functional fabrics and seam-sealed construction that is water- and wind-proof but designed to look as chic in the city streets as in the snow-covered hills.

Key styles: A package nylon hoodie is light as a feather but uses a breathable, microporous, waterproof coating called Pertex Shield to protect from the elements. Other key pieces include a poncho vest with side zippers, a lightweight waterproof jacket with a hood and reflective piping that is longer in the back and offers a modicum of stretch for comfort. The brand also offers backpacks with similar performance features.

Inspiration: The Italian-based active brand looked to its vintage styles from the Eighties and Nineties for its heritage apparel collection, which focuses on track jackets and matching pants in mostly primary colors, along with graphic T-shirts and sweatshirts. The company launched this collection in the U.S. for fall. The active line, Evo, is sold at retailers such as Bloomingdale’s, Foot Action and Zappos, while the heritage collection is sold at specialty stores.

Key styles: The collection is mostly made up of track pants and track jackets, tonal sweatshirts and sweatpants and T-shirts.

Inspiration: Tsuyoshi, whose Japanese-based brand FDMTL is 11 years old, works with indigo dye to create garments that he says get better with age — many of his patchwork pieces take on new colors and shades when washed. Tsuyoshi launched in the U.S. three years ago, and his line has been picked up by retailers such as Barneys New York, American Rag, Ron Herman, J. Crew and Unknwn, the boutique in Miami owned by NBA star LeBron James.

Key styles: Tsuyoshi mostly creates indigo-dyed patchwork pieces, including shirts and shorts made from seersucker and chambray, along with denim and chinos that feature chambray patches. Tsuyoshi collaborated with Vans Japan on a slip-on sneaker covered with indigo-dyed fabrics.

Inspiration: The designer has always believed that there’s a void for better-fitting denim at a price that was more affordable than his runway collection. So 18 months ago, he launched a small collection of jeans, in even sizes only, that retailed for $249. The response was strong, so for spring, Geller is expanding the offering and lowering the prices.

Key styles: The jeans are offered in three fits: the RG1, which is skinny; the RG2, which is skinny, and the RG3, which is straight. All of the jeans, which are produced in Los Angeles, have 2 percent stretch. They are offered in black, off-white, raw black, slate and a five-year fade, which is a weathered blue. “Less is more,” said Herman Solomon, who reps the line for Fiftytwo Showroom. “The focus is not to have a lot of ‘stuff’ on the jeans.” There is also a cotton twill top and a denim jacket to round out the range.

Price points: The jeans retail for $249.

Inspiration: The British luxury brand traces its roots to 1923, when medical missionary Sir Wilfred Thomason Grenfell sought a fabric that would stand up to extreme elements. Enter the Grenfell cloth, which was regarded for decades as among the best technical fabrics for sportsmen and gentlemen. Since then, the company has produced coats and jackets in the U.K. that continue to uphold that tradition.

Key styles: Grenfell offers a classic line of favorites such as covert coats, trenches and duffles, but also offers a collection of contemporary styles designed to appeal to a more fashion-forward man. While based on similar silhouettes, they’re cut slimmer and offer modern tweaks. Among the bestsellers in both categories is the brand’s golf jacket, a piece Grenfell has offered since 1931. Contemporary updates include two-way zip, a stand-up collar, side cinches and a Grenfell house check lining.

Price points: A Harrington cotton jacket and the golf jacket both retail for $450, while a dispatch rider coat sells for $1,100.

Inspiration: Kappa, an Italian sportswear brand that Gosha Rubchinskiy recently partnered with — his designs for the brand were shown during his Pitti Uomo show — is attempting to make a comeback in the States with its heritage pieces from the Nineties, which have been embraced recently by streetwear fans in Europe. The spring collection was inspired by the 1984 Summer Olympics in Los Angeles.

Key styles: The line is comprised of Kappa’s classic pieces: track jackets, and pull-off pants coming in a variety of colors. Other pieces include a knit T-shirt with the brand’s signature logo tape detail, graphic T-shirts, duffels, backpacks and hoodies.

Inspiration: The eight-year-old, Paris-based brand is focused on French workwear and has made a name for itself as one of the most progressive and innovative streetwear labels with its offering of utilitarian pieces. The line is carried in Dover Street Market and Opening Ceremony.

Key styles: The U.S. and French military are the inspiration for Bleu de Paname’s offering of jackets and pants that have been updated with contemporary fabrics and more-modern silhouettes. French moleskin, which Giorgetti described as the French equivalent of U.S. denim, was used in a square workwear jacket. The more-military outerwear pieces were lined in Jersey. Everything in the line is manufactured in France.