This is the first store for the men’s footwear brand. 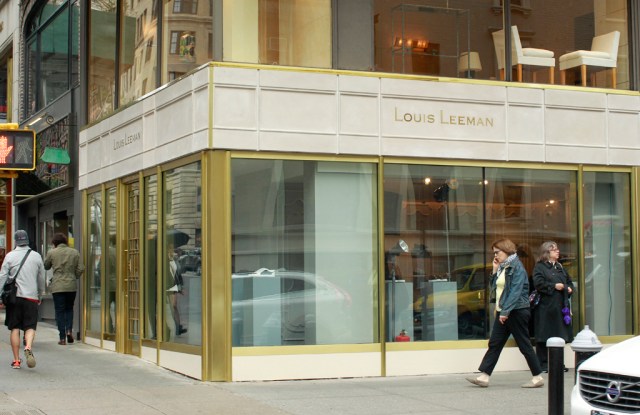 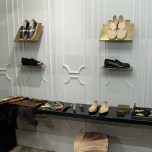 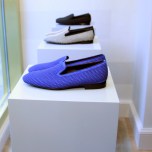 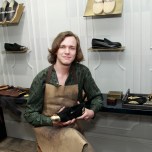 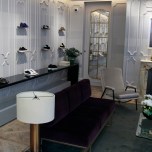 The Paris-based men’s luxury footwear brand, which was founded by husband-and-wife team Louis Leeman and Erica Pelosini in 2012, has opened its first shop, on the northeast corner of Madison Avenue and 67th Street after considering a store in Paris and a downtown location in New York.

“We looked around downtown, but chose Madison because it reaches an international customer and you need a big storefront downtown,” said Leeman.

The 927-square-foot store, which was designed by David Collins Studio, resembles a Parisian living room — there’s no cash wrap or register in sight. The boutique is decorated with plush purple couches and a fireplace. Shoes are displayed on the perimeter of the space along gold fixtures and walls with molding.

“We wanted it to feel like a gentlemen’s club,” said Pelosini, who added that future Louis Leeman stores will mimic other rooms in a Parisian home.

A cobbler will also be on hand to provide custom services. According to Leeman, they’ve offered made-to-measure shoes before at trunk shows, but this is the first time they will be available at a brick-and mortar location. The service comes with a 20 percent upcharge on the brand’s typical prices, which range from $495 to $1,395.

The U.S. currently accounts for 28 percent of Louis Leeman’s sales and its statement-making footwear, which Pelosini described as “classic but zesty,” is stocked at retailers including Saks Fifth Avenue, Neiman Marcus, Fred Segal and Chuckies New York.

Leeman said they are less focused on wholesale distribution and actively looking for additional store locations and are considering London and Hong Kong. They project the Madison Avenue store will produce $2 million in sales its first year.

“We want to create the lifestyle of Louis Leeman,” said Pelosini. “You can do that when you create your own corner.”