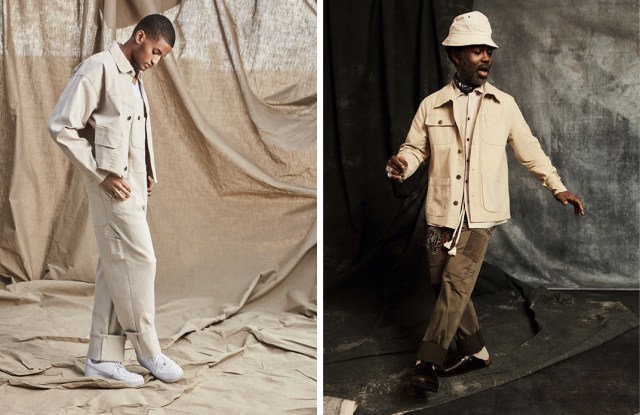 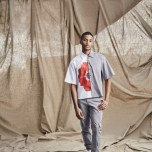 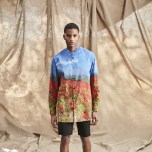 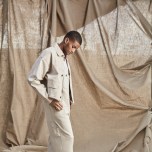 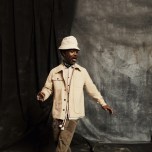 Just in time for Father’s Day, Macy’s is shining a light on two Black creatives, who have created capsules for its Icons of Style initiative.

The second drop of the collections is being released today and the offering will continue the narrative that Onyia and Theodore began two months ago.

Durand Guion, group vice president of fashion for Macy’s, said that while all five design partners are important, he sees a big opportunity to “tap into the men’s space [by showcasing] Black excellence and design.”

He said he was drawn to Theodore and Onyia because of their design sensibilities. “Ouigi was on our radar, and we don’t carry Brooklyn Circus, but we love the aesthetic,” he said, pointing to the “true Americana” and “vintage military” references the brand has become known for. “Plus he’s an amazing storyteller so we knew he could bring something new to the brand.”

Theodore offered up his take on Sun + Stone, a relatively new private men’s label that took the place of American Rag, Guion said.

Top sellers from the Theodore-designed capsule from the first drop in March included military-inspired pants and shorts embellished with patches featuring his artwork; a camp shirt with a print on the back; an olive green nylon trucker jacket, and floral T-shirts.

“It was right up the Macy’s guy’s alley,” Guion said.

Guion said that the second collection from Theodore will continue the “retro narrative” that he first explored for Sun + Stone in March. The collection, which includes a lot of military references based on his family history, includes a blazer, cargo short, collared T-shirt, a satin bomber and two T-shirts. Key pieces include a vintage baseball shirt and references to his mother’s year of birth, 1945, and the age she died, 45.

“Every collection is connected to my mother’s migration in search of the American dream while holding firm to her Caribbean pride,” Theodore said. “The roots of that pride gave birth to my duality. I design and create from that place of duality. Embracing both brought a sense of peace that fueled my direction with this partnership with Macy’s and adding that depth to Sun + Stone.”

Turning to Onyia, who has a large Instagram following and is the cofounder of UpscaleHype, a popular men’s social media platform, Guion said he has “an exceptional taste level” and is seen as a “style coach” for NBA stars and others. In fact, LeBron James was spotted wearing the designer’s tie-dye splatter jacket courtside earlier this month.

“Allen brought something unique and special to Macy’s and really pushes the edge — but it’s still saleable,” Guion said.

In addition to the splatter jacket, top performers in Onyia’s first collection for INC International Concepts included an oversize tie-dye shirt as well as a color-blocked striped tracksuit.

For the second drop, he turned to Macy’s vintage advertising images and Guion said he especially likes the “playful” pieces such as a color-blocked shirt with a large printed floral print on one side, the tour jacket and the latest iteration of the tracksuit designed to be worn together or as separates.

“My style is effortless, clean, sharp, and edgy, and I think it’s reflected in this collection,” Onyia said. “What excited me the most about the collaboration is the initiative behind it and I’m honored to be one of the five designers chosen to represent the brand.”

Guion said a third drop is planned for September, at which point Macy’s will “evaluate and decide how to extend” the initiative. “We will definitely continue the idea of Icons of Style as a way to create a platform for Black excellence,” he said.