To celebrate the U.S. Open, the brands are teaming up on a limited edition tennis-inspired collection along with a New York City pop-up. 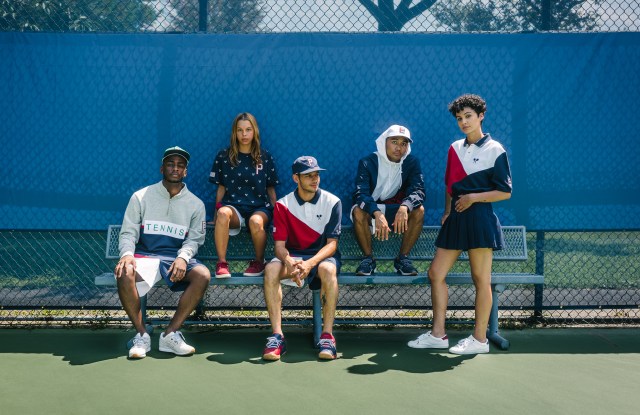 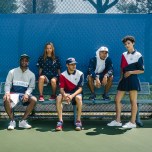 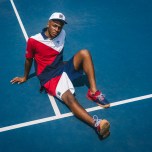 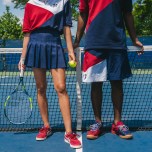 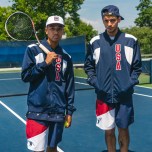 Mitchell & Ness, Asics and retailer Packer Shoes are linking up.

To celebrate the U.S. Open, the brands are collaborating on a limited-edition collection of tennis-inspired sneakers, apparel and accessories, and Packer Shoes will operate a pop-up activation in New York from Aug. 29 through Sept. 1 at the Vanderbilt Hall in Grand Central Station, where the line will be sold.

“You really have to wow this customer,” said Mike Packer, the chief executive officer of Packer Shoes, a New Jersey-based sneaker retailer that’s known for its product collaborations with brands including New Balance, Fila and Reebok. “We are excited about holding something at Vanderbilt Hall. It’s such an iconic space.”

Mitchell & Ness, which used to make tennis racquets during the early 1900s, has replicated the Arthur Ashe track jacket along with polo shirts, T-shirts, pullovers, bucket hats, visors, snapback hats and terry headbands. The apparel retails from $10 to $160. On the footwear side, Asics, which is also known for its ties to tennis, has produced the Onitsuka Tiger Lawnship, Game Set Match, the Tiger Gel Lyte 3, the Tiger Gel Sight and the Gel Resolution 6 in cream, navy and burgundy colorways. The collection will also include performance styles such as the Gel-Lyte III and the Gel- Saga. The footwear is priced from $110 to $180.

“There’s been a lot of focus on the lifestyle sneakers, but we also wanted to concentrate on performance styles as well,” Packer said.

Packer’s grandfather and great uncle founded Packers Shoes, then called Packer Bros., in 1907 in Yonkers, N.Y. The store existed there for 100 years before Packer moved the operation to Teaneck, N.J., which Packer said was void of any sneaker stores. Packer Shoes also operates a shop in Jersey City, N.J.