The store is in Brickell City Centre. 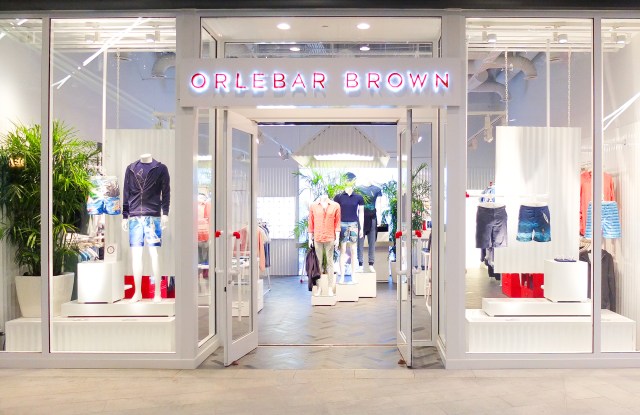 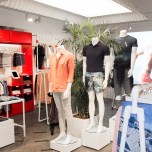 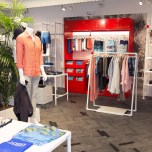 Orlebar Brown, the London-based swimwear brand, has opened a store in the Brickell City Centre in Miami. This is its third U.S. unit.

The 1,000-square-foot boutique is designed to blend into the region’s Art Deco beach heritage with a suspended “hut room” lighting display and concept fitting rooms, white corrugated materials and walls and tonal porcelain-tiled floors in an intricate herringbone pattern.

“Ever since I took the very first Orlebar Brown samples to test on South Beach, it has been a dream that we should open a store in Florida,” said founder Adam Brown. “What better natural home for Orlebar Brown than Miami — and it is truly exciting to be part of the new Brickell Centre.”

Orlebar Brown was founded in 2007 as “the tailored approach to swim shorts.” The pieces feature the same 17-piece pattern of a man’s suit trouser including side fasteners so they are intended to be as appropriate at a restaurant as in the ocean.

The brand operates seven stores in the U.K. and, with the Miami unit, 14 international stores around the world.