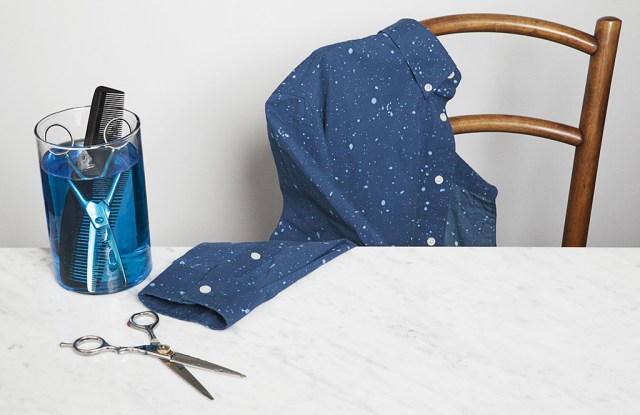 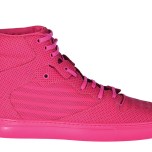 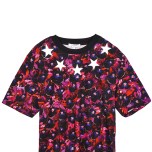 It’s all about setting the scene. And while today’s knowledgeable customer can’t often be fooled, how a product is presented — especially in men’s wear where there is a plethora of new brands — can help set a brand apart.

Take French department store Printemps, where the retailer’s 150th anniversary celebrations have helped boost business significantly in the first half of 2015. Given the girly theme — pink and floral motifs — the retailer was initially nervous about how a series of collector items created by various brands for the occasion would resonate with the male consumer. It turns out they sold out within a week.

“We are registering double-digit sales increases in men’s mainly due to three factors,” said Karen Vernet, Printemps’ general merchandise manager of men’s apparel, homewares and private label. “For one, we have a new accessories floor. It’s booming because it’s new, but also because the segment as such is less mature than in women’s. Men have just started discovering accessories and that creates growth for us.”

The second and third factors are traffic-related.

“Our [business with] international and local clientele are both up by double digits,” Vernet continued. She said that while international visitors, most of whom come from Asia, are attracted by the second floor’s luxury ready-to-wear offering, including Prada, Saint Laurent and Dior, local clients have recently been flocking to the store, driven by special events and limited editions.

“In the last two months, men’s wear really emerged as the number-one seller,” said Vernet, quoting a black Givenchy collector’s T-shirt with pink floral graphics and a pair of ruby red Balenciaga sneakers among the products that got wiped off the shelves in less than a week.

“This was a big surprise for us. What we have learned from this is that strong brand identity is key, and that we can move much faster, and push harder into a more fashion-forward direction. The customer is ready,” she said.

“Working on scenography is very important,” said Maud Tarena, commercial director of the men’s department at Le Bon Marché. “It’s no coincidence that more and more brands are talking about savoir faire and are collaborating with artists. It’s to give sense to the garments. Men love good storytelling.”

“They like exclusivities and the personalization of products, which helps to express the identity of a brand. For most men it’s a question of lifestyle,” added Virginie Sartres, men’s wear stylist at Le Bon Marché, citing the success of its pop-up concept, which every two months devotes floor space to a different brand.

The Paris department store’s list of exclusives has just gotten longer with Gieves & Hawkes, J. Crew men’s, Schnayderman’s, Rossignol and Fusalp among the newcomers for fall.

In addition to theater, merchandise designed to fit into today’s busy lifestyle is also finding fans among customers.

“For instance, woven silk ties are not very strong. They have been replaced by knitted ties and scarves,” Sartres said. “The same is true for leather goods, where we are selling fewer formal pieces. It’s backpacks instead of briefcases, because at the moment this is how men prefer to carry around their laptops — it’s easier and more comfortable,” she said, pointing to the retro sneaker, preferably in white, as the absolute bestseller at Le Bon Marché, which unlike its Right Bank counterparts, boasts a largely local customer base.

Unlike at Printemps, where French labels such as Ami and APC are a tougher sell compared to their bigger, more luxurious counterparts, here they thrive serving a typically Left Bank clientele.

“The men’s market is very ambiguous at the moment,” said Armand Hadida, founder and creative director of L’Eclaireur. The multibrand retailer said his business is “in excellent shape,” fueled by the sale of niche products. “With young Korean and Japanese designers — that’s the only thing that works,” said Hadida, whose clientele is 80 percent foreign and predominantly Asian.

“These are young buyers who use fashion as a tool. They look for things that are different and innovative. And I’m observing a global fear among brands to dare. That’s a big mistake in terms of strategy, and the reason why sales of established brands, which have previously served as a reference, are stagnating,” he said.

Building on the idea of newness and originality, the Paris concept store has a series of events planned for June 24 to 28, during the upcoming fashion week. Among them is a special appearance by NBA star Russell Westbrook on June 26 to introduce his sunglasses, a collaboration with Selima Optique. Westbrook will also bring along a new style of Jordans.

House of Holland and Martin Parr are expected to launch their joint line of apparel and accessories on June 27, with the photographer attending, while Louis Vuitton’s Christopher Nemeth collection had its debut at Colette on June 22, as previously reported.

Andelman, who noted the latter is to include a special sneaker designed for Colette, stressed the mutual interest for retailers and brands to work together on presentation and image, which at Colette translates into a “good balance between all categories” and a “very well-performing men’s department. It’s important for us to do our best to introduce all brands we work with,” she said.

Despite the market’s dynamism, some retailers warned not to underestimate the importance of a good bargain.

“Men like the impression of having gotten a good bargain, which is a different type of psychology,” she said.

Offering good value for money is what motivated the department store to relaunch its house label Brummell.

With prices starting at 395 euros, or $445 at current exchange, for a two-piece suit, it fills the gap for affordable tailored clothing.