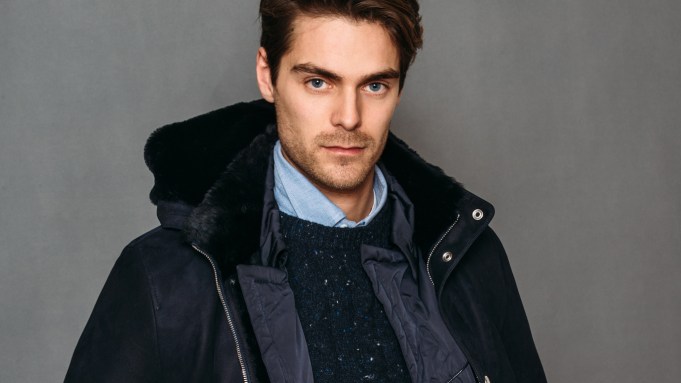 The trend was perhaps less of an homage to the city’s artisan heritage than an opportunity for struggling retailers to reinvigorate their offerings, as customers are increasingly spending their money in online channels rather than conventional retail.

“It was a pretty tough season for most retailers. The desire for reinvention is high and that makes Pitti so relevant,” noted Josh Peskowitz, adviser to Bloomingdale’s and cofounder of Magasin, a new men’s multibrand store in Los Angeles, slated to open Feb. 20. “Exclusivity and customization are really important today, and crafts and arts can help with that. It’s like the farm-to-table food movement. Yes, there is industrial food, which is still the majority, but there has been huge interest in organic lately — and people are starting to treat clothing in the same way.”

Grenson brand director Joe Hutchings said made-to-order and designer collaborations have risen significantly in the company’s own U.K. factories, which will mark their 160th anniversary this year. “Retailers need a point of difference and customized styles give people something to talk about,” he noted, adding that in July, the firm would set up a “school” to explain to clients how its shoes are produced and allow them to be personalized.

To help buyers pick the cherries, Pitti expanded the “Make” section of the fair with a group of 43 craftsmen it scouted from around the world, including Title of Work. The label said its handcrafted jewelry made in New York grew to 30 percent of its offering, up from 10 percent only 18 months ago. “Fall has been our best season yet. Our total business has grown 50 percent. We now stand at one order per day,” said designer Jonathan Meizler, who cited local production as an asset for smaller, short-term deliveries.

Paris-based neckwear specialist Maison F, whose business dates to the 17th century, said exports rose 42 percent. “Everybody says ties are in free fall, but we don’t see that. As long as they are different, they sell,” said François-Régis Laporte, Maison F’s creative head. For the first time, French department store Printemps became a customer. “They have been coming here for eight seasons but were afraid to place an order. This has changed. I think that’s a pretty strong sign.”

Hirofumi Kurino, United Arrows’ creative director, agreed that craftsmanship is on the upswing. “It is a solution for men’s fashion. People will still buy expensive clothing, but they need a reason for it. Fabric, production and history are becoming very important,” he said, lauding this season’s fair for its diverse offering, although he noted that traditional tailoring was on the losing end. “We are going back to our roots for fall, to the rustic side of fashion: tweed, alpaca, mohair — all the hairy fabrics — and warm colors such as orange, burgundy and the full range of browns will be key. Knitwear is very strong because of [climate change], and so is functional wear,” he said.

The fair’s arty theme was right up Eric Jennings’ alley. The vice president and men’s fashion director at Saks Fifth Avenue, which is slated to open several doors, including a men’s-only venue in Manhattan in 2017, was stocking up on “anything that would animate the new stores.” “We have connected with a lot of people in the Make section. We are also looking for a shoe repair service and grooming kits — so, not just apparel but lifestyle elements that would create a moment of surprise and speak to the client.”

Kurino, meanwhile, revealed that United Arrows would set up its second Tokyo flagship in the city’s upscale Roppongi district in September. “It will be four times as large as the existing one and stock higher-priced items. We will also put in place an elite service team…because at the end of the day, what counts is merchandising and presentation.”

Here, some highlights from the fair.

Furla
Designer: Fabio Fusi
Inspiration: In an effort to become a lifestyle brand — and a year after it launched a men’s division — the family-owned company continues to expand beyond handbags with footwear, scarves, eyewear and small leather goods. Fusi insisted “all styles are trans-generational and genderless,” and the line is particularly successful in Asia, where the firm is slated to set up its first freestanding men’s-only store in the second half of 2016, according to chief executive officer Eraldo Poletto. Japan accounts for 25 percent of its total business.
Key styles: The label’s totes have emerged as bestsellers. They come with multiple compartments for techies, some are reversible for more color options and others, such as the “007,” can be stacked one on top of the other.
Prices: Bags start at $531; shoes retail from $260.

Victorinox
Inspiration: The Swiss army knife-maker is growing its apparel business, hoping to generate low double-digit increases in the division in coming years, according to Jason Gallen, president of global fashion. Outerwear, its best-selling category, currently represents 30 percent of total volume, followed by woven shirts and sweaters.
Key styles: For fall, the brand is venturing into ath-leisure with laser-cut and water-repellent sweatshirts; it’s also launching denim. The traditional five-pocket styles in 11.5 oz. and dark washes are made in U.S. and in collaboration with Reprieve, which turns recycled plastic bottles into new product.

Fun fact: The pants contain a knife pocket on the backside of the coin compartment.
Prices: Denim sells for $165 a pair. Ath-leisure items range from $125 to $195.

Grenson/4
Designers: Tim Little, owner of Grenson; Shinsuke Takizawa, founder of Neighborhood, and Kazuki Kuraishi, founder of The Fourness.
Inspiration: The three designers teamed with the Grenson factory to create a brand called 4, representing the four parties involved. They created four shoe styles in four different colorways, inspired by the company’s triple-welt classics, handmade in the U.K.
Key styles: The new models are reinterpretations of Grenson’s toe-cap derby boot, the monkey boot, a tall derby workboot and a derby shoe. Colorful elastic gussets add pop and encourage “sneaker-type of people like me to discover the beauty of well-made shoes,” as Kuraishi put it.
Prices: $575 to $592

David Marc
Designers: Marco Efrati and David di Porto
Inspiration: Founded in 2013, this eyewear label is strictly made in Italy — by hand, in two tiny factories in Veneto, where artisans infuse the styles with a vintage look. “If it’s not handmade, I don’t see the point of doing it in Italy. But I think people today have a perception of value. They want to know what they are paying for,” Efrati said. The materials, such as acetate, leather and hypoallergenic stainless steel, are sourced locally — with the exception of Zeiss lenses, which come with an antiscratch coating.
Key styles: The Johnny, a round multicolored frame, and the Alberto, which boasts a dainty leather frame, have emerged as bestsellers.
Prices: From $172

Brunello Cucinelli
Designer: Brunello Cucinelli
Inspiration: In keeping with previous seasons, the luxury brand aims to blend formalwear with casual elements to deliver an effortless, elegant wardrobe.
Key style: Tailored double-breasted jackets in traditional men’s patterns pair with ripped denim pants, while sartorial trousers coordinate with soft sweaters with a relaxed fit as well as T-shirts. The brand also delivers a range of outerwear, from tailored coats to precious yet sporty shearling hooded jackets with zippers. The color palette focuses on gray, brown and blue tones with some accents of dark red and purple.

MC2 Saint Barth
Designer: Massimiliano Ferrari
Inspiration: Established in 1994, the brand offers numerous beachwear options featuring bold, playful prints, for men, women and children. For fall, MC2 Saint Barth teamed up with Italian fashion power consultant Olmes Carretti, the creative mind behind some of the brands that characterized the Eighties and Nineties, like Best Company and Henry-Lloyd, to develop a signature outerwear piece.
Key style: Available in two different fabrics and in several color variations, including bright primary tones as well as military green and light blue, “The Voyager” is an urban jacket with a sporty feel. Inspired by sailing styles, this Windbreaker is crafted from water-repellent materials and includes polyurethane inserts, a thermo-stitched hood and big, functional front pockets.
Prices: “The Voyager,” retailing for $294 at select multibrand stores as well as the brand’s boutiques.

Blauer
Designer: Enzo Fusco
Inspiration: The North American outerwear specialist, which was acquired by Italian FGF Industry in 2001, is marking its 80th anniversary with a capsule collection.
Key styles: Building on the tradition of the brand, which supplies American policemen and the U.S. Army with high-end, technical jackets, the capsule includes 20 signature men’s pieces with a vintage flair. These include a police jacket as well as soft sweaters, T-shirts and denim pants available in different washes. Colors ranges from navy to mélange gray with neon green accents.
Prices: The anniversary capsule retails from $55 for T-shirts to $306 for outerwear.

Knitbrary
Designer: Yolanda Estévez
Inspiration: Founded in 2011 in La Coruña, Spain, the brand, which is carried in about 200 international stores, offers luxury handcrafted knitwear made from precious yarns sourced from around the world.
Key styles: For fall, the brand focused on Peru, where Knitbrary enrolled local artisans to handcraft sweaters in alpaca and vicuña. These include supersoft styles in a chic combination of baby blue and brown, as well as an extra-thick option, weighing around four pounds, worked in a mélange of green and brown hues.
Prices: $874 to $3,824 at retail

Champion by Beams
Inspiration: The brand and Japanese retailer teamed up to present a collection of classic sportswear staples in sweatshirt fleece.
Key styles: The lineup, available in light gray or black, features a reedition of Champion’s signature “Reverse Weave” sweatshirt, now presented in a version with a high-tech coating that makes the piece water-repellent. The collection also includes varsity jackets, bombers, T-shirts and slouchy pants, all with minimalist styling. The only details punctuating the pieces are a discreet logo and metallic zippers.
Prices: $66 to $273

The Sartorialist by Roy Roger’s
Designer: Scott Schuman
Inspiration: Italian denim specialist Roy Roger’s has joined forces with street-style photographer Scott Schuman of The Sartorialist to create two capsule collections. The first launched at Pitti Uomo this week.
Key styles: Infused with a Seventies’-inspired vibe, the fall capsule includes pieces crafted from high-end materials. Schuman created a shrunken suede bomber, which he paired with high-waisted, slightly flared denim pants and a fitted wool turtleneck sweater. A parka with a utilitarian feel is offered in an oversize silhouette.
Prices: Jeans are $217; shirts and jackets sell for $164 and $1,093, respectively.