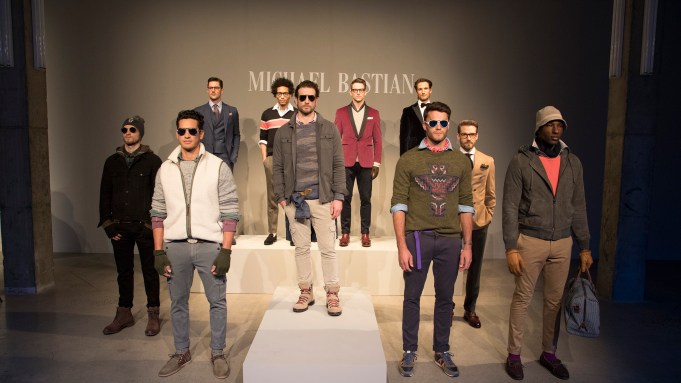 Project continued to make its presence known at New York Fashion Week: Men’s by hosting a presentation for Michael Bastian, W.R.K., Faherty and M. Singer, four brands that often show within the Tents, the designer section of the trade show.

Tommy Fazio, men’s fashion director of UBM Fashion, who hand-selected each brand, said this is the latest initiative in the company’s move to support American talent. It’s also an evolution of UBM Fashion’s new partnership with the Council of Fashion Designers of America that promotes the growth of emerging talent and the fashion industry as a whole.

“We are thrilled to have the platform outside of the trade-show floor in New York to champion men’s wear talent who represent the best of American designers. Having had the privilege of working with each designer at Project, we are excited to assist in presenting their fall 2018 collections by supporting CFDA’s NYFW: Men’s and NYMD,” Fazio said.