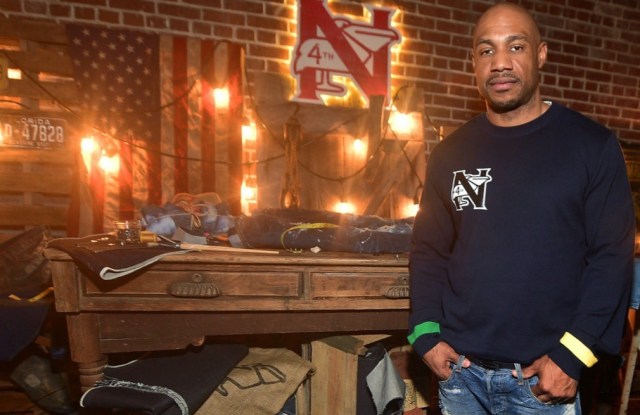 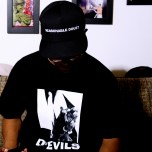 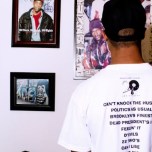 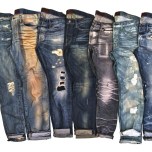 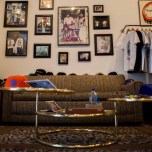 Kareem “Biggs” Burke, who cofounded Roc-A-Fella Records in 1994 with Jay Z and Damon Dash, has spent most of his career behind the scenes, but now the entrepreneur is easing his way to the forefront.

Burke is working with a new denim line, Fourth of November, and opening a pop-up store this weekend on 517 Fairfax Avenue to honor the 20th anniversary of “Reasonable Doubt,” Jay Z’s classic debut album.

“’Reasonable Doubt’ was the genesis,” said Burke of the album’s impact. “It’s an album that touched culture and led to different businesses whether it was a fashion house or a spirits house or movies. It created a blueprint.”

The pop-up, which will be open to the public starting June 25 — the date Jay Z released the album — will be held in the Apt. 4B concept store and modeled after Jay Z’s old apartment, which was also Apt. 4B. The space, which will be open through July, will feature nineties decor along with “Reasonable Doubt” and Roc-A-Fella memorabilia and never-before-seen pictures.

The shop will be stocked with The Reasonable Doubt collection, which includes T-shirts, hats, cassettes and posters, that will be priced from $40 to $130, in addition to exclusive pieces from Fourth of November and limited-edition New Era Reasonable Doubt 20th-anniversary hats.

The pop-up also marks the official introduction of The Reasonable Doubt collection, which according to Burke won’t be a one-off line.

When working with Roc-A-Fella, which was acquired by Def Jam in 2004, Burke helped grow Rocawear, the label’s streetwear brand, into an almost $700 million business, and although he had no plans of reentering the fashion business, when a childhood friend introduced him to Fourth of November, which was founded by Carlos Rodriguez, he joined the team to help them grow the company. The line, which consists of denim and varsity jackets, launched exclusively at Foot Action last year but has expanded into 200 stores including Downtown Locker Room and City Blue. Burke said the line will hit Macy’s later this year.

“Rocawear grew pretty big really fast. I don’t think there are brands that are growing that large these days,” said Burke when asked about how the market has changed. “But with this line there’s also a more hands-on approach. It’s about American heritage and Carlos is very hands-on with design. He’s in his garage throwing paint, oil and tea bags on the jeans and then sending them out to be replicated.”

Burke has been promoting the line with events in major cities that feature pieces custom-designed by emerging artists from the line.

“When we were first starting out, brands were based on an entertainer, I wanted to introduce people to the brand through art. And our designer is more of an artist,” Burke told WWD.

Burke offered that he’s finalizing the details now on events to commemorate the anniversary in New York City.