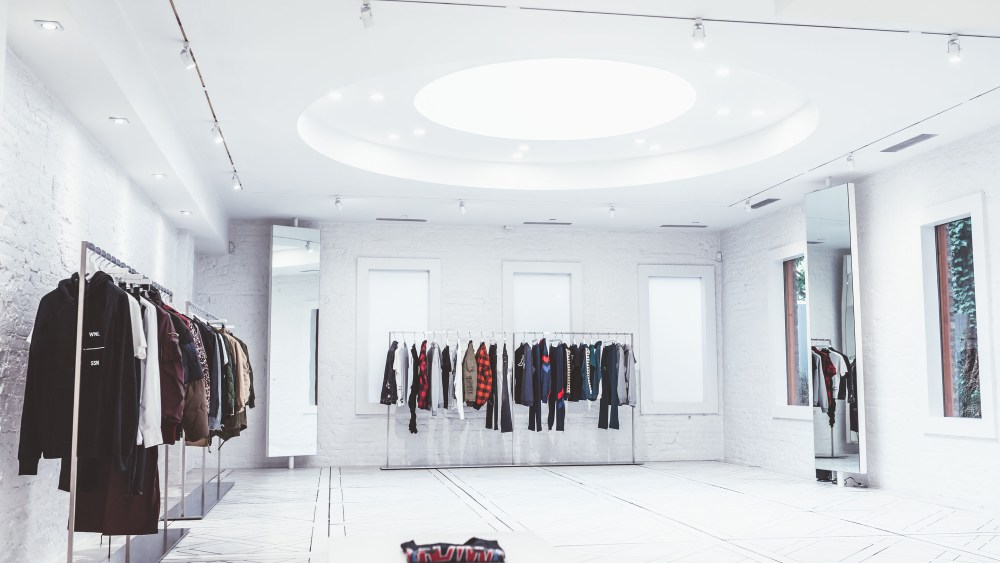 Santino LoConte believed there was something missing from the men’s retail experience in New York.

“You have your department stores, but I’m not a fan of the large format shop-in-shop. It’s a little overwhelming for me to go to Barneys and walk through multiple floors of men’s product,” said LoConte, who is 29. “They do an excellent job, but it’s not a one-stop shop for someone with a certain aesthetic and a certain fashion sense.”

The 1,600-square-foot store, which will open to the public on Oct. 19, is located in the Meatpacking District at 807 Washington Street, which used to be occupied by Nicholas Kirkwood. The space is minimal with a 12-foot circular skylight and a courtyard that will be used for a variety of activations and exhibitions.

On the footwear side, LoConte’s selected Suicoke, Casbia, New Balance, Hender Scheme and Puma Select for the space.

“I’m hoping to bridge the gap between the younger and older customer with the sneakers,” LoConte said.

Samsung C&T Fashion Group, which has a stake in a few of the brands being sold at the store — Rick Owens, Balmain, Juun.J and Issey Miyake for example — is a minority investor in the unit, which is outfitted with tablets from the technology provider that offer content on the brands being carried in the boutique.

LoConte, who also owns Lessons, a high-end streetwear boutique in Australia, is well versed in branding, licensing and manufacturing, specifically within the sneaker category. LoConte used to work at Pony, where he was in charge of global footwear initiatives and activations with retailers such as Opening Ceremony, Colette and Kith. His father, Anthony LoConte, owns Unlimited Brand Group, formerly named Anthony L&S, which produces licenses to manufacture footwear for Pony along with Etonic, G-Star Raw, Levi’s and U.S. Polo Assn. Samsung C&T has a partnership with Unlimited Brand Group and provides the company with fashion logistics solutions.

Over the past few years the Meatpacking District’s appeal with retailers has fluctuated, but it seems to be having another moment with the opening of the Whitney Museum. Hermès will open a store on Gansevoort in 2019, Dean & DeLuca will take over Spice Market’s former space on 13th Street and Pastis is returning to the neighborhood.

Despite the current activity within the area, LoConte is aware of the difficulties with operating a brick-and-mortar store, but he’s up for the challenge.

“There are a lot of retail stores closing, but I see that as an opportunity,” LoConte said. “It creates a chance for a team who knows how to properly address the market and it’s a way for me to build my own brand simultaneously without a lot of pressure.”