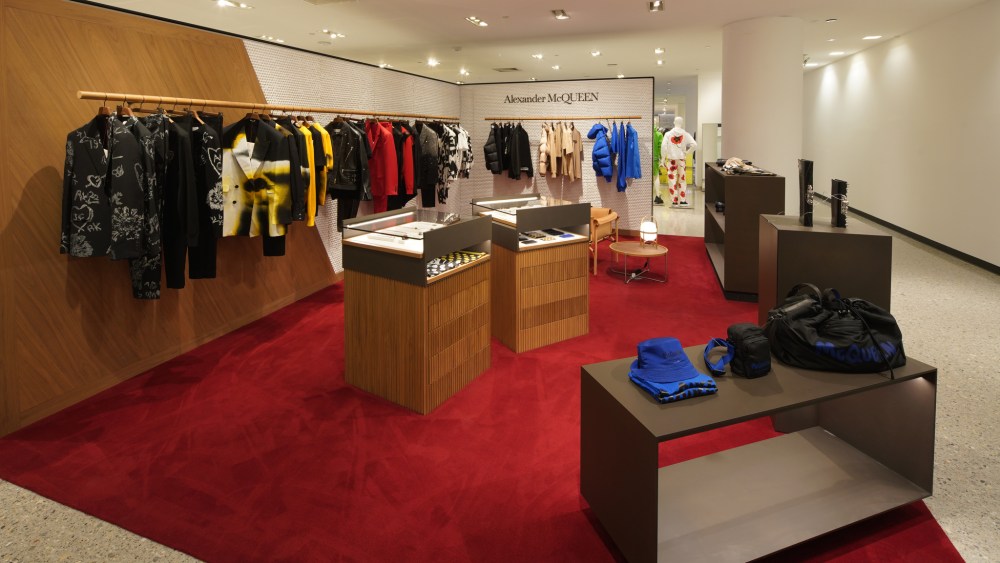 Saks Fifth Avenue has given its seventh floor a facelift.

Although it’s still a work in progress, the retailer has taken the wraps off a dramatically improved men’s designer ready-to-wear and advanced contemporary presentation at its New York City flagship that boasts 15 new in-store shops and a significantly brighter and more inviting aesthetic.

The 40,000-square-foot floor is not yet complete and by the end of this year, Dior, Louis Vuitton, Off-White and Saint Laurent Paris shops will also make their debuts.

“This is the first phase of our seventh-floor renovation,” said Louis DiGiacomo, senior vice president and general merchandise manager of menswear for Saks. “We started working on it last year and it will be completed in February.”

The seventh-floor revamping is part of Saks Fifth Avenue’s $250 million-plus grand renovation project that includes a major reimagining of the flagship. That includes a main floor focused on luxury leather goods and accessories and an impressive Rem Koolhaas-designed multicolored escalator that leads up to an expanded beauty floor on two.

The 646,000-square-foot flagship accounted for about 25 percent of Saks’ total volume pre-pandemic and was appraised at $3.7 billion. Since then, the physical stores and the e-commerce division were separated and neither Saks nor its parent Hudson’s Bay Co. reveal sales anymore.

Men’s, which accounted for a reported 30 percent of the company’s total sales in the summer of 2020, is housed on the sixth and seventh floors of the store. In 2019, the store created a luxury men’s footwear department that was expanded by 60 percent to 8,000 square feet with some 2,000 stock keeping units from 60 brands.

A staircase with colorful accents that mimic the escalator on the main floor connects the newly renovated seventh floor to the shoe department. “It’s our way of creating one men’s store experience,” DiGiacomo said.

The new space is heavily devoted to shops, which indicates Saks’ belief in partnering with its vendors to create unique experiences. “We believe in shops,” he said, “and telling an entire lifestyle story. They’re the key to the growth of the men’s business.”

In addition, the flow of the floor has been enhanced by a redesigned aisle that travels the entire length of the Fifth Avenue side, and the previously covered bank of windows in the rear have been unveiled, providing natural light and a view onto the avenue.

In addition to the airy feeling of the floor, it features “two major touchpoints,” including a “hub” in the atrium between the elevator banks where customers can explore new and emerging designers, collaborations and other special products that will be featured there. A similar area will be in front of the windows and there will be seating areas throughout to encourage shoppers to stay a while and “socialize” with others, he said.

These touchpoints are a way to create “balance” on the floor and present options outside of the shops, DiGiacomo said.

Throughout the space the assortment has been updated to focus more on lifestyle offerings. So when walking into the Gucci shop, for example, customers will find accessories and footwear in addition to apparel.

“We’ve curated full lifestyle assortments, which is unparalleled anywhere else in the city,” he claimed.

Since the floor started to open, he said business has been “unbelievable, and gets stronger every week.” What this proves, DiGiacomo believes, is that “our customer wants more of a fashion element and we stand for fashion.”

The merchant said the elevated assortment reflects the post-pandemic needs of the customer, who has returned to the office, is traveling again and attending events. “We’re seeing a shift to less casual and he needs a wardrobe that is functional and versatile to take him from the office to evening. And comfort is very important,” DiGiacomo said, pointing to the “easy tailoring” that marks the offering as well as the loafers and dress shoes that are trending again.

At the end of this year, Saks will start working on the sixth floor, which houses men’s luxury collections and accessories in addition to footwear. That is scheduled to be completed by the fall of 2023.

“Men’s continues to perform and this floor is a testament to that,” DiGiacomo said.

Although the focus is on the flagship, Saks is also bringing a taste of this new strategy to its branches, which DiGiacomo said the company “continues to elevate with more fashion” particularly in locations that have standalone men’s stores such as Boston and Greenwich, Connecticut, as well as strong men’s locations such as Chicago.