Saturdays continues to expand its presence in Japan, opening its newest shop in Osaka. 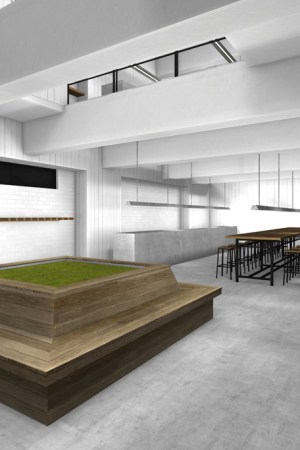 Saturdays continues to expand its presence in Japan.

The New York-based men’s retailer is opening its fourth shop in the country. The new unit in Osaka is 3,500 square feet and its largest store to date. The unit joins locations in Kobe, Tokyo and Nagoya.

The two-story boutique, which is set to open on April 4, will feature surfboards, books and Saturdays’ full line of apparel, shoes and accessories. A café serving food, which is a first for the brand, will sit on the first floor.

Saturdays worked with chef Makoto Asamoto of Unité Inc. on the menu, which will include baked goods, sandwiches, organic juices, tea, beer and coffee.

“We have served coffee since first opening Saturdays on Crosby Street in New York. We’ve always considered this at all of our locations, but wanted to develop the concept further into more beverage and food options for Osaka,” said Saturdays cofounder Colin Tunstall.

The store opening will coincide with a release of limited-edition items sold exclusively at the new flagship. The collection includes T-shirts, hoodies, shorts, a bomber jacket, two zip pouches and two mugs.

Saturdays opened its first store on Crosby Street — which is now home to multiple men’s wear retailers — in August 2009. It opened a West Village location in 2012, and moved into Japan with a Tokyo flagship that same year.