What to Watch: London’s Soho Sees Boost of Streetwear Stores and Nostalgic Labels

New arrivals to the area include nostalgic cult brands Champion and Fiorucci. 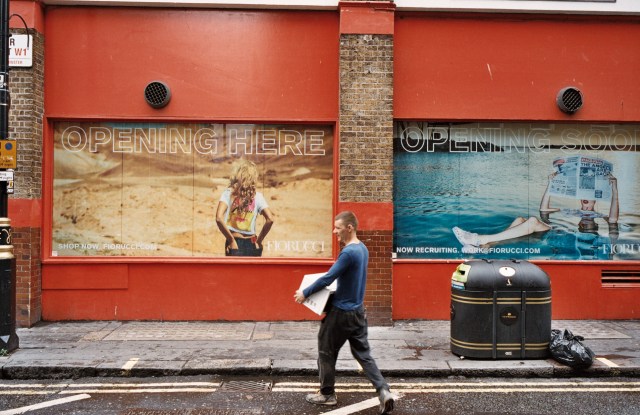 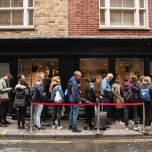 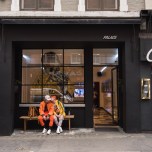 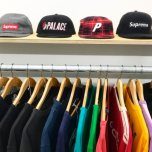 The West End area, with its narrow streets, alleyways and dark corners, has always had a certain edgy, cult appeal. Once a hunting park for the royal court of Henry VIII, it became the heart of London’s sex industry in the mid-19th century. It was the home of the Sex Pistols in the Seventies and still abounds with vinyl record stores, while Ronnie Scott’s Jazz Club on Frith Street, which opened in 1959, continues to go strong. It remains the home of many media companies and ad agencies, hence outposts for the clubs Soho House and Groucho Club occupy the neighborhood.

But the area has always attracted edgy retailers. Boy London long occupied a store there, while lingerie brand Agent Provocateur opened its first — and raciest store — in Soho in the Nineties. While there remains a louche edge to the neighborhood, there have also been waves of gentrification, bringing with it retailers such as Whole Foods, Ugg and Rapha, and restaurants including Bocca di Lupo, Hix and even an outpost of The Ivy.

Now Brewer Street — and its surrounding roads — is brimming with a host of streetwear labels, with new arrivals including nostalgic cult brands Champion and Fiorucci, and streetwear labels Supreme, Palace, Carhartt and Patta. Dukes Cupboard, which is located off Brewer Street, is a multibrand retailer that carries brands such as Stone Island, North Face and Supreme.

According to Samantha Bain-Mollison, group retail strategy and leasing executive at the London property owner and developer Shaftesbury, the idea is to position Soho as a go-to resource for emerging brands. Her hope is to maintain the cool factor by offering reasonable rents in the neighborhood, which is a few minutes’ walk from Oxford and Regent Streets, with their big fast-fashion flagships and leading department stores.

“We have got 14-and-a-half acres in the West End and our retail strategy for our 300 stores is always to have a unique concept, exclusive collections, stores that you can’t find anywhere else, and certainly not on the normal high street or in shopping centers,” said Bain-Mollison. “All of these fashion, trend-driven retailers and brands are exactly what we’re looking for. We as a company try and make sure these rents are affordable so we get the interesting, kind of emerging brands into our areas.”

Shaftesbury hasn’t only focused on clothing and fashion. As part of its strategy to maintain an edgy, neighborhood feel, it installed cool cult brands like Gosh Comics in 2011 and Soho Bikes in 2014. Bleach hair salon opened in 2015, as did Wah Nails in 2016.

Because the area isn’t flooded with fashion, Bain-Mollison said that brands such as Supreme and Palace can stand out from the crowd “because they’re not sat next to a parade of shops.” She said those labels are also attracting a younger demographic to the neighborhood.

Among the new brands that plan to move in is Champion, although no opening date has been confirmed. The company has agreed to a 10-year lease for a 1,222-square-foot unit on Brewer Street. It will be paying 155,000 pounds a year in rent, according to the estate agents Nash Bond, and the opening is part of the brand’s recent relaunch in Europe.

“Soho has a great history, the energy and creativity associated with the place was a factor,” in the brand’s choice of location, said a spokeswoman for Champion.

“Brand adjacencies were also an important part and many influential brands have recently chosen Soho for their retail spaces. While the area is continually being regenerated, it still presents many elements of its ‘interesting’ past,” she said, adding that the U.K. is the biggest market for Champion’s premium collection in Europe.

Across the street, Fiorucci plans to open its first store on Sept. 15 during London Fashion Week as part of its multimillion-pound relaunch. The label was popular in the Seventies and Eighties and was known for its camouflage and leopard skin prints and colored and stretch jeans.

“Soho has become a magnet for streetwear brands, as it’s just off the main shopping streets. It’s undeveloped, raw, un-commercial and nonconventional. Its much more laid back than the traditional shopping streets of London,” said Stephen Schaffer, owner and chief executive officer of Fiorucci.

“Old Soho has always had a magic about it, which they’ve managed to retain over the years. What was important for the choice of the first store is that we wanted it to be a destination spot, but with a sense of discovery also. Soho is also more than just a retail destination. It’s a creative hub that includes food, beverage and music.”

Stavros Karelis, buying director at the multibrand retailer Machine-A, said he finds it exciting that Fiorucci and Champion are moving into the neighborhood.

“It’s not about competition,” said Karelis, whose shop, which sells brands including Craig Green, Alyx, Tim Coppens, Raf Simons and Martine Rose, is located on Brewer Street. “I think it actually adds to the value of the area. You see so many young people. The youth culture is extremely familiar with this area. They hang out and shop from here. That means that they bring a completely different, fresh air to the area, and make it, in many ways, cooler.”

Karelis said he doesn’t mind the long lines that form along Brewer Street when Supreme or Palace launches new merchandise. He said he actually benefits from it, and has seen a big increase in foot traffic into his store.

“We have Gosha Rubchinskiy, Cottweiler and Cav Empt, which are very important streetwear brands that the kids going to shop in Palace and Supreme will also come to shop for at Machine-A. At the same time you have these kids who are really loving Raf Simons, for example, and the collaborations with Raf and Adidas, which make it very accessible to them. Especially with the weekends you can notice a new type of customer who is going to walk from Supreme to Palace, and then to Machine-A and Dover Street, and they will do that circle again and again, which is really nice for us.”

The founders of Dukes Cupboard, Ned Membery and Milo Harley, set up their first permanent store on Green’s Court earlier this year after operating a stall at Berwick Market, a Soho institution.

Harley said he has been coming to the area for years as his father also has a fabric shop on Berwick Street. “I think the Soho energy is still the same,” he said. “These days it’s a little bit more trendy rather than seedy because of the shops opening.”

Membery noted that when Supreme took the corner shop on Peter Street, brands like Patta and Palace moved in near them. “It brings tourists,” said Membery. “People who are visiting who might not come here otherwise come to shop. It lends a nice buzzing, stylish energy to the area.”