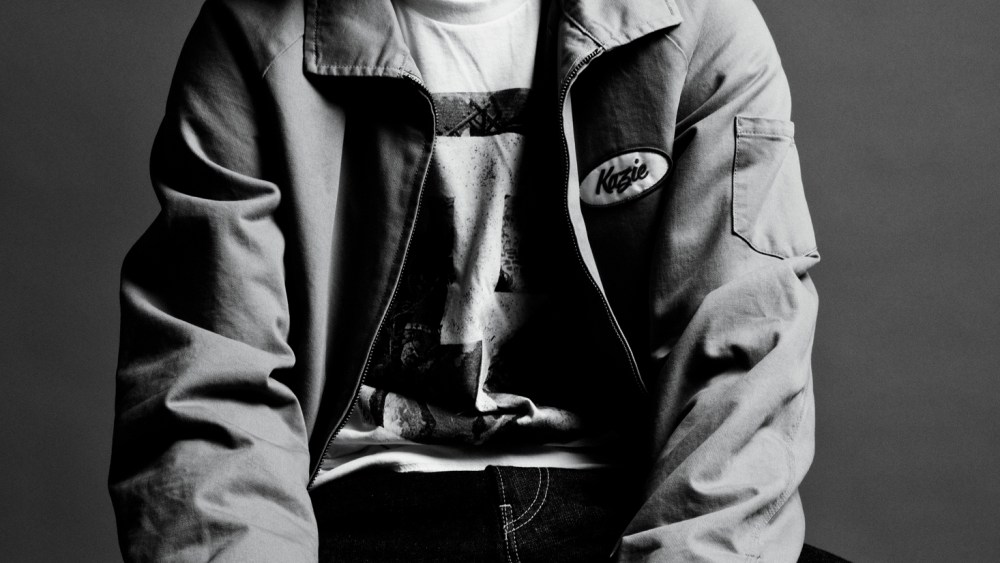 In the boom-bust-percolating world of streetwear, brands have a new tool to better control their futures: e-commerce.

While in the Eighties and Nineties street- wear brands rushed to grow to megastatus by wholesaling to retailers ranging from Dr. Jays to Macy’s, the market’s implosion in the Naughts taught the survivors a valuable lesson: Less is cooler.

Streetwear entrepreneurs — those who were left standing, anyway — found that their core customers didn’t want to see their brands on every street corner or store. The more ubiquitous they became, the less interested the true streetwear consumer was. Those customers were even more vital as the category shrank. Now, as streetwear appears to be making a bit of a comeback from its previous somnambulant state, companies are adopting new strategies, ranging from a tight grip on wholesale distribution to, increasingly, not wholesaling at all but selling direct to consumers via the Internet and myriad blogs for promotion.

Jeff “Staple” Ng, who created the streetwear brand Staple in 1997, called wholesale his “lifeline” — Staple is currently sold in more than 600 doors across the U.S. — but he believes brands starting today have more options.

“I think Warby Parker and Bonobos are redefining how brands should do business nowadays,” said Ng, who added that although it would be a radical shift, he would consider transitioning out of wholesale and going direct. “In this day and age, brands should probably go direct online first and then brick-and-mortar after if they feel a need to.”

Teddy Santis, who founded men’s wear line Aimé Leon Dore a year ago, made the decision

to sell direct from the start. The line is made to order and produced in New York. Santis releases look books throughout the year and immediately makes the collections available to preorder on his e-commerce site or within pop-up shops that he’s held in New York, London and Amsterdam. The items arrive at the customer’s home within four to five weeks after purchase.

“I believe for this new wave of brands, it makes sense to go vertical because you make more money and have more control,” Santis said. “In the beginning it’s harder to sell your product if you are still figuring out what it is.”

As the former creative director of streetwear brand Supreme, Brendon Babenzien is very familiar with the direct-to-consumer model. With the exception of Dover Street Market, Supreme sells its product exclusively through its e-commerce site and nine retail stores in New York, Los Angeles, Japan and London; a Paris store is set to open soon.

For Babenzien’s new men’s wear brand Noah, he’s relying on his store, which recently opened in New York, and his e-commerce site for sales. He will do small distribution through streetwear boutique Union Los Angeles. Most of his line retails from $800 to $1,200, T-shirts retail at $48, and tops and bottoms start at $180.

“I’m trying to accomplish the goal of giving people product at its real value,” said Babenzien, who is also eschewing wholesale to avoid the time it takes to build relationships with larger retailers.

The fragmented and flooded state of the streetwear market and contracting number of brick-and-mortar retailers devoted to the category have also impacted brands’ decision to distribute vertically.

“Because the category is crowded, the odds are heavily stacked against brands,” said Aaron Levant founder of the Agenda trade show. “In the past there were fewer brands, more retailers and fewer e-commerce sites. Independent retailers are down by 50 percent from the peak of the industry.”

The fickle nature of the streetwear consumer, who becomes disenchanted with a brand once its retail distribution is too widespread, has also contributed to an increase in brands selling direct.

“The intersection of good branding and business is all about how much you can say ‘no,’ while increasing revenue. It’s a delicate walk,” said Bobby “Hundreds” Kim, founder of The Hundreds, which started in 2003 and is sold in more than 1,000 shops globally, including three company-owned stores and its e-commerce site. “Most people in the world have never heard of our brand, then there are those who’ve followed The Hundreds for 12 years and think it’s mainstream. If you look at our mascot, it’s a bomb that never explodes. That was our original intent — to never completely explode.”

A Bathing Ape, the Japanese streetwear brand founded by Tomoaki Nagao (also known as Nigo), is an example of a label that did explode. The brand, started in 1993, swelled in popularity within Japan, China and the U.S. and opened multiple stores and wholesale accounts before it faded. In 2009, Nigo left the company and in 2011, the Hong Kong-based I.T. Group acquired it for $2.8 million.

“I call it the stretch-mark effect,” said Mike Camargo, the sales director for Tackma, a streetwear brand that launched in 2013 and has gained traction with athletes and celebrities, including NBA star LeBron James and rapper Future. “If you open too many doors and wholesale accounts too quickly, it’s done. It loses its luster that quickly. I think that managing your growth is essential to the survival of streetwear brands.”

Tackma, which is privately funded by founder Jeffrey Schottenstein, the son of Jay Schottenstein, chairman of American Eagle Outfitters Inc., is taking the wholesale route. It’s carried by 38 boutiques throughout the U.S. including Social Status, a chain with five stores in the U.S., and Unknwn, a streetwear boutique in Miami that’s owned by LeBron James. Camargo said 75 percent of its sales come from wholesale accounts.

In order to grow and maintain brand allure, Camargo plans to follow the blueprint set by Stüssy, the privately owned streetwear brand that celebrated its 35th anniversary this year and reported $50 million in revenue in 2014. Stüssy, which is sold in retailers ranging from chain store Zumiez to Très Bien, a high-end men’s wear retailer and brand based in Sweden, has a tiered distribution model that ensures that certain pieces go to certain retailers.

“You have to capsulate the collection,” Camargo said. “Right now we sit next to Off-White, Hood By Air and Stampd, but in a year I’m probably going to subdivide the brand and sell to more doors where I might sit next to 10 Deep.”

Even for brands still immersed in the wholesale route in the U.S., overseas expansion offers different alternatives to cultivating a market. For brands that aren’t going the wholesale route, there are other avenues to market and cultivate their companies, especially freestanding stores or shops-in-shop. This is a path explored by Stüssy, Supreme and Saturdays. Chris Gibbs, owner of streetwear boutique Union Los Angeles, cites Japan as a major market. Stüssy said 60 percent of its sales come from Japan, while the majority of Supreme’s stores are located in that country. “A lot of businesses couldn’t exist without Japan,” Gibbs said. “Look at Supreme: They’ve had six stores in Japan for 10 years.”

Another means for growth is collaborations. Santis, who recently partnered with Puma on a line of sneakers, plans to introduce different tiers of products in January and thereafter launch one- off capsule collections and what he calls “energy projects.”

Babenzien would like to open additional stores in Los Angeles, Japan and London, but he’s not too concerned about becoming a huge company.

“I just want to have a nice healthy little business. I’m not trying to be some big iconic thing,” Babenzien said. “The second we have to make bad decisions to make our money, well, then, that will set the limit to how much we can grow.”