The store has been open since the beginning of the year and Townsend spent the past three months getting her feet wet. 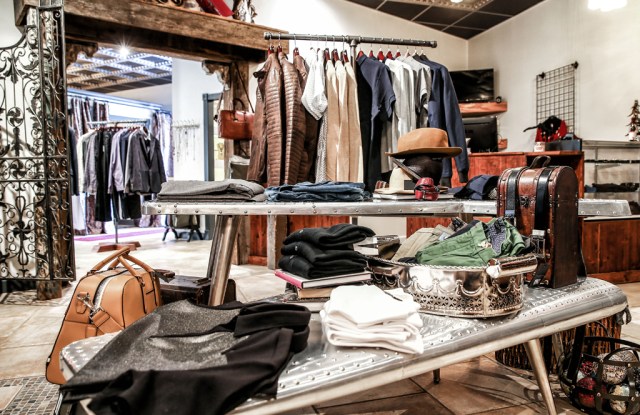 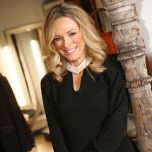 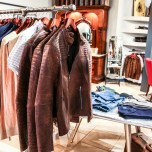 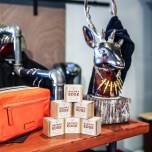 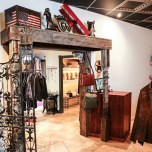 Nashville stylist Trish Townsend has worked with some of the city’s biggest names over her two-decade career, but now, she’s branching out in a different direction — men’s wear retailer.

“I always wondered where a stylist goes when they want to make a change,” said Townsend, who has dressed Nashville luminaries including Carrie Underwood, Blake Shelton, Vince Gill, LeAnn Rimes, Alan Jackson and Tim McGraw. While she continues to serve as the go-to image-maker for Shelton and Underwood, among others, Townsend was ready for her next chapter. “I’ve been doing it for 23 years and I’m still styling, but my hours are more limited now. Blake is superbusy and Carrie has slowed down since she had her baby.”

So today, she will host the grand opening of Townsend Style, a boutique targeted to fashionable men who call the city home.

Townsend took 1,200 square feet in Brentwood, Tenn., a Nashville suburb, and plunged into retail, opening what she characterized as a “raw, cool and hip” store. She’s brought together an assortment that ranges from Ted Baker and John Varvatos to Jack Victor, Kent & Curwen and The Kooples. She described the aesthetic as “preppy with flair — everything has a twist.”

In addition to apparel, Townsend Style carries gifts including flasks, shaving systems, humidors and other items to appeal to men. There’s also a room called the Dog House, which is “girly,” and offers “nonsized gifts for women,” such as jewelry and handbags. “That way, they can take something home to their girlfriend or wife,” she said.

The store has been open since the beginning of the year and Townsend spent the past three months getting her feet wet. “I had to get used to being someplace every day,” she said with a laugh. “It’s a different world for me. I also had to learn the computer system” and all the other back-office requirements that come with running a store. Buying merchandise in August that wouldn’t arrive until February or March also took some getting used to.

Now that Townsend has gotten the kinks out, “it’s time to tell people about it,” she said.

She chose this week because it’s smack dab in the middle of Nashville Fashion Week, which started Tuesday and runs through Saturday.

The city is working hard to raise its fashion credibility and designer showcases, in-store events and technology showcases are all on the agenda for this week. The events, which are open to the public, benefit the Nashville Fashion Forward Fund of The Community Foundation of Middle Tennessee, which provides endowments to photographers, stylists, models, hair and makeup artists, boutique owners and bloggers seeking to further their careers in the fashion industry. This comes on top of Nashville Fashion Alliance’s impending Kickstarter campaign, which seeks to raise $100,000 to support the city’s growing fashion industry, as reported.

Townsend said when she started working with entertainers to update their images, “there was no such thing as celebrity styling. I considered myself a wardrober. But it’s a different ball game today.” When Underwood kept appearing on best-dressed lists, it “opened up doors for other artists, and the fans are just as great. They have money and taste — even the guys.”

It’s these fashion-savvy men she hopes to attract to Townsend Style.

Townsend said she opted to open a men’s store because she has “always loved working with men. They need the most guidance, and here in Nashville, there are few places for them to shop. There’s Nordstrom and a few specialty stores, but that’s it.”

The first customers have been other stylists who stopped by to take a look and then “walked away with bags of clothes for their artists,” she said, giving her confidence that she was on the right track.

She hopes that after today, the store will attract Nashville men such as attorneys, doctors and other locals searching for updated merchandise. But one thing Townsend is adamant about is that she won’t impose on her celebrity clients to visit the store.

“It would be amazing if they do,” she said, “but I don’t require that from people. Celebrities don’t need one more obligation in their lives; they’re always being pulled in all sorts of directions. And I don’t want to be that person.”