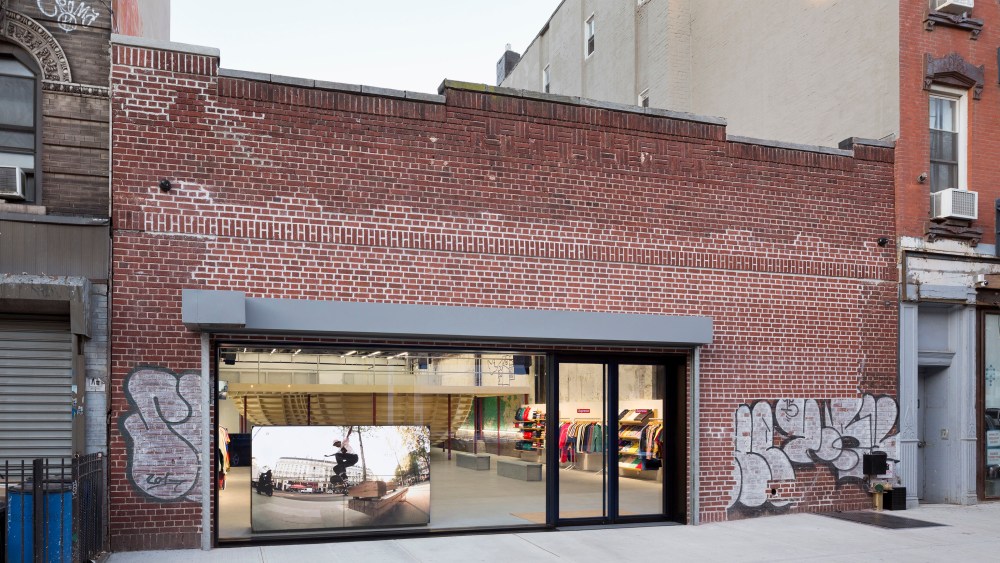 After months of speculation, the company has confirmed that it will open a store on Thursday at 152 Grand Street in Williamsburg.

The cavernous space is sparse, much like Supreme’s other shops, but features skylights and a bowl for skating. This is the brand’s second New York store.

Resellers say rumors of a Brooklyn store have been percolating for a few years because of the crowds Supreme draws at its SoHo store on Thursdays when new product drops, but talks started to dissipate once the company created a drop system that alleviated those crowds on Lafayette Street. Customers now meet in a park the Monday before Thursday drops and put their names on a list. They then receive a number that dictates when they can enter the flagship, eliminating the need for a line.

In July, Louis Vuitton had to cancel its Supreme pop-up on Bond Street because Manhattan’s Community Board No. 2 unanimously denied the proposal, citing Supreme’s tendency to violate New York permit requirements and its lack of a plan to manage the crowds on a quiet, residential street. The collection was never released in New York.

While Williamsburg has transitioned from a neighborhood for artists to a tourist destination and prime location for retailers including Whole Foods, J. Crew, Urban Outfitters and Apple, Supreme’s Grand Street location, which is in South Williamsburg, isn’t a retail hub.

Despite its overzealous fans, Supreme has maintained a relatively small retail footprint. It has a store in Los Angeles, shops in Paris and London, and six stores in Japan. Supreme product is also sold at select Dover Street Market locations. It was previously reported that Jefferson Pang, who recently left a 10-year stint at DC Shoes, will manage the new location. He most recently served as director of DC specialty sales.