The Hill-Side Opens Store in Brooklyn

Brothers Emil and Sandy Corsillo have scaled back on their popular Hickoree’s retail concept to open their first store dedicated to The Hill-Side. 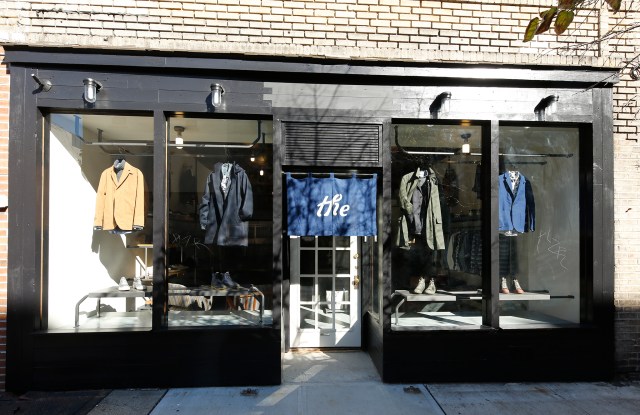 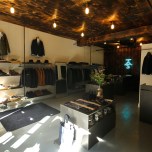 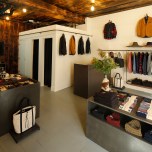 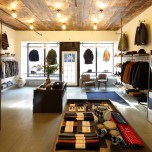 The Hill-Side, which was founded by brothers Emil and Sandy Corsillo, started as a collection of ties, pocket squares and scarves made from rare Japanese fabrics. Now, six years later, the accessories assortment has evolved into a fully formed collection of men’s apparel and footwear that’s on display at its new flagship in Brooklyn, which opens today.

“This store is the culmination of what we’ve invested into the brand for the past two years,” said Emil, who, along with his brother, recently won GQ’s 2015 Best New Men’s Wear Designers in America award and collaborated with The Gap on a capsule collection.

According to Emil, The Hill-Side “looks to Japanese men’s wear aesthetics from an American point of view,” which is reflected in the store’s design. A neon pictogram logo of The Hill-Side is juxtaposed against a rustic wooden wall while a noren, a traditional Japanese fabric divider, hangs at the shop’s entrance above a New York City subway-inspired tile mosaic that reads “The Hill-Side.”

The store is stocked with the brand’s line of sneakers, the apparel collection, ceramics made in Japan and Howlin’ sweaters. Sneakers retail from $150 to $242, apparel retails from $69 for a graphic T-shirt to $450 for tailored jackets. Seventy percent of the line is made in the U.S. and the remainder in Japan. The store also includes three shirts under The Hill-Side Mills label. This collection is made from wovens created at a small textile mill in Pennsylvania. Emil plans on doubling the size of this line next season.

The shop, which used to be Joinery, a women’s and home goods concept owned by Emil’s girlfriend Angela Silva, is located on a residential street in South Williamsburg that isn’t a prime area for retail, but Emil likes that.

“We started the brand in Brooklyn so it’s home for us,” he said. “We also like being a destination store. We like that you have to seek us out and then feel rewarded for doing that.”

Emil and Sandy are no strangers to hard-to-find retail spaces. In 2011 they opened a second-floor bricks-and-mortar store in South Williamsburg called Hickoree’s, which they recently closed to focus on The Hill-Side. Hickoree’s, which still operates online but has been scaled back significantly, carries apparel, home goods and accessories from The Hill-Side along with brands such as Dubbleworks and Kaptain Sunshine.

“With Hickoree’s it felt like we were competing with other stores to sell the same product,” said Emil. “Wholesale for The Hill-Side was doing so well so we thought it made more sense for the long-term to invest more in this business.”

The brothers said they have no plans on closing Hickoree’s, but they could see it merging into The Hill Side’s e-commerce site, which launched last week.

The Hill-Side collection is also carried at over 200 retailers globally and around 60 within North America. The bulk of their customers are independent boutiques, but J. Crew and Nordstrom carry pieces from the line.

“We are just starting to work with larger brands and retailers,” said Emil.

One of those larger retailers is CB2, Crate and Barrel’s hip home-goods store. The Hill-Side worked with CB2 on a collection of rugs, furniture, bedding and wallpaper that utilize the brand’s fabrics.

“We always wanted to get into home but we never had the bandwidth to do it,” said Emil, who added that going forward he’d like to sell fabrics directly to other brands, similar to Loro Piana or Harris Tweed.

For now, the brothers are focused on finding investors for their privately funded company and growing brand awareness.

“The brand has been ubiquitous for a while in men’s wear circles, but we are just now starting to flex our muscles,” said Emil.