The casual shirt brand refinanced a $30 million loan and is doubling down on existing customers to continue its growth.

It wasn’t easy trying to sell button-down shirts during the pandemic when everyone was at home wearing sweatpants and T-shirts. Just ask the Untuckit founders.

“It’s not a secret that we struggled like everyone during the pandemic,” said Chris Riccobono, who founded Untuckit in 2011 with his Columbia Business School classmate Aaron Sanandres to offer a casual shirt that would look good untucked. “We make a button-down shirt when everyone was buying athleisure. We had 86 stores — 35 that opened in 2019, two in England — and people weren’t going into the stores.”

It wasn’t pretty, but they did believe things eventually would get better.

“It was a battle we always knew we would win because we had just come off the greatest January and February in 2020 that we’d ever had and were one of the fastest-growing men’s retail brands,” Riccobono continued. “But we knew no matter how good we were and how many people liked our shirts, we were going to be in survival mode because people weren’t going out.”

So earlier this month Untuckit closed on a $30 million senior secured term loan with Second Avenue Capital Partners, a deal that the company said will give it the “financial latitude to continue [its] pre-pandemic growth trajectory.” It also received $6 million under the government’s Paycheck Protection Program.

Sanandres, chief executive officer, explained that the company’s existing loan was coming due, so they started to explore refinancing options. They settled on Second Avenue Capital, a Schottenstein affiliate that specializes in asset-based loans for the retail and consumer products market. It was Second Avenue’s retail experience that sealed the deal.

“A company like Second Avenue just happens to be a phenomenal partner for us on the financing side because they play heavily in retail,” Sanadres said. “We definitely have great relationships with our existing lenders — it’s not like we took anyone out completely — we just introduced a new lender to refinance a chunk of our senior facility that we previously had with Pac West Bank.”

In 2017, Untuckit raised $30 million from Silicon Valley venture capital giant Kleiner Perkins Caufield & Byers and it also counts Wayne Gretzky and Drew Brees as investors, all of whom are still involved, Sanandres said.

Thanks to this breathing room, “the future is very bright for the first time in a long time for Untuckit — and frankly, all retailers,” Sanandres said. “Untuckit is a brand that does very well in the ‘dress for occasion’ space: so travel, dinners, work, happy hours, drinks, brunch — when people are living their lives, we’re most relevant. It isn’t when people are stuck at home in their basements.” 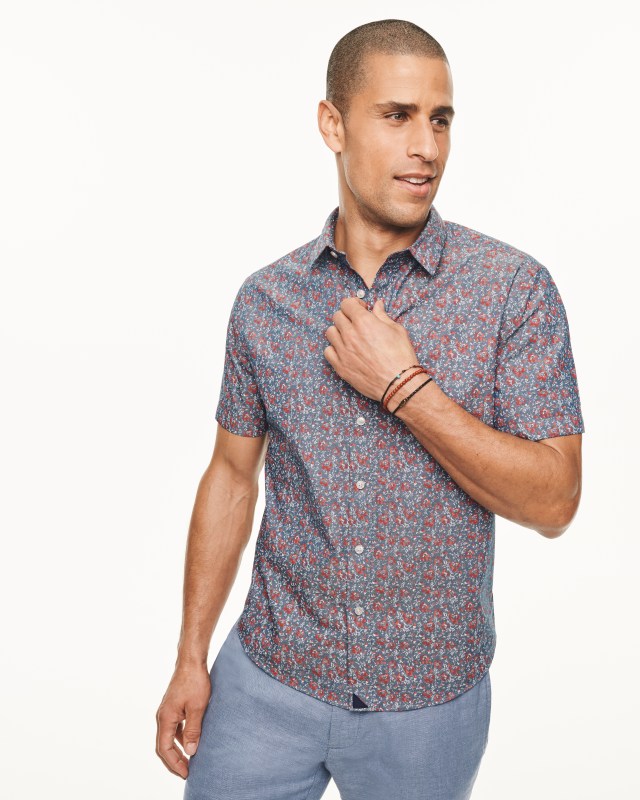 Button-down shirts represent the bulk of sales for Untuckit.

Riccobono said that business really “turned a corner” starting last month and men are starting to buy button-down shirts again. In fact, store traffic has picked up and sales figures are “getting close to pre-pandemic levels.” Shoppers are not balking at paying full-price and the company’s average unit retail is “the highest it’s ever been,” providing optimism for the future.

Adding to that optimism is that Untuckit’s assortment is primarily centered around a hybrid between dress and casual shirts, a category that is emerging as a key style option for today’s man. As Chris O’Connor, president of Second Avenue Partners, put it: “Workplaces in general have increasingly become more casual, and now post-pandemic we see that trend skyrocketing. Untuckit is well-positioned as the original go-to brand in this casual/dress dynamic and their meteoric growth will continue.”

Before the pandemic, button-down shirts had accounted for around 80 percent of Untuckit’s sales, with performance polos, henleys, T-shirts and other product making up the remainder. (Untuckit also offers sport coats, pants, shorts, sweaters, swimwear, socks and other accessories.) But during the pandemic, those numbers shifted to 60-40, Sanandres said, as shoppers sought more-casual offerings.

“Now what we’re seeing, is in-store, that ratio is back to pre-pandemic levels,” Sanandres added. Online, button-down sales represent around 70 percent of sales. “Once you get someone into a store, they behave in a pre-pandemic way,” he said.

When Untuckit launched 10 years ago, it was strictly an online player, but brick-and-mortar soon began to take hold. During the pandemic, e-commerce sales increased to around 70 percent of sales, but the goal going forward is to achieve a 60-40 online to retail ratio, they said.

While the retail rollout in 2019 was extensive, the pace will definitely slow in the next couple of years. Although a unit in Sarasota, Fla., is going to open next month, the plan is to add only around two to four units this year, a mix of pop-ups and permanent locations, Sanandres said, until it’s clear how shopping behaviors have changed as a result of the pandemic.

Additionally, the international rollout is on pause, at least for now. “We were going to expand through Europe, we’d had success in England, and there will be deals out there, but we’re not going to do it until this thing is well gone,” Riccobono said.

One category that is gaining in importance is women’s wear, which Riccobono said is “doing really well.”

Although it only represents around 5 percent of sales, Sanandres said, or around $10 million to $20 million, “It’s one of our fastest-growing categories and we haven’t marketed it at all.” 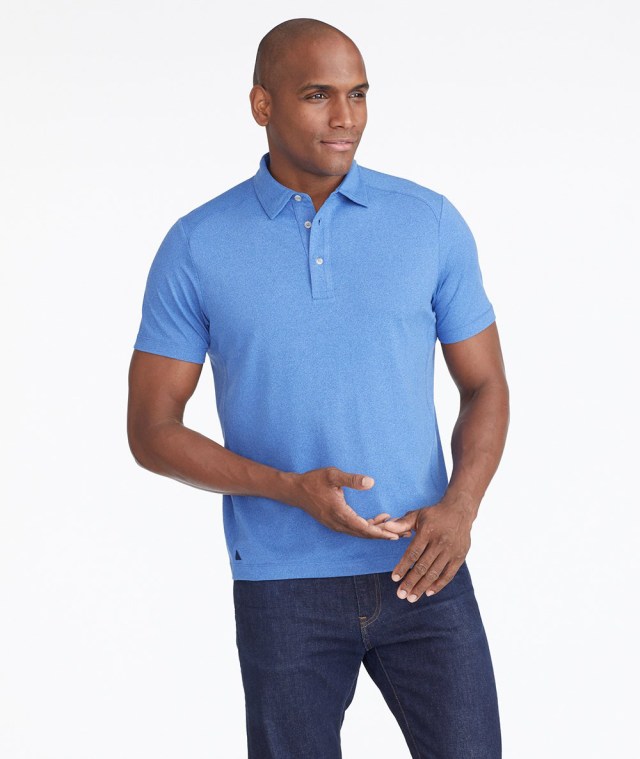 Looking to the future, the founders said the goal is to continue to expand Untuckit’s reach with existing customers while seeking new ones. “The most important thing for us is to get reconnected to our existing customers,” Sanandres said. “We have a really healthy repeat purchase rate and during the pandemic we saw that repeat rate come down. So getting re-engaged with our customers is priority number one and to do that, you need newness and product expansion and more marketing of our non-core product. People tend to think of Untuckit as only button-down shirts. Getting that word out and getting our performance polos on people [will be key].”

As the pandemic continues to loosen its grip and people are willing to refresh their wardrobe, book plane tickets and return to their offices, “we see a renewed optimism,” Sanandres said. And with Father’s Day right around the corner, they’re expecting another boost in business. “In 2019, we were the top-of-mind Christmas gift for a lot of people,” he said. “2020 was tough, but we expect a really strong Father’s Day.”