Business remains tough, but retailers remain upbeat as they negotiate the choppy waters. 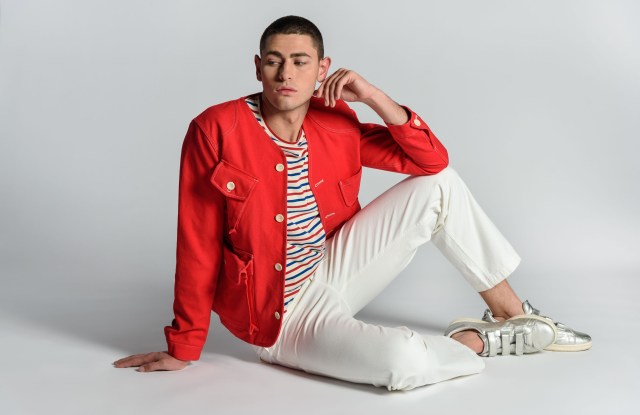 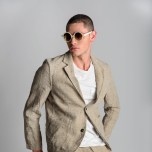 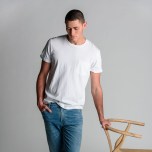 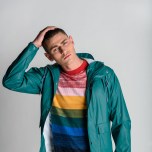 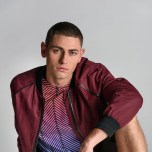 LAS VEGAS — While business conditions remain challenging, the retailers who have survived are upbeat about the future.

But the rules have changed. To lure customers away from their computers and into stores, merchants are being creative — installing pop-up shops, giving their stores a facelift and shifting their mix to inject a much-needed shot of color and comfort.

Although traffic seemed a bit off at the men’s shows here this week, the department and specialty stores who did make the trek to Las Vegas to shop Project, Liberty Fairs, Capsule, Agenda and the PGA Show found a vast assortment of colorful sportswear and clothing for spring, much of it boasting performance features.

At the Doneger Group’s spring men’s overview on the opening day of the shows, Patty Leto, senior vice president of merchandising, said, “The retail landscape is changing at an unprecedented rate” and merchants need to embrace those changes by “thinking out-of-the-box.” Today’s customer is time-poor and experience-hungry, she said, and searching for newness — and it’s up to stores to fulfill those needs.

Matt Beall of Beall’s Department Stores in Florida admitted, “It’s not easy, the top line is tough, but we’re managing through the traffic decline and running our business smarter.”

He said his stores’ strategy includes offering fewer promotions and more everyday value and ”giving the customer what they want.” For Beall’s, that translates into product that is comfortable with technical features and loads of color.

Ken Giddon, president of Rothmans in New York, said: “Retail is completely changed. If you play by the same old rules, it’s a recipe for [disaster].” But by adapting and switching things up, the future is bright, he believes — especially for independent stores who can adapt more quickly to the demands of today’s customers. “Independent stores now have more opportunities to determine the rules of the game,” he said.

Rothmans has been successful by installing a rotating series of pop-up shops and by updating its assortment. At the shows, Giddon said he especially liked the “cool sportswear with a European twist” at Serge Blanco as well as the well-priced casualwear at Rodd & Gunn and Nifty Genius. Other top finds at the shows included T-shirts from Jerry Kaye, shoes from Johnston & Murphy and the beach-inspired assortment at Faherty.

Mario Bisio of Marios in Portland, Ore., and Seattle, said his company is in the midst of a major renovation of its Seattle flagship that will be completed next month. And since the work started earlier this year, business has been booming. “We’re not subscribing to all this negativity,” he said. “It’s incumbent on retailers to create excitement and reward customers for getting out of their pajamas and coming to our stores.”

At the Vegas shows, he was looking for jeans, T-shirts, polos and other sportswear pieces with a “cool, casual vibe. That’s how people live today and we’re here to look under every rock and make sure we don’t miss anything.”

Ditto for Macy’s. Durand Guion, group vice president and men’s fashion director for the department store, found a lot to like at the Vegas shows. He pointed to “a continuation of exotic florals,” along with “all of the tie-dye interpretations,” as opportunities. “There was definitely a polishing up of the ath-leisure/athletic momentum which was a welcome shift,” he said, adding that the “use of sequins in unexpected ways” was also expected to “add energy and a sense of excitement to familiar items for spring 2018.”

Here is an overview of some of the key brands from the shows.

Aesthetic: Founded by the Paris-born denim guru Jerome Dahan, Citizens of Humanity was among the first to embrace the premium denim revolution. It’s known for its range of fits and washes for both men and women and is now sold in more than 35 countries.

Key styles: The Los Angeles-based label is jumping onto the performance bandwagon with its new Perform collection. It has taken its most popular jeans models and created them out of specially engineered fabrics with technical properties that range from stretch and moisture wicking to quick dry, antibacterial and temperature control. There is also a twill offering with similar performance properties. Perform has a special hangtag detailing its features and care requirements and is using athletes instead of models in its marketing materials.

Aesthetic: For the Alabama-based Reid, spring always evokes “a coastal setting,” he said. “I always enjoy blending Gulf Coast and Pacific Coast style into a congealed vibe. We had a little bit of tennis club influence this season, which gave us great reference for a subtle stripe inspiration.”

Key styles: Reid softened the casually skewed silhouettes in the spring collection, using lightweight construction, soft interlinings and fabrics that combined to have a “lived-in feel,” he said. These included an unlined suede trucker jacket, striped T-shirts and garment-dyed suits in silk and cashmere. There was also an assortment of hand-drawn prints that were used on cotton sport shirts and dégradé sweaters.

Aesthetic: In 1969, Jorgen Morup opened a small plant in Herning, Denmark, that focused on sustainable textiles. His son Mads started Knowledge Cotton Apparel in 2008 centered around the same principles that now offers casual men’s wear and accessories to the socially conscious consumer.

Key styles: T-shirts, both solid and patterns that include the brand’s signature owl logo used as a graphic detail, are key pieces along with polos and Henleys in solids and stripes. There are also hoodies, sweatshirts, cardigans and crewneck sweaters in tops and twill shorts and chinos in bottoms. The line also includes swim shorts made from recycled plastic bottles.

Aesthetic: Simoëns, who was named the artistic director of the women’s line Azzaro earlier this year, introduced this men’s brand last year. He wanted to create sportswear and tailored clothes that were easy to wear with unique details. Simoëns, who used to design his eponymous women’s line, recently opened a Paris flagship for his men’s line.

Aesthetic: Nautica is leaning into its heritage by continuing its partnership with Lil Yachty and implementing some of its older designs into the core collection. The Lil Yachty collection has resonated with retailers including Jimmy Jazz, Dr. Jays and Downtown Locker Room, which haven’t carried Nautica in a while.

Aesthetic: The inspiration for the spring collection was the coastal towns along the Amalfi Coast “where casual chicness is an effortless way of life. We used a beautiful, soft color palette with easy-wearing silhouettes creating an ever-lasting image,” they said.

Key styles: Since its founding in 2012, the brand has developed a following with its contemporary updates on classic silhouettes. For spring, this translated into oversize sweatshirts, canvas workwear jackets, kimono bombers and softly constructed suits. Geometric print woven sport shirts, canvas carpenter work pants, a four-button suit in Japanese indigo and a soft pink suit with a tuxedo stripe were also key to the collection.

Aesthetic: The footwear brand has a history that dates to 1883 when two brothers from Italy brought their skills in footwear manufacturing to Galveston, Tex., and started making boots for cavalry soldiers. They eventually expanded into Western boots for the cowboys and ranchers in the area and over the years have outfitted movie stars, foreign dignitaries and an array of U.S. presidents.

Key styles: The brand is known for its use of exotic skins such as American alligator, crocodile, stingray, python and rattlesnake as well as its ornate leatherwork. Although Lucchese has expanded into high-end shoes such as alligator chukkas, boots remain its primary business. For spring, the brand offers a pointed toe stonewash boot as well as square-toe models with double welt stitching with alligator vamps and burnished goatskin tops. Another model has an Eastern rattlesnake insert that makes the boot look like a wingtip.

Prices: Boots start at $350 and can go up into the thousands for the more exotic skins and detailing.

Key styles: Pieces that feel casual but appear more refined were the foundation for the assortment. The brand previewed fluid shirts with statement prints ranging from guitars to florals, matching sweatsuits with contrast pockets, and T-shirts embroidered with special details. For its holiday capsule collection titled Moonlight, The Kooples played with streetwear tropes and showed bomber jackets with details embroidered on the back, camo print T-shirts and shirts, and sweatshirts with gothic font messaging along the arm.

Aesthetic: This brand was started in 2011 by three Japanese graphic designers who wanted to create a line of dynamic T-shirts that are free of graphics. Instead they use fabric and colorblocking. For example, they paid homage to the Black Flag’s logo but reinterpreted it with black strips of fabric as opposed to using a screen-printing technique.

Aesthetic: Spring 2018 will mark Gitman’s 40th anniversary and to celebrate, the brand is reproducing 40 archival fabrics intended to honor founders Sheldon and Alfred Gitman. While the Pennsylvania-based brand is rooted in an East Coast preppie aesthetic for the anniversary capsule, the season also mixes the offering with West Coast-inspired prints.

Key styles: The anniversary collection features an assortment of vintage plaids, tattersalls and madras patterns while the rest of the line includes solid and striped oxfords, seersuckers, chambrays and linen in traditional button-down and camp shirts. The star of the season is the tropical Hawaiian print shirts that Gitman offers in rayon, the fiber used in the original shirts in the Fifties.

Prices: The shirts range from $165 for a basic white oxford to $205 for the rayon Hawaiian prints.

Aesthetic: Ironi and Shabtai, who are cousins with a background in watches and fine jewelry — their families are behind the Raymond Weil watch brand and the fine jewelry line Di Modolo — founded this eyewear line three years ago. They model the brand after a record label and name eyewear styles after classic songs. They’ve built a core collection of 26 styles but release capsule collections throughout the year. The brand is sold in retailers including Barneys New York, Neiman Marcus, Saks Fifth Avenue and Curve.

Key styles: For spring, the brand is releasing Geo, a capsule of lightweight, stainless steel aviators with flat lenses, and Sodapop, a line of bright sunglasses inspired by the disco era. They also previewed a line of sunglasses based on their core styles with tinted lenses.

Aesthetic: Champion’s lifestyle arm is building on its archives and revisiting its patented Reverse Weave technique, which eliminates shrinkage. The brand also launched a women’s line for spring.

Key styles: Champion showed its classic crewneck sweatshirts, which it updated with garment dyes or by utilizing old logos including a running man logo that Todd Snyder used in his collection for the brand. The brand also previewed allover print T-shirts, and a mesh program with reversible track suits.

Aesthetic: The brand blends its lifestyle ethos with performance features for its spring golf collection. Woven button-down sport shirts in classic men’s wear patterns such as ginghams, plaids and subtle stripes are infused with moisture-wicking and quick-dry features. Those same properties are available in polos, shorts, pants and layering pieces.

Key styles: The Howell performance button-down is offered in solids or patterns, a double-face cotton shirt has a plaid on the outside and a gingham in the interior. Linen is also making an appearance this season, in sport shirts, polos, knit jackets and shorts including the Brookdale model that is blended with cotton and features a flat front.