With its first ready-to-wear collection in stores, the swimwear brand is setting up new retail outposts and venturing into shoes. 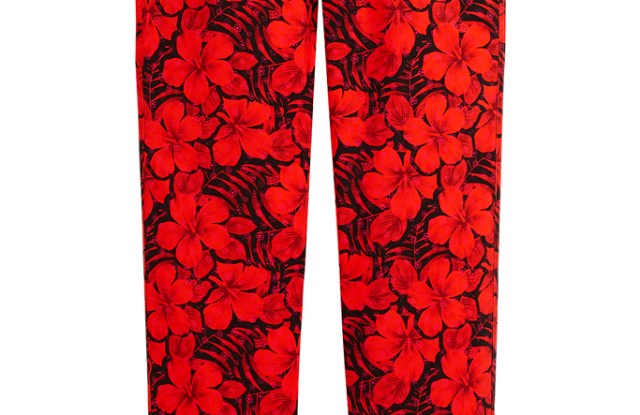 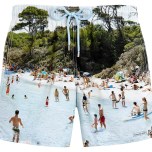 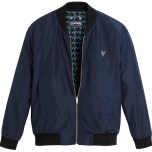 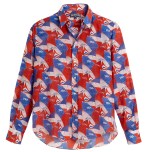 PARIS — Vilebrequin is moving full steam ahead with the expansion of its ready-to-wear business.

In the last six months, the brand has set up more than 15 stores in places as diverse as Bangkok and New York. More openings in Atlanta, Houston, Jakarta, Doha, Orlando and Dubai are slated for later this year, while 2016 will focus on the African continent, with plans to set foot in South Africa and Angola next on its agenda.

“We believe in Africa,” says Roland Herlory, Vilebrequin’s chief executive officer. “It’s hot there, the continent is seeing strong growth and we are also witnessing the emergence of a middle class,” he adds.

He says the company’s overall strategy “is to grow, but to do so without putting on too much weight. We want to extend our geographical footprint, without losing touch with the brand’s identity. And of course, we wish to move closer to our end-consumer,” he explains.

The French swimwear specialist’s first full-fledged men’s wear collection called V71 (named after the year the brand was born in St. Tropez) just hit stores, and helped log “record sales” for the month of May, according to the ceo.

Designed by Richard René, who is also to oversee the women’s and kids’ lines from next season onwards, the line builds on Vilebrequin’s beach wear codes, but is essentially conceived for the streets.

René, who cut his teeth at Hermès and Jean-Paul Gaultier and also ran his own couture line, joined the house in 2014.

Mimicking the label’s swimwear, the prêt-à-porter pieces are based on water-repellent fabrics; silhouettes of trousers are identical with Vilebrequin’s flattering bathing trunk cuts; while quirky elements such as metallic eyelets remind that this is a maritime-inspired line.

Herlory singled out a floral printed pair of pants made from a swimsuit textile as his favorite. “I can tell you, if you decide to take a spontaneous dip into the sea and are looking to get dry fast — with this pair you can. I test all products in my home in the Antilles,” he divulged.

The brand currently boasts a total of 200 stand-alone units in 55 different countries.

According to Herlory, the U.S. is its fastest-growing market, accounting for about one-third of sales and growing at 15 percent to 20 percent per year.

As of today, 75 percent of the label’s turnover is achieved with men’s bathing trunks, but this figure “could quickly decrease to 50 percent,” the executive noted, who expects to achieve 100 million euros, or $112 million at current exchange, in turnover by the end of 2017.

In November, the swimwear label will venture into footwear in partnership with Overland, which also manufacturers shoes for Paul Smith. Styles are to include flip-flops, sandals, espadrilles, sneakers and car shoes, following the brand’s colorful codes and matching its rtw prints.

Initially for men only, a range for women is slated to follow suit within two seasons.

With custom-made prints as the label’s trademark, Vilebrequin has also started to build artistic alliances with the goal to produce one artist collaboration per year with photographer Massimo Vitali, best known for his Beach Series, making the start.

The capsule offers the brand’s Moorea swim shorts featuring a beach scene shot by Vitali on the island of Porquerolles, off the coast of the French Riviera, where Vilebrequin is from — and a matching tote bag.