Is Fashion Taking Over Gaming?

With real fashion brands being featured in Sims, NBA 2K and Grand Theft Auto, the industry has officially infiltrated gaming.

Fashion and gaming took their relationship public in 2020, so what does that mean for 2021?

After years of flirtation resulting in trophy cases, esports organization collaborations and popular game characters appearing on products for global fashion and apparel companies, brands have officially entered the digital world — and in a big way.

With the real world on pause due to COVID-19, companies were quick to notice that fashion enthusiast gamers were recreating runway ensembles for their avatars in games such as Animal Crossing and Sims. And they wanted a piece of the action. Balenciaga unveiled its fall 2021 collection as a video game, Complex created a virtual marketplace for ComplexLand, and Gucci and The North Face kicked off 2021 with a collaboration collection for Pokémon Go, opening up new avenues for marketing and communication.

“There will be more eyes on how to leverage gaming to promote product,” said Paul Heavener, creative director of Hypemaker U.S., who led Hypebeast and Hypemaker’s partnership with Cyberpunk 2077 and Fragment. “I think we’ll see more partnerships coming out of the gaming space.”

Cyberpunk 2077 developer CD Projekt Red tapped Hypemaker to promote the anticipated game, and the creative arm of Hypebeast connected the company to Hiroshi Fujiwara’s Fragment brand for a collaboration collection.

Heavener compared the fashion industry’s interest in gaming to its interest in sneakers and streetwear, in that it was a niche community that bigger companies wanted to be a part of and were willing to invest in.

On one hand, brands can use video games as a way to reach consumers or stay top-of-mind for existing ones. In addition, as gamers continue to model avatars after themselves, there is an opportunity to outfit them in their favorite brands or introduce them to new labels. And as much of the world reenters lockdown in 2021 for health, wellness and safety, fashion brands can still safely outfit avatars and game characters. Heavener said he personally increased spending in game outfits and items in 2020 and a global survey from Hypebeast found thousands were doing the same.

“It seems that across [the Hypebeast] audience, people are playing and spending more in game than ever before and that’s here to stay,” he said. “I spent more time playing ‘Call of Duty’ and I’m more inclined to spend real money in game. At least my character has a unique outfit. The same mentality behind [shopping/collecting streetwear] applies — making yourself unique and stand out from the crowd, but you can do it digitally because that’s what you can do in lockdown.”

Prior to 2020, mobile games such as Covet Fashion and Kim Kardashian: Hollywood featured looks from Calvin Klein and Balmain, accessories from Judith Leiber and even designs from Karl Lagerfeld, while Sims teamed with H&M, Moschino and Asos on an in-game collection.

The NBA 2K series added Jerry Lorenzo, Don C, Rhuigi Villaseñor and Chris Gibbs to NBA 2K 2020 as characters with their clothes. Brands like Bape, Staple, Diamond Supply Co and Ih Nom Uh Nit also made it to the series. Louis Vuitton created skins for League of Legends champions and Jordan Brand sneakers made their way to Fortnite.

In 2020, brands and designers Marc Jacobs, Valentino, Tommy Hilfiger, Anna Sui, GCDS, Sandy Liang and more put their outfits in Animal Crossing, and Gelato Pique did the same, partnering with Nintendo on a real collection as well. In addition, Rockstar Games, which historically parodied brands for its Grand Theft Auto series, added Misbhv and Civilist to Grand Theft Auto 5 in a recent update. The two brands are the first real ones to appear in a Grand Theft Auto game. 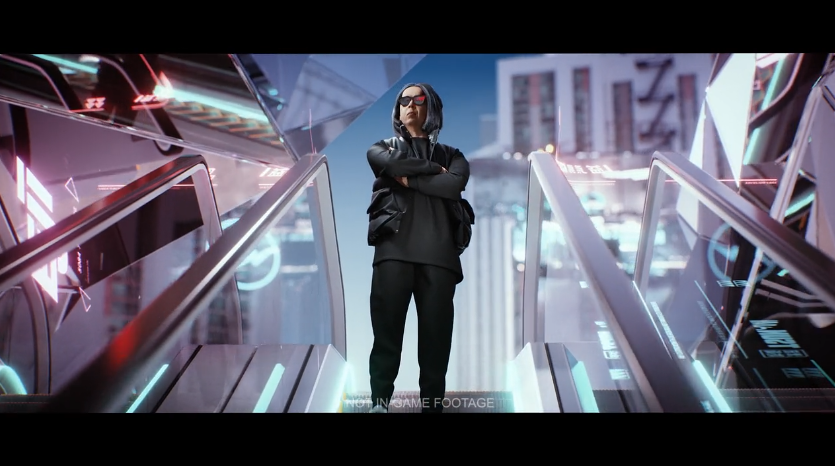 “Under the state of emergency, the brick-and-mortar stores were closed for a long time, and we couldn’t shop freely. On the other hand, Animal Crossing doesn’t need fabrics or sales floors, and you can still deliver Gelato Pique’s designs to users’ hands, which is very integrated with fashion as the game is highly adaptable,” said Akiko Makishima, subdirector of Gelato Pique.

The Japan-based loungewear company was approached by Nintendo to collaborate on a collection in real life and in game after members of the Gelato Pique brand re-created its designs in game. “When we posted the image on our official Instagram, we got contacted from Nintendo and this project started,” Makishima said.

“We believe that the digital space is a very effective place for the apparel industry to acquire a new market segment without having them visit the store,” Makishima said. “We think that we will coexist further in the communication perspective, as both allow [brands] to show, sell and buy. Also, the game users like to wear their favorite games and character T-shirts to play and we think these two industries can be a platform for each other.”

Brands continue to turn to Animal Crossing for its My Design feature that gamers use to make custom ensembles for their game characters, but Rockstar Games, 2K and Epic Games’ openness to including real brands in their games means companies could form partnerships in the development phase, or perhaps design a special capsule collection to only be worn in game.

Could we see a collection debut in an actual video game one day? “This in a way is already happening with our collaboration with Keinemusik as one of the T-shirts featured in Grand Theft Auto V and will release physically as a hoodie for spring 2021,” said Misbhv creative director Thomas Wirski.

Partygoers and DJ’s at virtual nightclub The Music Locker in Grand Theft Auto V’s recent update wear brands Misbhv and Civilist. The partnership is a first of its kind for the Rockstar Games franchise.

“I believe it’s another case in argument for the ever-evolving, multifaceted nature of our business. It is exciting to see fashion building a bridge with a totally new world,” Wirski said. “Partnerships like these change the reality of today and open the door for new, exciting possibilities in the future. Fashion is in constant exchange with the world — and virtual reality is just another form of this dialogue.”