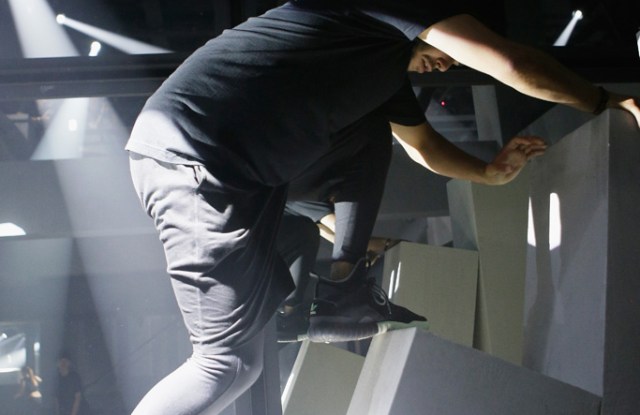 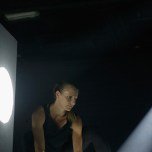 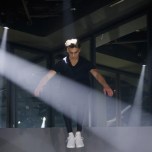 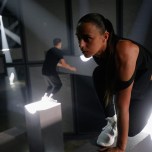 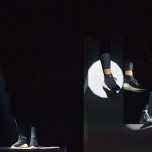 PARIS — Reflecting the growing codependency between sport and fashion, Adidas engaged in a marathon of presentations during Paris men’s week, which ended its five-day run here on Sunday.

The Herzogenaurach, Germany-based sporting goods firm highlighted all three of its divisions — performance, style and Originals — to showcase a series of new footwear and apparel styles in the midst of the Paris men’s schedule.

It started on Thursday with a group of local runners, who introduced Tubular’s new spring collection — literally in flight, as they were testing the styles, which are part of Originals, in a tricky obstacle course made of high pillars and brick walls.

“It’s important for us to do this, because Originals is per se a cultural brand, and not just retro. It’s heritage teamed with innovation,” stated Nic Galway, Adidas Originals’ vice president of global design, singling out the five new Tubular styles that combine Originals’ shapes from the archives with the brand’s prime knit and progressive Eva tube outsole.

On Friday, the company teamed with Matchesfashion.com for an intimate cocktail party at Paris’ No Club to fete a capsule designed for the e-tailer by Yohji Yamamoto. Then, on Saturday, it showcased its sneaker collaboration with White Mountaineering, which has blossomed into a full range of apparel this season.

In a backstage interview with WWD preceding his Y-3 show in Paris last weekend, Yamamoto said, “Sneaker culture changed fashion.” The designer, who has been collaborating with Adidas for the past 13 years on the Y-3 line, would know. He is billed as the godfather of the modern designer sneaker, the first of which he put into one of his shows more than a decade ago.

“When American businessmen go to the office today, they wear sneakers. And I like it,” he smiled, adding that he wears them too. “Walking the dog in the morning — for one hour,” he said.

His capsule for Matchesfashion.com, which is to go on sale July 3, consists of a jersey T-shirt, a canvas tote bag and a super-light nylon poncho featuring hand-drawn prints by the designer showing himself in motion. The collection will retail between $145 and $450.

It’s all part of a new game.

“We are a footwear brand, but apparel has become very important for us, it is constantly growing as part of the lifestyle side,” said Dirk Schönberger, creative director of Adidas, adding that although Adidas has previously presented some of its products during fashion weeks, the lines have become blurred.

“Performance, which includes all sports from running to basketball to football, still accounts for the biggest portion of our business,” he said, “but style and Originals are becoming substantial.”

Schönberger noted that collaborations especially have become a vehicle to improve the brand’s offering. “Times in the fashion business have changed radically, it’s about an exchange of ideas now, putting two things together to make the end-product better,” he said, listing the company’s 10-year partnerships with Stella McCartney and Jeremy Scott as examples, along with more recent collaborations with Raf Simons, Rick Owens and Kolor. “We don’t like short-term solutions.”

At an investor event held last week, the sporting goods giant identified Originals, running and football as key components in the group’s strategic business plan, which was presented in March, as reported.

“While Adidas football and Adidas Originals aim to lead in every market by 2020, Adidas running is targeting significant share gains in the coming years [in the North American market],” the group said.

Currency-neutral sales from Originals, which account for 2.6 billion euros, or $2.9 billion, are expected to increase by 50 percent by 2020, driven by Stan Smith, Superstar, ZX Flux and Tubular, while a series of new stores in more than 30 cities aims to engage directly with the consumer, it said.

As reported, by 2017, the firm wants 30 percent of its content to be created by consumers.

Adidas, which swung to a loss at the end of 2014, said net income was set to increase by 15 percent on average a year under the new five-year plan, while currency-neutral sales are to grow at a high-single-digit rate on average each year until 2020.