The former NBA player is creating a brand based on a black Santa Claus. 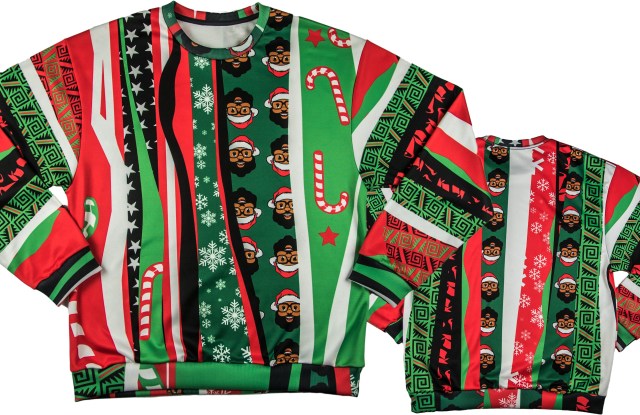 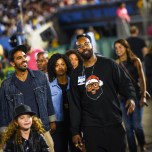 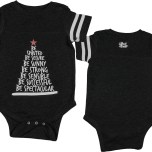 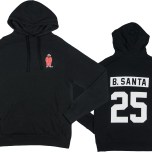 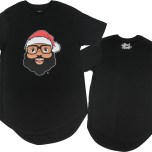 “I remember I didn’t want to go the party because I didn’t want to be Santa Claus,” said Davis. “But the whole night turned into magic. And people would sit on my lap and ask me for things like a new Ferrari or another Lakers championship.”

This led to the former NBA player trademarking Black Santa and launching the Black Santa Company, a brand that offers apparel and other merchandise centered around the Black Santa character, who resembles Davis but is not him.

“I told my business partner, ‘Imagine how great it would be to actually introduce a black Santa to the African-American audience,’” said Davis. “I know my mom, her friends and my grandmother would always search for figurines that reflected us because they wanted us to grow up feeling that same sense of worth.”

Davis has created a collection of unisex apparel — T-shirts, hoodies, onesies, ugly Christmas sweaters and hats — covered in Black Santa graphics along with gift wrapping paper, ornaments and lapel pins. The collection, retails from $12 for an ornament to $35 for a sweatshirt. Limited-edition pieces such as the Ugly Santa sweater is priced at $80, and a limited-edition logo hoodie retails for $50.

The collection is available on its e-commerce site and a kiosk at the Crenshaw Plaza in Baldwin Hills, Calif., but he has plans on holding retail pop-ups throughout the U.S.

According to Davis, Black Santa will be a character that exists all year round and collections will be seasonal. For example, in February he will release products based on African-American History month and introduce Mrs. Claus for Valentines Day. “She’s never had a voice. She’s been an undervalued person,” said Davis who added that other characters in Santa’s life will be introduced each quarter. These product drops will also include content initiatives and activations.

In 2012 while playing for the New York Knicks, Davis, a two-time NBA Championship winner, suffered a career-ending knee injury, but after rehabbing spent a short stint playing for the Philadelphia 76ers D-League team.

“Playing basketball is still something that’s burning in the back of my body and brain, but at the same time this is really my new basketball because it’s starting to fulfill the things I liked about playing for the NBA like being around a team, having fun, being creative and working hard. But I’m not completely ruling out a comeback.”