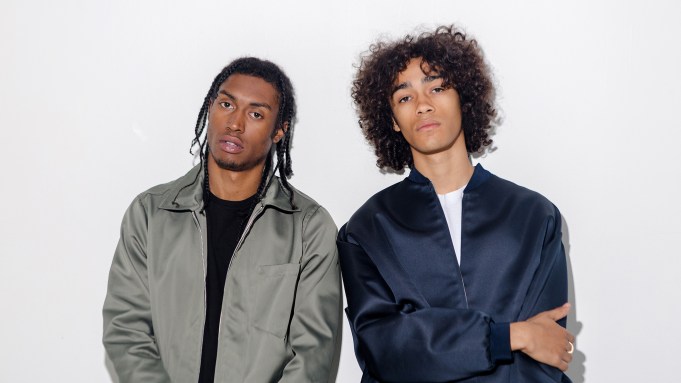 Canadian men’s wear brands that focus on elevated basics and athleticwear continue to emerge. Here, WWD highlights newer and more established names that are gaining traction in the market.

Fashion philosophy: The focus is on slow fashion that’s made in North America and a 100 percent gender-neutral collection.

Next steps: Opening a traveling store and collaborating with other brands.

Signature: They specialize in knits made in Vancouver, B.C. and sell a lot of 1×1 slub rib fabric henleys, crew necks, zip hoodies and tanks. They are also known for logo-free garments and subtle herringbone details.

Biggest breakthrough: The brand veers away from breakthrough moments and has built a following based on its premium fabrics and high-quality production.

Fashion philosophy: Merge rugged utility with considered simplicity. The line is inspired by the Canadian landscapes and Coast Modern architecture.

Next steps: An ongoing collaboration with Adidas Originals and other soon-to-be announced projects with global brands.

Signature: The brand is committed to the values of inclusion, creating clothes for real life and solving issues with shopping.

Fashion philosophy: Provide progressive style for the moments that matter by being a destination for customers who want to live and dress well.

Next steps: Expanding and redefining the omnichannel shopping experience.

Signature: The brand was originally known for its varsity jackets and bombers with an inverted left sleeve in contrasting material. They’ve since expanded the line to include men’s tops and bottoms.

Biggest breakthrough: In August, the brand crossed over into the architecture world by building its first showroom and boutique in a shipping container and opening in different remote areas.

Signature: The brand is known for its pants stitched with leather stars and a hoodie and button-down hybrid shirt.

Biggest breakthrough: A pop-up show that took place in front of the Palais de Tokyo during Paris fashion week in June 2015.

Fashion philosophy: A mix of youthful rebelliousness and high-end fashion.

Next steps: Getting out of the fashion system and creating a space and being more creative.

Signature: The color orange, which they define as a powerful color that represents freedom.

Biggest breakthrough: Opening a flagship store and participating in ComplexCon.

Fashion philosophy: Be creative, be yourself and be comfortable.

Next steps: Grow and bring the Atelier New Regime experience to more people across the world through various installations and pop-ups.

Signature: The brand, which was started by CYC Design Corp., is known for its fleece-based products.

Biggest breakthrough: Its first collaboration with Adidas in 2016, which is now an ongoing partnership.