The company tested the collection with the electronic music DJ, who wore the pair on tour and hikes.

Columbia Sportswear is partnering with Grammy Award-winning DJ and producer Zedd on a new collection of footwear called SH/FT that is designed for nature hikes and city commutes.

SH/FT is comprised of a waterproof knitted mid-top sneaker, which is the hero style for the collection, along with a non-waterproof low-top sneaker, and collaboration mid-tops. The new range launches on Friday, and will be followed by a leather hiker boot and outdoor winter boot in late September.

“The goal is to become equally famous in apparel and footwear and have a deeper conversation in footwear,” said Peter Ruppe, Columbia Sportswear’s vice president of footwear. “Everybody believes there’s an emerging category here that’s different from where outdoor has been in the past.”

Ruppe explained that the SH/FT collection is targeted to a younger demographic that tends to wear running shoes or other footwear not suitable for hiking. The knit sneakers look like casual shoes for city walks, but feature a midsole with beading technology that took a few years to develop. According to Ethan Pochman, Columbia’s vice president of global brand marketing, “We don’t want any footwear fails on the trail. We want to deliver this ability to take them out of town and into the town. It matters just as much on the street as it does on the trail.”

The Portland, Ore.-based company also collaborated with retailers Atmos, Ubiq and Shoe Gallery on the mid-top sneaker, and the styles also launch on Friday. The three retailers each touch on the company’s target market. Ubiq captures the city appeal, Atmos for the international clientele and Shoe Gallery for the outdoors-person. Additional SH/FT styles will launch at Foot Locker, Champs and Dick’s Sporting Goods on Aug. 16.

The company tested the products with “park rangers that beat the product up,” said Ruppe, and with Zedd, who took the shoes with him on the road and performed in them.

Born in Russia and raised in Germany, Zedd, whose real name is Anton Zaslavski, grew up in a natural environment and incorporates the outdoors into his performances, which piqued the interests of Columbia. In June, the electro house DJ performed at the Red Rocks Amphitheatre at Red Rocks Park in Colorado. He also had been promoting the sneakers on his Instagram page. 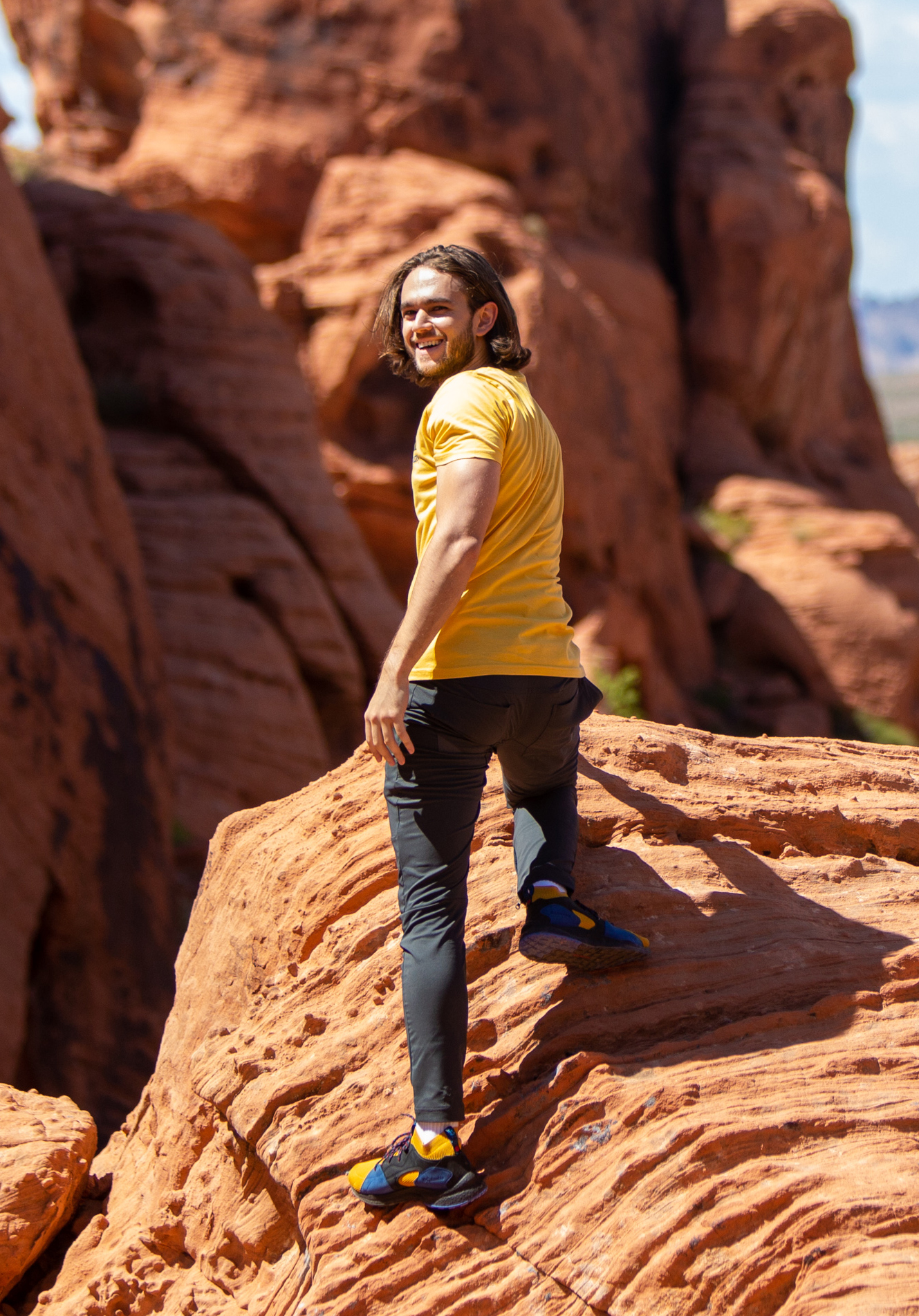 “We’re really amazed at his creative process and maturity,” Pochman said. “We’ve also noticed that he’s really into this fusion of the natural environment and the power and delivery of music.”

When Zedd, Ruppe and Pochman first met to hike, he was skeptical, but his opinion changed after wearing the sneakers for a 10-hour period hiking at Valley of Fire State Park outside of Las Vegas and then during his performance at Caesar’s Palace that evening. “He understood this is giving him another functionality and fits his lifestyle,” Ruppe said.

“He wore the collaboration on this 360-degree rig that has LED screens and spins around him, but it leaves him on an elevated grate where he’s jumping for an hour and a half. He said this shoe gave him stability, underfoot confidence and energy return,” Pochman said.

“The first time I performed in them was at Red Rocks, that’s also when we first premiered my new production and I had never played with it before, and I had never rehearsed in the booth,” Zedd said. “I didn’t need any mat because it gave enough support so it was a really happy coincidence that they prevented me from needing more support. As much as I love colors and crazy designs, at the end of the day, the comfort is the most important thing; especially when I go in September [because] I’m going to be jumping 100 minutes every day for two and a half months.”

Ruppe said including the company’s Sorel sister brand, footwear represents “a little more than 10 percent of Columbia overall business. The goal for us is to accelerate the growth and Tim [Boyle, Columbia Sportswear chief executive officer] is on record for wanting to at least double the business in two years.” He said the company has “already started working on other ideas for street use directly or outdoor performance.”