Current/Elliott Moves Back Into Men’s Sportswear

Following an attempt five years ago to offer men's sportswear, the denim brand is introducing a fall collection at stores including Nordstrom. 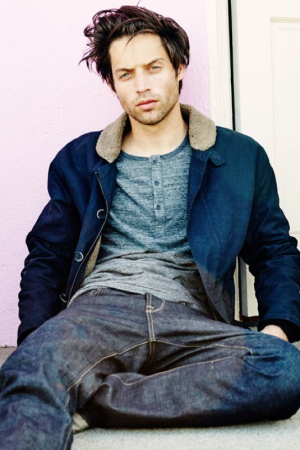 After previous short-lived attempts at building a men’s business, Current/Elliott is moving back into men’s sportswear for fall.

The Vernon, Calif.-brand, which made its mark in the premium denim industry eight years ago with boyfriend jeans for women, is offering 40 stockkeeping units for fall and 30 for holiday. Sourced from mills such as Kurabo, Candiani and Cone and distressed ever so slightly, denim makes up a third of the line.

This is the first time Current/Elliott is offering men’s sportswear since it tried relaunching its men’s division five years ago. Steering the brand back into the category is Kirk Von Heifner, who joined as men’s design director after designing knits at John Varvatos and Lightning Bolt and producing denim at Bedrock Manufacturing, which owns Shinola and Filson. The Nineties figure prominently in his aesthetic, which is also influenced by the military, workwear and Southern California circa the Sixties and Seventies.

“I was a teenager in the Nineties,” Von Heifner said, while turning over a $298 reversible camouflage military jacket at the showroom. In particular, the style of the late actor River Phoenix looms over the collection. “He’s the muse I think about when I dress the Current/Elliott customer. He mixed floral prints with military fatigues. There’s something timeless about how he put things together.”

Men can already start dressing like Phoenix. Current/Elliott has been offering several styles, including the camo jacket, $258 raw selvage jeans and an array of T-shirts costing between $88 and $98, on its web site and in its Los Angeles store. In July, it’ll make its first shipments to Nordstrom and specialty retailers in the U.S., Canada and Europe.

The brand is facing formidable competition from premium denim competitors, including Seven For All Mankind and Joe’s Jeans, which have been beefing up their men’s offerings with high-tech textiles and advertising campaigns to capitalize on growing interest from style-conscious men.

“Now is the time to get behind our men’s business after receiving multiple requests from our customers,” said Jack Schwefel, chief executive officer of Current/Elliott’s parent company Dutch LLC. Although he didn’t provide sales targets, he said he has “an aggressive plan to grow our business and build the same brand loyalty from the guys.”

For the holiday collection, Von Heifner is sticking with an indigo and gray base for a $248 cotton jacquard sweater, $698 hooded jacket that comes with a snap-on vest and $1,098 washed lambskin bomber jacket. In next spring’s selection, he’s working with the boyish appeal of the women’s line on a crossover collection to be sold to men and women. In addition to T-shirts and military-style jackets, he’s also working on two to three jean fits that could appeal to both genders. For instance, he’s drawing up a pipe straight leg with a 15.5-inch leg opening. “It transitions nicely to women,” he said.