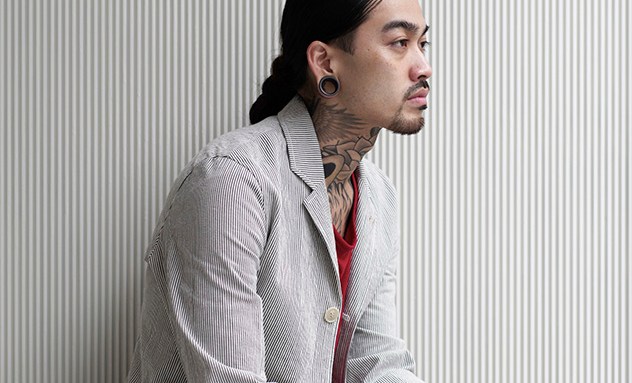 Edwin wants to win over the U.S. market with END, a new contemporary men’s wear line.

Edwin, a Japanese denim brand that’s been around since 1947, first entered the U.S. 20 years ago and is currently sold at retailers including Ron Herman and American Rag, but it never hit peak success.

“It was always too small and too niche,” said Deepak Gayadin, one of G-Star’s original executives who will lead END’s business. “The denim market for the last four or five years has been tough. It’s hard to sell jeans above $250.”

END will be a full men’s lifestyle brand priced from $39 to $319 and designed by Yutaka Endo, who has designed for Edwin and was previously the men’s designer at Citizens of Humanity. According to Endo, the collection veers away from the Japanese heritage aesthetic that’s flooding the market and will be more modern.

The line, which will be made in China, consists of two collections: Tokyo Slow, which is inspired by a movement to decelerate urban life in Tokyo, and Tokyo Modern, which will draw from traditional Japanese apparel. Tokyo Slow will include more relaxed pieces like printed hoodies and joggers and Tokyo Modern is made up of more formal pieces, such as a melton peacoat.

The collection will be available on Edwin’s e-commerce site starting Feb. 1, and Gayadin said the brand is hoping to be sold in better department stores. END, which stands for Edwin and Denim, will also open a store in NoLIta this spring.

“Department-store clients always ask if you are opening a store because it shows your commitment to the U.S. market and it’s a marketing tool,” said Gayadin. “It’s hard to explain your brand to the consumer in a multibrand store where they cherry-pick the collection.”

According to Gayadin, the store design will reference the Tokyo Slow trend. This opening follows other Japanese brands, including Snow Peak and Tomorrowland, unveiling stores in New York City.

“We want to show a different kind of store and we are creating a really amazing environment,” said Gayadin. “I think that people still want to shop, but shopping has to be different. It has to be something very special that people are like, ‘Oh my God this is a really good store.’”