Xset wants to be the Nike of esports.

The community-driven esports organization founded by fashion and esports veterans Greg Selkoe, Wil Eddins, Clinton Sparks and Marco Mereu has several goals it aims to accomplish with its mission of inclusivity. But on the fashion side of things, the organization is establishing itself as a premium fashion player in esports.

Xset on Wednesday will launch its first fall offering, the Xset Core ClassiX collection, with the second offering, the Xset Fashion collection, following on Oct. 16. The logo-driven collections, designed by Crooks and Castles founder and now Xset creative director Dennis Calvero, are intended to create heritage for the brand, but also to elevate what’s expected from an esports clothing collection.

Pieces include T-shirts, fleece tops and bottoms with Champion for $75; accessories like socks, hats, slides and shoelaces, and additional pieces for the home like rugs, a mousepad, and a cereal bowl, ranging from $14 to $180. Meanwhile, the fashion collection, made with ath-leisure brand FBRC, features garment-dyed fleece pieces for $90 in a bright green wasabi color palette and fall tones like cream and navy.

The organization will also launch a “blanks program” with FBRC for fans and consumers to purchase apparel pieces to be customized, and is launching footwear in November with a supporting T-shirt and fleece program and plans to expand into categories like denim, eyewear and underwear.

“We’re going to put out products that the gamer community isn’t expecting but wants, and it’s not just apparel,” said Eddins, cofounder and chief merchandising and licensing officer.

Xset was established this year and offered five apparel pieces in its launch in July, including its core pieces, the Xset jersey and tie-dye shirts, which it had to reorder three times.

“We really want the brand to stand-alone as a brand,” said cofounder and chief executive officer Selkoe. “We’ll do some collaborations, but we want the brand to be seen as the Nike swoosh of gaming. We’re working on making the brand itself desirable and popular.”

“We’re building the aspiration and doing it the best way possible through brand partnerships, new initiatives with celebrities and personalities and with the esports and gaming content we have,” said Eddins. “Everyone is expecting drops and big collaborations, but as a new organization in the middle of COVID-19, we can’t do it. It takes six months usually and because of the pandemic, it’ll take awhile. This holiday and in 2021, we’ll see the new styles.” 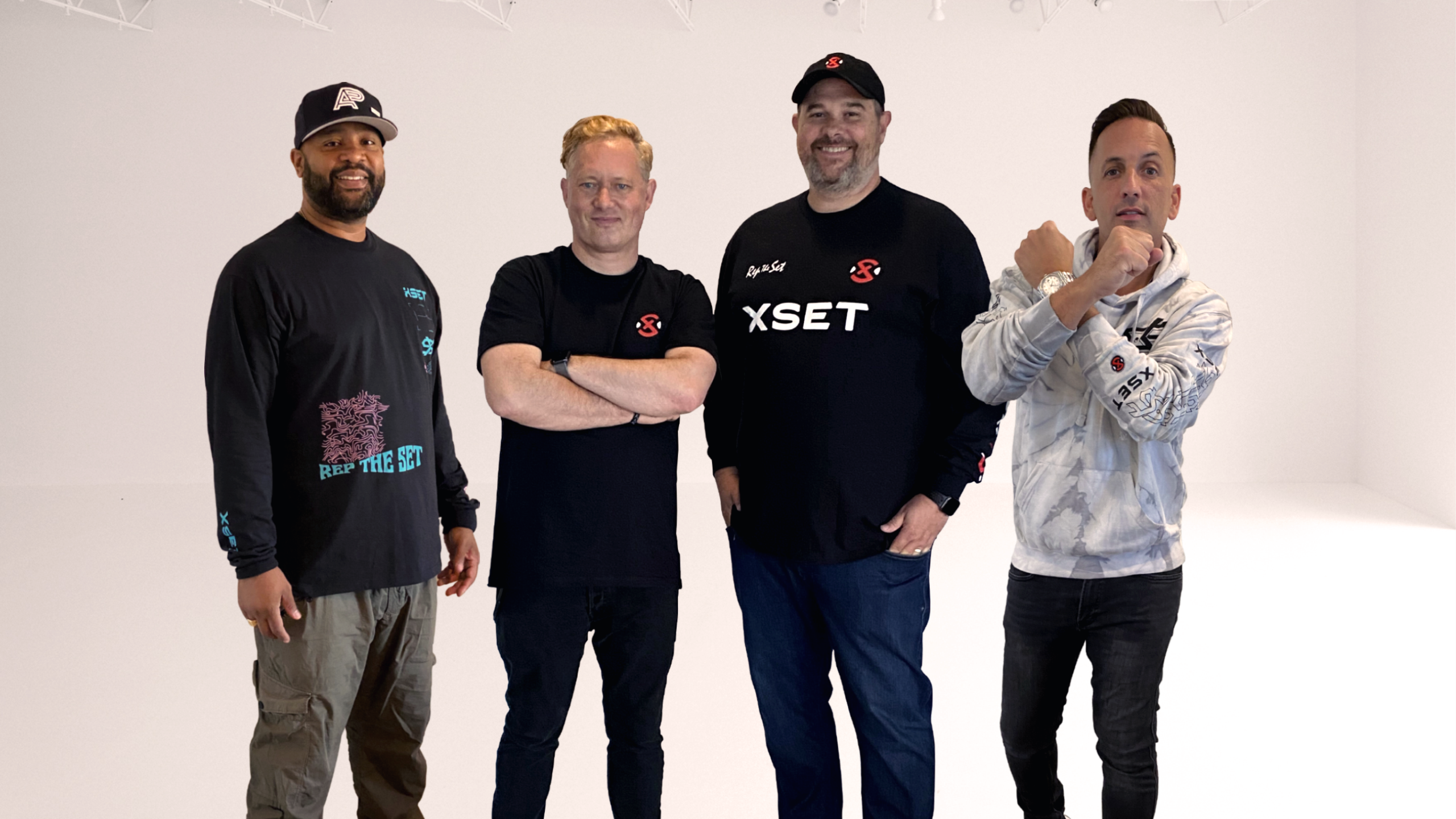 The cofounders set out for Xset to be the most diverse and inclusive esports organization in the world. Selkoe, Eddins and Sparks were previously at FaZe Clan and left to start Xset with Mereu, founder of esports network Framerate.

Xset is focused on making gaming and esports accessible to children through relationships with community centers and for women. Selkoe said esports teams don’t reflect how America looks today, but Xset has 18 women on its teams and works with the LGBTQ community.

The organization also partnered with Gamers Vote to register voters, with Breast Cancer Research Fund and eight additional esports teams on a collection of apparel and accessories with the proceeds going to breast cancer research, and with Gizmogul and 300 Entertainment to gift 100 children in Atlanta with laptops at a record release party for rapper Lil Keed.

Selkoe said the predominant advertising space on the Xset jersey will be devoted to a nonprofit charity that has not been named yet and a portion of the sales of the jersey will go to that charity. The organization will also do a campaign with the charity and programs for the children there.

“One of the things missing is that these players have a massive influence, but they haven’t been called on,” Selkoe said. “Gaming is not just a way to entertain themselves. It’s also a massive social network. Any time that gamers are practicing, they’re online. It’s a really unique connection with the fans.”

The organization has teams competing in World of Warcraft, Pubg Mobile, Rocket League and Call of Duty Warzone, which according to Selkoe, is a top three or four team and Fortnite, which finished fifth in the women’s event. They also signed Joke, the Madden World Champion, has eight content creators, including Xset cofounder and chief business officer Sparks, and recently signed Rae Sremmurd artist Swae Lee, who Selkoe said is a great Call of Duty player.

Xset members, whether they are gamers, content creators, or celebrities, must be gamers, and they should play well even if they’re not at the pro level. They signed on Monday pro bicycle athlete Nigel Sylvester, and will reveal more signings in the next three to four weeks. Selkoe even said he’s interested in signing his good friend Nick Wooster if he’s a gamer.

“It just feels really good to be working on something with social meaning,” Selkoe said. “We are cultural leaders in a lot of ways and we did a lot of that at Karmaloop.”