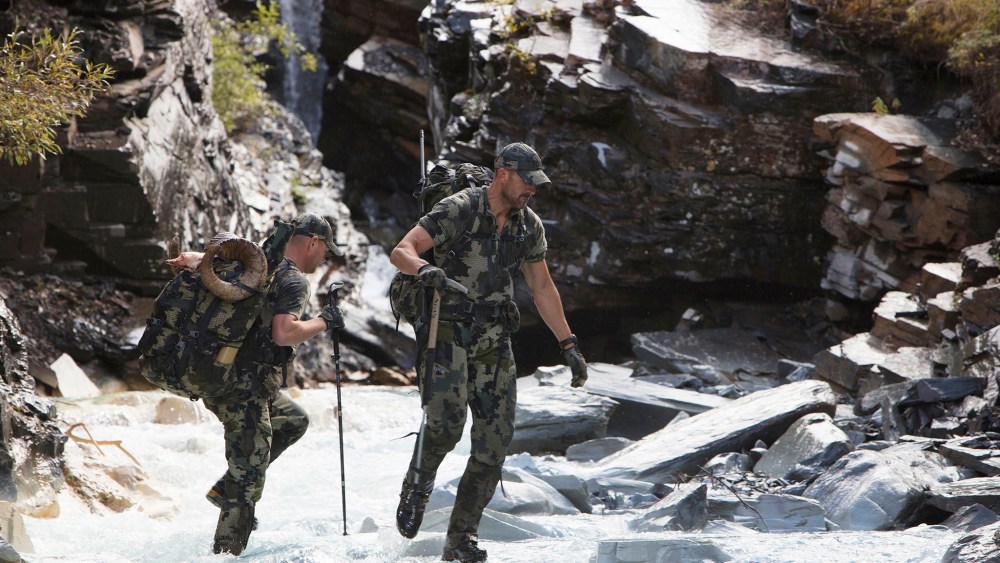 First off, he’s a former linebacker for the San Francisco 49ers and Denver Broncos who retired in 1996 after persistent problems from a broken neck put an end to his professional sports career.

And the apparel he produces is light years away from what’s shown on the runways of Milan and Paris.

But the former athlete is a case study in how to launch a successful niche brand and create unwavering loyalty from the target consumer.

This is the story of Kuiu.

After the neck injury ended Hairston’s football dreams, he started searching for his second chapter and began selling commercial real estate. Although he was successful, Hairston was unfulfilled and wanted to do something more suited to his passion for the outdoors — mainly hunting and fishing.

But rather than targeting the weekend warrior, Hairston set his sights on mountain hunters, the ones who spend two weeks — and a lot of money — in the wilderness searching for game. For this, they need high-tech gear that will stand up to the toughest elements in some of the wildest places on the planet.

Hairston spent a lot of time at outdoor specialists such as REI and Cabela’s but found the styling and the fabrications of the apparel offering to be lacking — and decades behind what was available for skiing or mountaineering.

So he hatched the idea for Sitka, a line of high-performance outdoor gear targeted to the affluent and athletic adventurers within what the U.S. Fish and Wildlife Service says is a $33.7 billion annual market for hunting expenditures. Sitka launched with a catalogue in 2006 — and one wholesale account in Bozeman, Mont. — and quickly attracted a following among wilderness hunters. By the next year, the line was carried in every major outdoor retail door in the U.S. and Canada and was doing about $2 million in sales.

Sitka attracted the attention of W.L. Gore, makers of Gore-Tex, which invested in the brand and eventually bought it outright.

Soon after, Hairston came up with the idea for Kuiu, a line named after an island in Alaska that would be targeted to the same high-end audience, but would be direct to consumer. Eighteen months before the brand was even created, he started a blog where he wrote about the suppliers, which include Toray in Japan; materials, such as Nuyarn merino wool or Quix Down Polish down, and the field tests that were being undertaken for the garments and gear. Soon 100,000 people were reading it.

Among its customers are sons of President Trump as well as professional athletes Carson Palmer, Hunter Strickland, Brent Burns, Jeremy Affeldt and Bruce Bochy. The company has also been commissioned by the Navy Seals to produce a line of gear for that elite group.

Hairston personally field tests all the products to ensure they are durable, weather resistant and comfortable. The products are not inexpensive — a full zip hoodie is $149.99, a vest is $129.99, a rain jacket is $369.99, shorts are $99.99 and rain pants are $329.99. But by eliminating the middleman, the brand can provide “significantly better products at incredible prices,” according to its web site.

Hairston’s marketing plan includes the launch, on May 20, of a “mobile showroom” that will start traveling the country, making stops in communities popular with his shoppers. Hairston has obtained an 18-wheeler truck, which has some 900 square feet of selling space, which will travel to 26 cities through November. They will set up for three days and bring the Kuiu story directly to customers.

“It’s a really disruptive way to go to the consumer without brick and mortar,” he said.

“You have to do something that attracts the customer you want to attract,” he added. The plan is to “create our own events,” Hairston said, adding that the mobile showroom stops will offer clinics, promotional events and even “movie nights,” where films created by Kuiu customers and submitted to the company’s film festivals will be aired. Those same films are also available on the brand’s web site. “It’s free content,” Hairston said. “We solicited films from our customers and were expecting maybe 20 submissions — we got 153.”

Word-of-mouth and social media have allowed him to build the brand without a lot of financial outlay. “People don’t trust ads,” he said, “but they trust their friends — that’s authentic. Real and raw wins today.”

Hairston said there are no plans to launch a wholesale business for Kuiu, although opening a brick-and-mortar store is in the cards for next year, most likely in Denver. There is also a shop at the company’s headquarters in Dixon, Calif.

Other plans for the future are to expand into more lifestyle products, as well as an expanded boot assortment, a fitness line and women’s wear. A kids collection is  being considered.