The Fear of God creative director prowls flea markets for inspiration for his popular streetwear label. 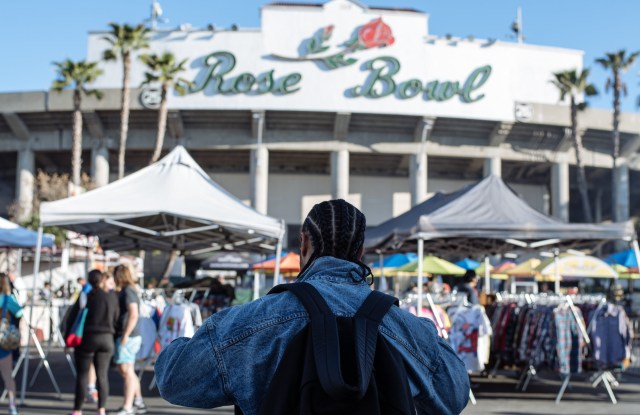 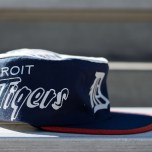 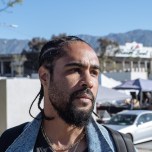 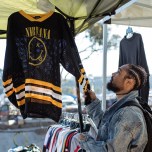 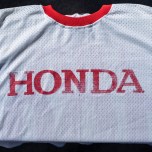 This story first appeared in the March 20, 2017 issue of WWD. Subscribe Today.

What began as a T-shirt-and-hoodie company has grown to include corduroy blazers, silk pajama shirts, sherpa-lined denim, and military sneakers, as well a diffusion line, F.O.G., available at PacSun. This month, the Los Angeles-based brand launched its aptly titled “Fifth Collection,” nearly a year-and-a-half after its last.

While Lorenzo doesn’t adhere to the industry calendar or seasons, he stopped short of calling himself a rule-breaker. “I didn’t come into this trying to be a disruptor,” explained the business school graduate, who skips sketching in favor of vintage shopping as he designs. “It honestly started from ignorance as to how the fashion world works. I came into fashion just trying to make what I felt was missing.”

Given his passion for vintage, WWD asked Lorenzo to show off what sparks his creative process at his favorite source of inspiration, the Rose Bowl Flea Market in Pasadena, Calif.

“It’s a good thing we came early,” said Lorenzo, arriving at 8:30 a.m. with his sister Natalie and brother-in-law Brian. “That’s when you beat the crowds.” His strategy is simple. “I’m keeping my eyes and mind open to what I might find,” he said, explaining that he doesn’t like to have tunnel vision for fear of missing out on the unexpected.

“I haven’t seen anything like this,” he said of an aquatic Nike shoe, before turning his attention to a red Vision Street Wear sneaker. “They remind me of high school.”

He purchased the two pairs of shoes, a vintage Pearl Jam shirt, a Metallica “Black Album” T-shirt, and a Detroit Tigers hat, a nod to his father, Jerry Manuel, who was drafted by the team in the Seventies.

A nearby rack immediately caught his eye. Lorenzo flipped through several pairs of white Dickies utility pants covered in paint.

“These are all original,” explained the vendor. “That’s 15 years of a collection from a muralist.”

“What’s your average price point?” Lorenzo asked, his excitement tangible. “How many more do you think you can get?”

“How many more do you want?”

“What’s your name?” the vender asked, attempting to play it cool.

He may not have known who Lorenzo is, but he won’t soon forget him. The Fear of God founder bought 20 pairs right off the rack. While he declined to share his plans for the bulk purchase, he did offer, “We’ve done some re-branding of old vintage rock Ts in the past and I think this is sparking something, some type of re-branding.” He paused. “I may find myself sitting on 20 pairs of these, and I never do anything with them, or it may turn into something.”

Lorenzo said he was drawn to the painter pants because of their silhouette, their proportion, their baggy fit, their soft fabric. “These are from real painters,” he continued. “It’s not a contrived piece that you find in a mall, you know?”

He and the vendor traded information and planned to meet up days later for more. “I better get out of here before I spend all my cash,” Lorenzo said, just 15 minutes into the hourlong shopping expedition.

Next he stopped by a sports memorabilia collector. Lorenzo flipped through a few varsity jackets, before settling on a Boston Celtics tin. “You had a Mets one I wanted,” he told an older gentleman. “I watched it for three months and the day I went to buy it, it was gone.”

“That happens,” the guy chuckled.

Not this time. As Lorenzo walked away with the Celtics bin, he told his sister, “That’ll be good for an IG post with some sneakers.”

Other purchases included a plaid robe, a R. Kelly T-shirt, a long-sleeved color-blocked Nike Air sweatshirt, and a pair of gray Levi’s. “This wash just jumped out at me,” he said of the vintage jeans. “We’ll try and remake it. It’s similar to this bleached-out light blue wash that we released in our fourth collection. This would be a nice brother to that.”

During his time at the Rose Bowl, Lorenzo talked shop with nearly everyone he encountered. They discussed dead stock, licensing rights, preservation techniques and specialty vendors. The trip was also a chance to see friends and fans. Two lanky teenage boys politely asked for selfies. Later a male stylist tells him, “I saw the new collection. I need everything.”

Admittedly, all the fanfare is a far cry from when he worked in the stockroom at Diesel. “I wasn’t cool enough to be on the sales floor,” he said, while explaining why he’ll “never” change his approach or play by anyone else’s rules again. “I don’t have a chip on my shoulder, but I’ve never really felt accepted by the fashion world….I never want their acceptance or their system to interfere with what I’m trying to present, you know?”

“This is my process,” Lorenzo concluded, with a sweeping view of the Rose Bowl football stadium behind him. “I love it here. It’s rejuvenating.”