The men’s resort-inspired lifestyle brand is opening six stores this year and looking at international expansion.

It’s been 15 years since photographer Adam Brown set out to create an alternative to the baggy, brightly colored swim trunks he saw guys wearing by the pool. Determined to offer an alternative that was tailored and sophisticated, Orlebar Brown was born two years later.

Today, the London-based brand has moved beyond swim trunks to a full resort-inspired collection of men’s apparel and accessories that draw their inspiration from Slim Aarons’ photos of the Riviera and Palm Beach in the Sixties.

The brand operates 32 stores in some of the most enviable vacation communities and top-tier cities around the world and it’s also carried in high-end retailers including Neiman Marcus, Saks Fifth Avenue and Mr Porter.

Over the past several months, as the pandemic has been raging around the world, Orlebar Brown has continued to move ahead with a plan to increase its retail footprint. Six brick-and-mortar locations will open this year, including units in St. Tropez, Paris and Mykonos.

“Despite the global pandemic and difficult economic conditions, we still believe in the role of physical retail and are continuing to expand our global retail presence,” Brown said. “This year we have new stores opening in St. Tropez, Biarritz and two popular Paris locations. Additional locations will be revealed soon. We will continue meeting our customers in key sunshine locations to excite, encourage and enable everyone to ‘Holiday Better,’ wherever they are.”

He said since the company’s fleet of retail stores has reopened, the ones in resort communities are performing well as consumers flock to vacation sites this summer. But those in urban locations such as New York and London are lagging behind since people “are less comfortable about going shopping.”

Brown said while the company still believes in the viability of retail, Orlebar Brown is committed to a “mixed approach.“ Direct-to-consumer represents 70 percent of the company’s sales — 45 percent of which is online — while wholesale is 30 percent. Five years ago, the percentages were flipped.

“Wholesale is where we started,” he said, “but we believe in a multichannel approach — that’s the way forward for us.” 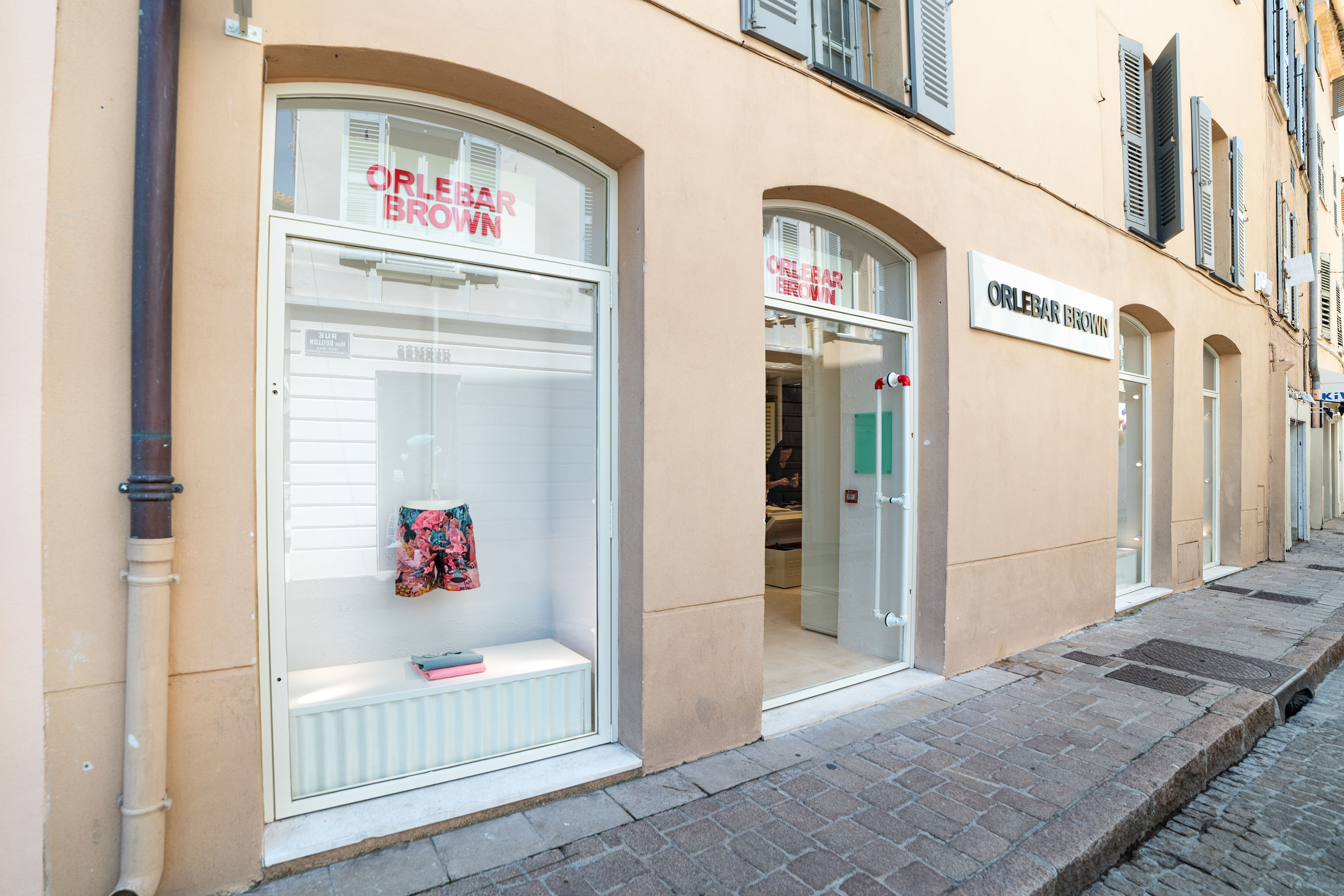 Additionally, swimwear continues to represent the lion’s share of sales — 35 percent — and is “very much the heart of the brand,” Brown said. But other categories such as T-shirts, polos, day shorts — a category that experienced the biggest growth over the past 12 months — underwear, shoes and more, represent the remainder.

The new stores, which average around 2,000 square feet, are intended to showcase the full breadth of the brand and will not carry third-party labels, Brown said.

“There is so much we are eager to accomplish,” he said. “As we look deeper into how travel and holidays continue evolving, we are also looking at the possibility of expanding into new product categories — currently we aren’t designing luggage, suncare, travel accessories, etc.

“Additionally, we are currently focusing on markets we already have a presence in, especially France and the U.S. where we have existed through wholesale and online for a few years. In the U.S., we are still only in New York City and South Florida, while in France we only have stores in Paris, Biarritz and St. Tropez.“

Beyond that, he said, Orlebar Brown is looking at other countries as well as expansion targets.

“Looking even more into the future, expanding internationally will certainly be a priority as we have not expanded into the Far East, South America, and Russia to name a few,” he said.