Richard Lambertson and John Truex are back and getting primed for their Shinola debut. 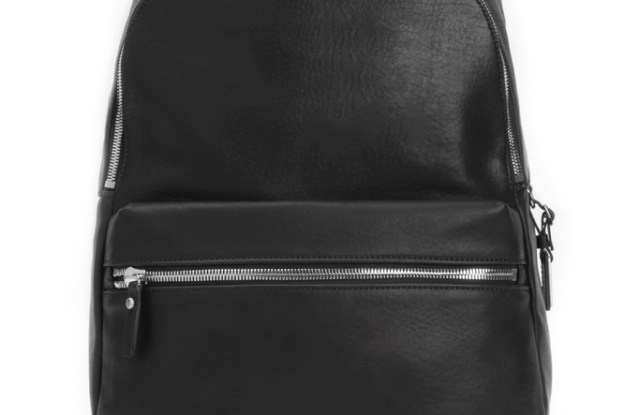 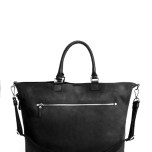 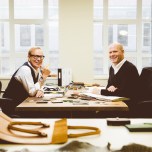 Richard Lambertson and John Truex are back and getting primed for their Shinola debut.

“We fell in love with the idea of American manufacturing. After our visit to Detroit, there was no doubt that we wanted to be a part of the brand,” said Truex.

Shinola founder Tom Kartsotis said a conversation with Rose Marie Bravo, a former chief executive officer at Burberry, about the most important accessory designers led him to Lambertson and Truex.

The duo launched its first line of women’s luxury handbags in 1998. Samsonite bought the line in 2006 and in 2009 it was acquired by Tiffany and Co., where the designers were responsible for the design and development of Tiffany’s handbags and accessories up until 2013, when they and the retailer parted ways.

“We are making a huge investment in leather and it’s all about the product. It was a design decision,” Kartsotis told WWD, adding that leather accessories make up 10 percent of Shinola’s sales.

The designers’ first task was to create a men’s leather capsule collection. They used Shinola’s existing assortment of leather accessories and the idea of Americana ease as a springboard for the line, which will be available in top-tier department stores and Shinola locations in mid-August. The collection includes a messenger bag, an unlined tote, a backpack, card cases, technology cases, belts, wallets, journals and briefcases. The line is exclusively made from American leathers and features stainless steel hardware. Small leather goods start at $95 and larger items range from $695 to $1,250.

Since joining the team, the design duo has fully embraced Shinola’s Made in America ethos. They visit Detroit weekly to work alongside five artisans who create patterns and develop prototypes. Truex said this working style allows for experimentation, which he hopes to do more of down the line.

“We want to constantly push and try different styles. There are no rules. Guys are no longer just carrying black leather wallets,” said Truex, who added that they will release two seasonal accessory collections a year and launch a women’s line of Shinola leather goods in 2016.

Lambertson and Truex will also be involved with the College of Creative Studies, a Detroit design school. Shinola and the Council of Fashion Designers of America are working with the school on a four-year accessories design degree program, which starts in September. The designers will teach classes and advise the school on the curriculum.

Kartsotis said the CFDA’s help with the CCS accessories program led to Shinola signing on as an official sponsor of New York Fashion Week: Men’s, which will take place in July. Shinola will show its spring 2016 collection at the event.

Shinola, which is owned by Dallas-based private equity firm Bedrock Manufacturing, is on the journey to become a $100 million business. Kartsotis said the brand expects to make over $10 million in the leather category this year. It currently operates seven stores, including one in London, and will open locations in downtown Los Angeles; San Francisco; Palo Alto, Calif.; Venice, Calif.; Ann Arbor, Mich.; Portland, Ore., and Washington, D.C. this year.

Kartsotis said Shinola is exploring new categories for expansion including eyewear and audio equipment, specifically turntables, speakers and headphones, but apparel isn’t a priority for the brand today.

“I think that it’s hard to be competitive in apparel right now,” said Kartsotis. “It’s really more about projects we can manufacture in the United States and create jobs.”